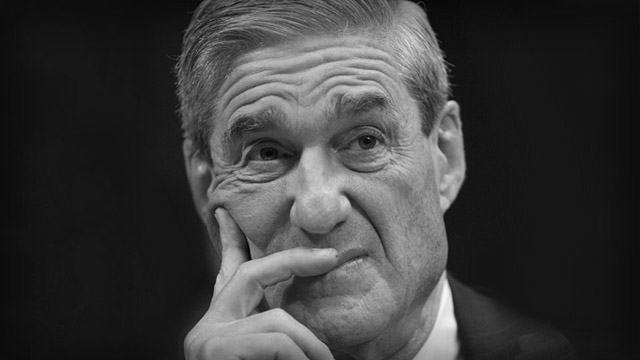 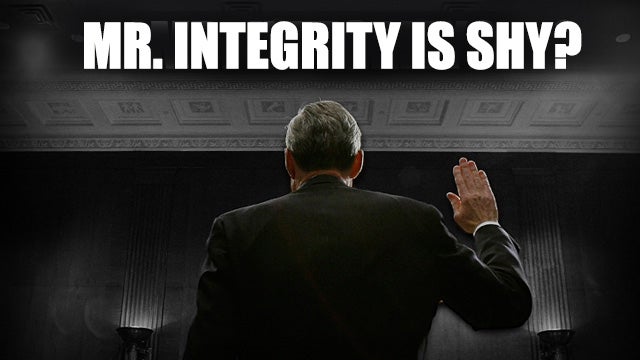 “It appears the negotiations have stalled. So congressional negotiators are trying to convince Mueller to come up and speak, and he won’t.” Do you know why they think this is? (interruption) You don’t know why they think this is? They think (impression), “Barr won’t let him.” They think, “Barr is being a big meanie!” They think, “Barr won’t let Mueller come up and talk! Mueller really wants to come up and talk, Mueller wants to say how he thinks Trump colluded with Russia and everybody, but Mueller is not being permitted to by Barr — and (sputtering) of course, Trump — Trump — won’t let Mueller go!”

So they’re asking anybody they can find. So Stephanopoulos asks Pierre Thomas, “Why won’t Mueller come up and talk to us?”

THOMAS: Attorney General Barr continues to say Mueller is free to testify, but House Judiciary Committee Chairman Jerry Nadler expressed frustration yesterday that he still can’t get a date for testimony. My sources suggest that the reclusive Mueller is not eager to be caught in the political crossfire, but those negotiations continue.

RUSH: (Nadler eating impression)”Oh! (obnoxious chewing) So Jerry Nadler (smacking lips) says that (chewing) Mueller… (smacking lips) Just a sec. (slurping) Doesn’t want to come.” (laughing) Snerdley, people aren’t gonna know what that’s about. We had a sound bite yesterday. Nadler was eating while being interviewed in a podcast by John Harwood and it literally sounded just like that. So I was, of course, mocking Nadler. I mean, the guy… (chuckles) You don’t eat in politics! You don’t eat when the camera’s rolling. You don’t let people see you eat. But he was (impression) eating and talking (smacking lips) while swallowing and slurping and so forth.

If Mueller doesn’t want to talk, do you know what it means? It means he’s got nothing to tell ’em that he knows they’re gonna want to hear. If Mueller had things to tell them that they wanted to hear, he would have been there by now. Bob Mueller’s like anybody else in that town: “Give me a really good puff piece in the Washington Post and I’ll do anything for you.” If he thought there was a great Washington Post Style section puff piece waiting, he would have been up there by now. But Mueller knows he doesn’t have anything to tell them along the lines of what they want to hear.

All Mueller knows is that if he goes up there and talks to ’em, they’re gonna be disappointed and mad at him. He doesn’t want them mad at him, and the press and all these Democrats are Capitol Hill, they think that Mueller should know that they’re on his team. See, they’re convinced that Mueller has got more information than Barr has released, that Mueller has more information than what’s in the report. And Mueller is essentially saying, “I don’t got nothing, I never had anything, and I’m not gonna come up and tell you that.” So they’re very, very depressed.

They’re very, very disappointed. Because all of this, all of this current stance has relied on Mueller coming up and unloading and proving that Trump and Barr are trying to hide something.

RUSH: By the way, just so you people don’t think that I was being rude, I want to play you the Nadler sound bite. This was yesterday. Actually, it might have been two days ago, but this was Nadler, the chairman of the House Judiciary Committee, being interviewed by Harwood on a podcast. You can hear this. 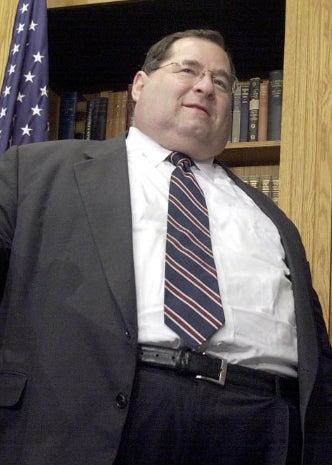 RUSH: That’s Jerry Nadler. Who does this? The cameras are rolling. Cameras and microphones are on and he’s doing this and all. Harwood, the host, is doing the same thing. And Nadler, you know, he used to way over 400 or 500 pounds. Not that that’s a factor. It’s just added information. At any rate, that’s why I did it. (snacking lips) I hate it. It irritates hell. It’s the biggest pet peeve I got, people making noise when they eat. I can’t…

You know what? I can’t stand people that look like they are squirrels when they’re eating. Da-da-da-da. Chewing like a mile a minute? I have to look away. I have to turn away. Even when they’re making no noise, I have to turn away. I cannot… I can’t look at it. It’s not just a matter of not being able to handle the noise and the rudeness and the yukiness. If somebody is chewing away like they haven’t eaten in 15 years — like a bunch of rodents out there in the backyard — I can’t handle it. That’s why I eat slowly. I eat sparingly.

I rarely eat in public. I make it a point to make zero noise. I don’t slurp. I try not to even have… You know when people are drinking and sometimes they’re really thirsty and you can hear them swallow? I try and make sure I don’t even make any noise when I’m swallowing, especially when I’m sitting next to a nuclear-bomb eater. (interruption) Okay. You’re gonna make popcorn? (interruption) Oh, you’re gonna chew it! Oh. You can chew anything and not make noise!

I have perfected it. I’ve done it hoping that the noisemakers would notice it. That’s why I perfected it. I’ve tried to influence these rude, impolite people by making zero noise swallowing, drinking, eating, period. Doesn’t work.