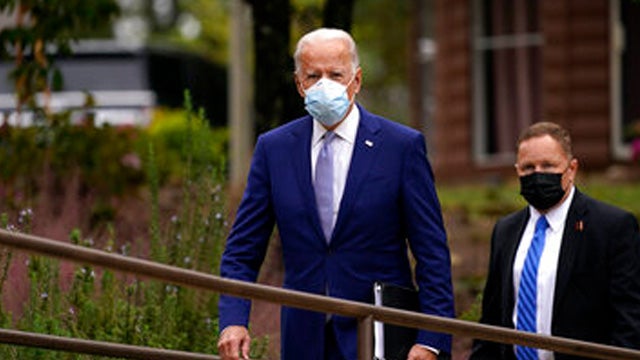 BIDEN: We looked at the latest reported data on how it indicates that we’re on upward slope of a bigger wave of confirmed infections than anything we experienced to date. This is not political. It’s patriotic. Wearing a mask. Wear one. Period.

You know, Warm Springs, Georgia, is where FDR went to die — Franklin Delano Roosevelt, for those of you who may not know who FDR is. He was a president married to Eleanor Roosevelt, who Hillary Clinton talks to at night, one ghost to another. (interruption) No, Hillary says she does! I’m not making it up.

You know, 365 cars, that wouldn’t even make a respectable Trump caravan. Seventy-five thousand cars rallied for President Trump in Miami last week. By the way, aren’t Biden’s car rally’s attendees, by definition, honkers? That’s what they do: They honk their horns instead of applaud! I thought that was the funniest thing when I was watching Obama last weekend. 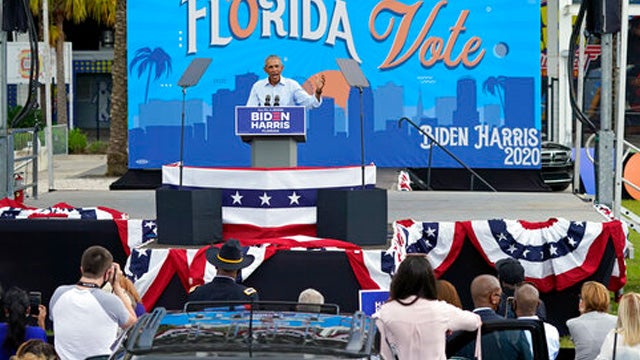 He’s in North Miami, and he’s doing these appearances and extolling the virtues of Biden — and whenever he talked about Biden, nothing. Zilch, zero, nada. But when he started ripping into Trump, that’s when all the car horns went nuts. I tell you, there is no movement for Biden. There isn’t any bond or inertia for Biden.

The Democrat Party is made up of people who are just immersed in pure hatred. It’s all it is, just pure hatred for Donald Trump, and you know one of the reasons for the hatred? He’s successful. He has succeeded. These people have done everything they know to try to stop him. They have failed. He is better than they are. He is smarter than they are.

He wins and wins and wins while they continue to lose, lose, lose, and they despise him for that. Now, they tell everybody they hate him because his personality is abrasive, and he’s got bad manners, and he’s unkind, and he’s mean-spirited. That’s not what it is. They hate Donald Trump like high school kids hate each other. They are jealous. 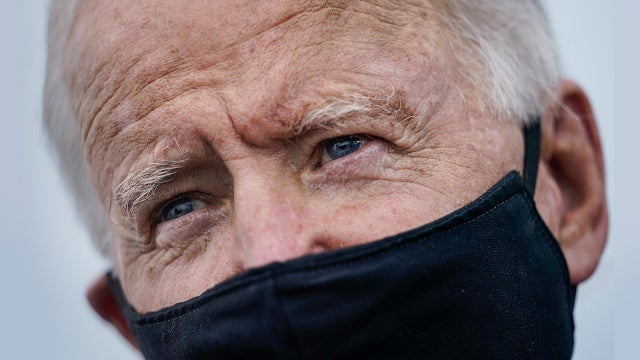 But, no, Donald Trump went out and earned them — and Donald Trump has his own building named after him where he lives in the top 10 floors. And it’s all bedecked in gold. And they hate him. They’re jealous, folks. It’s just simple, basic, raw human nature. They are jealous. Trump has done things they cannot do. They’ve tried. Some of the Never Trumpers, for example, have run for president. Some of them have been campaign consultants for others who ran for president. They’ve never amounted to anything.

They write. They work for magazines. They ask rich guys to give them money so that they can publish a magazine. And then they tell the readers of the magazine to join them on a cruise after every election defeat. Just join us on our cruise to the far Rockaways as we explain to you what went wrong and how if you listen to us again, you’ll keep losing. That’s the Never Trumper recipe for financial success.

But Trump just wins and wins and wins, and despite their best efforts to stop him, they’ve thrown everything, Democrats, media, Never Trumpers. They’ve thrown everything at Donald Trump, and he’s still there. And you know what else? Donald Trump is still enjoying life — his. He still gets up and loves living every day, despite their best efforts to make him miserable, to make him unhappy, to trip him up, to try to turn him into somebody bitter and dank and dark and pessimistic. They haven’t even been able to do that. 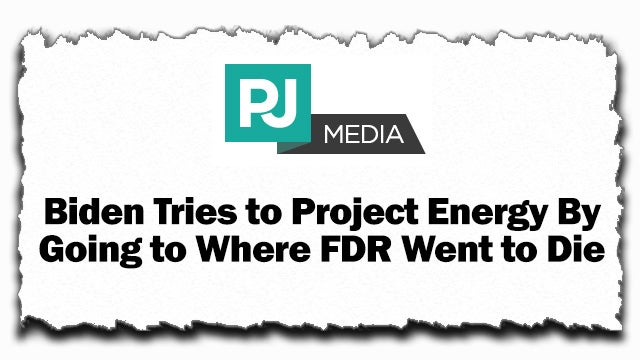 “Franklin D. Roosevelt died in Warm Springs eighty-two days into his fourth term. Biden’s choice of Warm Springs for a speech today projected not so much hope and resilience as it pointed up the parallels between Joe today and FDR in his final months: the confused speech, the need for long periods of rest, and the suspicions that have dogged the campaign. Will President Biden, should he shuffle into the Oval Office as most polls continue to insist he will, last longer than eighty-two days” of FDR in his fourth term?

And here is a story. This is at the Issues & Insights website. Their editorial. “Biden Looked Normal At The Debates, So Why Does He Appear Senile At Most Other Times?” Do you know that’s a good question? And I’ve asked myself, how have they done it? How have the Biden handlers done it? How have they — not prepped. I mean, how have they insured that for 90 minutes Plugs can look together and look like he knows where he is and what’s going on when any other time he doesn’t?

He looked normal at the debates. Why does he appear senile most other times? This piece speculates on that. But we’ve got other things to do.