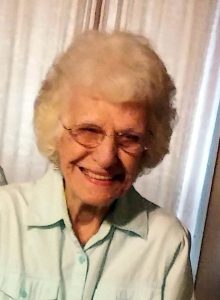 She was born November 28, 1931, at Moko, Arkansas, to Rufus Javaux and Buena Neva Skaggs Javaux. On September 13, 1948, she was married at Salem, Arkansas, to Lee Otis Collins, who preceded her in death on January 11, 2004. Mrs. Collins was an outgoing and friendly person and enjoyed being outdoors, walking and spending time with her family.