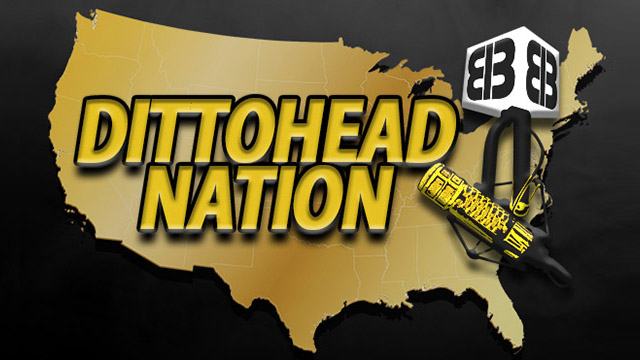 RUSH: Wausau, Wisconsin. Brian, you’re first today. Great to have you with us, sir. Hi.

CALLER: Good morning, sir. And thank you for 30 years of a free education. You couldn’t possibly be more right if you were God himself. Us Trump supporters can’t wait to get to the polls.

RUSH: Yeah. I think this is gonna shock — we shouldn’t talk about this too loudly.

RUSH: Well, because I’ve got evidence, I mean, I’ve got sound bites ’cause the Drive-Bys are listening. Do you realize I’m still being blamed for the fact that there’s no Walter Cronkite in America today? It happened at another symposium recently, I get blamed because there’s no media monopoly. So they occasionally listen. But I think, you know, you’re right. You’re chomping at the bit. Do you know anybody that voted for Trump who is lackadaisical and hum-ho and fed up, not thinking of voting in November?

CALLER: No, sir, I do not. Everybody is aware, awake, and ready.

CALLER: Why? Because we want to prove the media wrong. We want to support the president who’s doing what he actually said during the campaign he would do. Now, he’s not conventional, but he’s getting the job done.

RUSH: Speaking of getting the job done, there’s a new Harris poll out there today. I first saw it referenced by Kellyanne Conway. And it is a survey of many things, including blue-collar workers — oh. Oh. Folks. We have a new GDP number today too. The economy grew 4.2% in the last month. Remember all of the experts claiming that that 4.1% was just a one-off? It was an outlier? It didn’t mean anything?

Well, 4.1 has become 4.2. That looks like sustainable. But the Harris poll, blue-collar workers are thriving in the Trump economy. Fifty-five percent say they’re better off than five years ago. Eighty-five percent, “My life is heading in the right direction.” Eighty-eight percent of parents, blue-collar parents, “My kids are gonna have a better future. These people know full well that this stuff stops the minute the Democrats get back in power. They are not gonna stay home. Blue-collar, the little guy, Trump apparently owns them.

This is Paul in Albany. Welcome, sir. Great to have you here.

CALLER: Yes. You know, you were talking the first hour about the media and how they are really kind of really p-ing off the base here and encouraging them to vote, and I think you are hitting the nail on the head. And if they really wanted to lull us into a false sense of security and keep us at home, which we have proven in the past that we know how to do, they would tell the truth about Trump and his successes. But I don’t think they could ever bring themselves to do that with 70 days to go to this midterm election, they’re not gonna change their tactics now. So
I think we are energized.

And they are unified on opinion, and their reporting on Donald Trump is likewise unified, and it is filled with predictable elements: hate, rage, anger, extremism, lies, distortions. And it’s interesting to me that they live in such a bubble that they do not, apparently, have the slightest bit of concern that all of that extremism and lying and unfairness and unbalance and all of the viciousness to Trump is not going to have any impact on his voters! Common sense should tell them that they are keeping Trump’s voters revved up, that they are keeping them engaged.