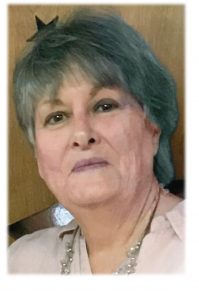 She was born in Parsons, Kansas on February 14, 1943 to Raymond and Hazel McCoy.

She was united in marriage on September 1, 1962 in Great Bend, Kansas to Larry Gene Schartz, who preceded her in death.

She graduated from cosmetology school in 1962. She owned and operated several successful beauty shops in Kansas and finished her career at Brooke Haven Healthcare in West Plains, Missouri.

She was an active leader in “A Sporting Chance” for over twenty five years and dedicated her life to helping those with disabilities. She enjoyed gardening and going to Grizzly basketball and volleyball games. She was a Christian and a person of faith. Her greatest love was her family.

She was preceded in death by her parents, Raymond McCoy and Hazel Engleman McCoy; her husband, Larry Schartz; one sister, Rita Dannebohm, and one brother, Mark McCoy.

“I have lived the most wonderful life, but when the times comes, done is done.