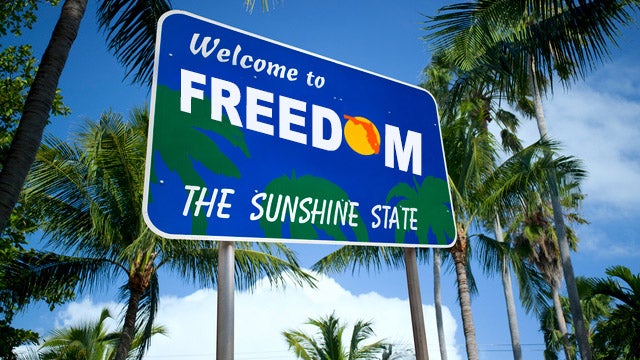 RUSH: What is happening to restaurants and small businesses in a lot of these blue states is inexcusable, and I’ve got two different stories today. I’ve got a story about somebody who was in Florida and was just amazed by how much different life is in Florida — which remains open — from the state she lives in, Virginia. 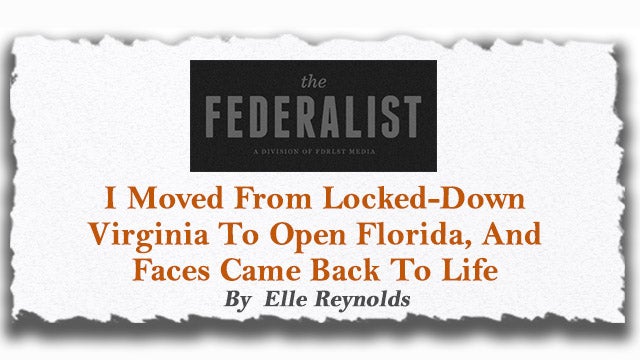 This is Elle Reynolds, intern at The Federalist. “I Moved from Locked-Down Virginia to Open Florida, and Faces Came Back to Life … It wasn’t until I came home to Florida — where COVID-19 restrictions are much freer and usually left to local government — that I noticed how different life was. … My family went out to dinner the other night at a patio bar overlooking our downtown square, all lit up for Christmas.

“Families took Christmas photos in front of the lighted trees, and others caught rides in horse-drawn carriages circling the block. The patio was packed with guests from a wedding that had just taken place; it was a huge party, unlike the sweet but limited ceremonies my friends were forced to have in Virginia,” where, of course, the governor is Ralph Northam.

She says, “I’ve flown in and out of the Orlando airport all my life, and I’ve never seen it half as crowded as it was this month. I can only guess that people are coming down to Florida because it’s open here. People are taking precautions, sure, but they’re also continuing to live their lives.” We’ve never shut down like this for any pandemic or anything in the history of our country.

She said, “We’re having friends over and going to church. We’re going out for dinner and drinks, and supporting local farmers and artisans. We’re celebrating marriages and smiling at strangers.” Life goes on. Dennis Prager has a similar piece called, “The Sovietization of California.” It’s a graphically dynamic piece. So the darkest days ahead of us don’t have to be.

RUSH: Dennis Prager today at The Daily Signal.com website: “The Sovietization of California.” I just want to share with you some pull quotes, not read the entire thing, because it is well done, it’s well written, and it’s extremely relevant and poignant. He says, “For most Americans, the very name ‘California’ elicited excitement, wonder, even envy of Californians, and most of all … freedom.

“While America always represented freedom, within America, California exemplified freedom most of all.” Now, as somebody who grew up in Missouri and spent the first 20 years of my life there and the only… I mean, I never went to California. I wouldn’t get to go to California ’til — let’s see — 1984, so I would have been 30 before I ever stepped foot in California, and it was not Southern California; it was Sacramento, which turned out to be one of the greatest moves, greatest breaks I’d ever had.

But I can confirm what he’s saying. California, I just knew it from television. I knew it from movies. I had this image of it. The people that lived there, I thought, were hipper and I thought California was just an advanced culture and state — and it was, in many ways, and for most of that time the Republicans ran that state. It’s such an amazing thing, what’s happened politically to California — and actually so rapidly. 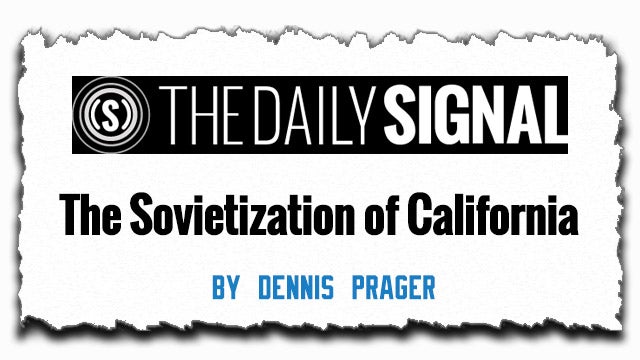 He continues here, Prager continues, “[H]ere I am, sitting in a state where corruption reigns … and where, for nine months, normal life has been shut down, schools have been closed, and small businesses have been destroyed in unprecedented numbers. During these last five days in Florida, a state governed by the pro-freedom party, I went anywhere I wanted.

“First and foremost, I could eat both inside and outside restaurants. At one of them, when I stood up to take photos of people dining, a patron who recognized me walked over and said, ‘I assume you’re just taking pictures of people eating in a restaurant.’ That’s exactly what I was doing.” He doesn’t see it in California. It’s not permitted anymore.

“I even took my two grandchildren to a bowling alley, which was filled with people enjoying themselves playing myriad arcade games as well as bowling. None of that is allowed almost anywhere in California. It is becoming a police state, rooted in deception and irrationality. Restaurants have been shut down (except for takeout orders), even for outdoor dining, for no scientific reason.

“After ordering Los Angeles County restaurants closed, the health authorities of Los Angeles County acknowledged in court that they had no evidence that outdoor dining was dangerous; they ordered restaurants closed, even to outdoor dining, solely in order to keep people home. … As a graduate student majoring in communism,” Mr. Prager writes, “during the Cold War, I would travel through the countries known as Soviet satellites:

“Poland, Czechoslovakia, East Germany, Hungary, Romania, and Bulgaria. In the middle of my trips, I would stop in Austria to breathe free air. Never did I imagine I would ever experience anything analogous in America, the Land of the Free, the land of the Statue of Liberty and of the Liberty Bell. But I did yesterday, when leaving Florida and returning to California.” 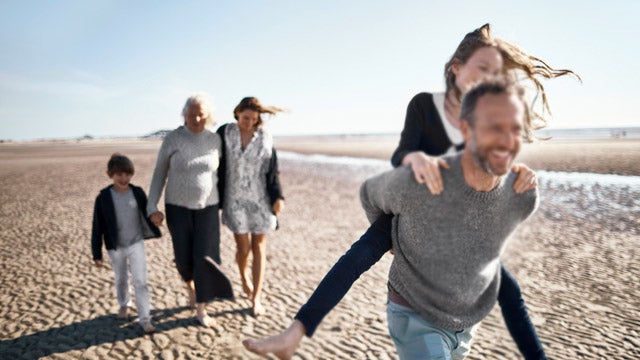 This is the second article that I have shared with you today about people leaving Florida after experiencing the freedom and joy of being there for four or five days and going home to their respective states. One woman was going back to Virginia, and here’s Prager going back home to California. In both instances, they are revealing the freedoms, the availability of services and restaurants and nothing being shut down in Florida and how life is going on.

“There is no question that America is becoming, if it hasn’t already become, two countries: one that values liberty, from small businesses being allowed to operate to people being allowed to say what they believe, and one that has contempt for liberty, from eating in restaurants to free speech. I am asked almost daily by friends around the country and by callers to my national radio show whether I intend to stay in California. 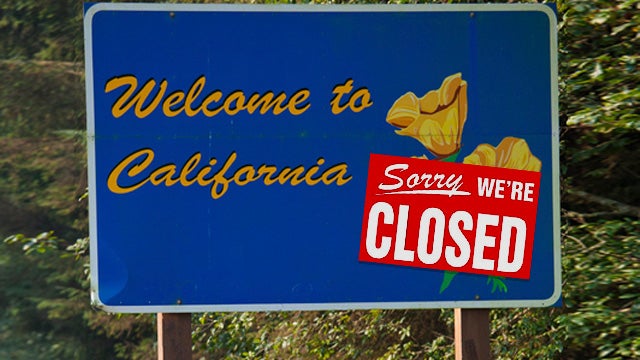 “Were it not for all the close friends who live here and the synagogue I and a few friends founded, the answer would be no. But at a given point, I am sure that I will leave this Soviet satellite for a free state. The bigger and far more important question is: How long will the Soviet states of America and the free states of America remain the United States of America?”

Oh! Are we…? Are we raising the subject again here? Is Mr. Prager bringing up the dreaded S-word that your host was beaten up so roundly over? I wasn’t even suggesting it. I was simply referencing all the other people who are. “How long will the Soviet states of America and the free states of America remain the United States of America?” That’s Dennis Prager’s piece.