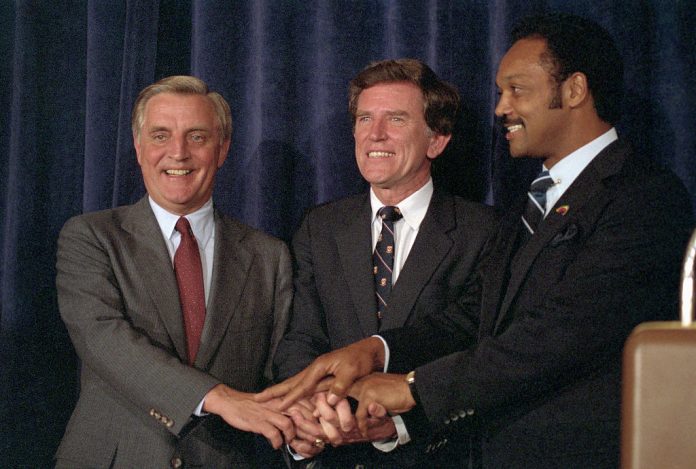 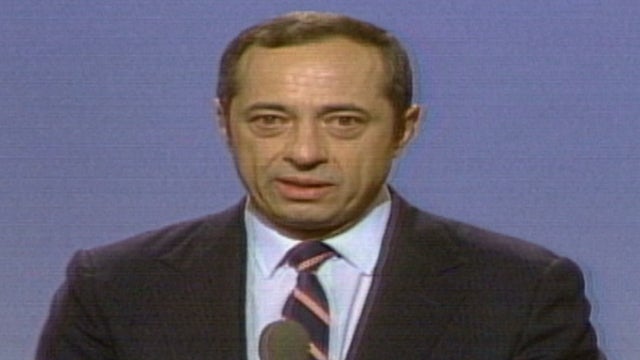 ANDREW CUOMO:  Look, the simple point is all this comes down to this.  We’re not gonna “Make America Great Again.”  It was never that great.

RUSH: What an absolute blithering idiot! To claim that America’s greatness has been denied because one group here or one group there somehow has not been allowed to reach its potential. Here we have it, identity politics on parade. Have you noticed, my friends, how many people on the left, supposedly college educated, supposedly well-learned, just really don’t know anything? They are just really dumb and stupid, don’t have any common sense.

This is just a stupid thing to say! It’s a stupid thing politically to say, and his aides started doing a tap dance almost immediately trying to say, “Well, you know, we need to re-explain what the governor meant. The governor really wasn’t saying…” Yes, he did. He said it, he meant it. This is the thing. He meant it. It’s not a new thing for leftists to think America is not great. America is flawed. America’s unjust, it’s immoral. I have been trying to convince people they think of it this way for decades.

They do not think America’s great. And their definition of greatness and their reasons for thinking this are simply reasons that do not relate to normal people. What he just said here doesn’t make sense to normal people. What? “We have not reached greatness. We will reach greatness when every American’s fully engaged?” What the hell does that mean? It’s never gonna happen. It isn’t gonna happen that every American’s fully engaged.

What does being fully engaged mean? Voting Democrat? Advocating Democrat policy? What does that even mean? It doesn’t mean anything you can define. But to make my point Andrew is a the chip off the block. Let’s go listen to Mario “The Pious” himself July 16th, 1984, Democrat National Convention. This is the convention that nominated Walter F. Mondull. But the primary for the Democrats, it was very interesting. 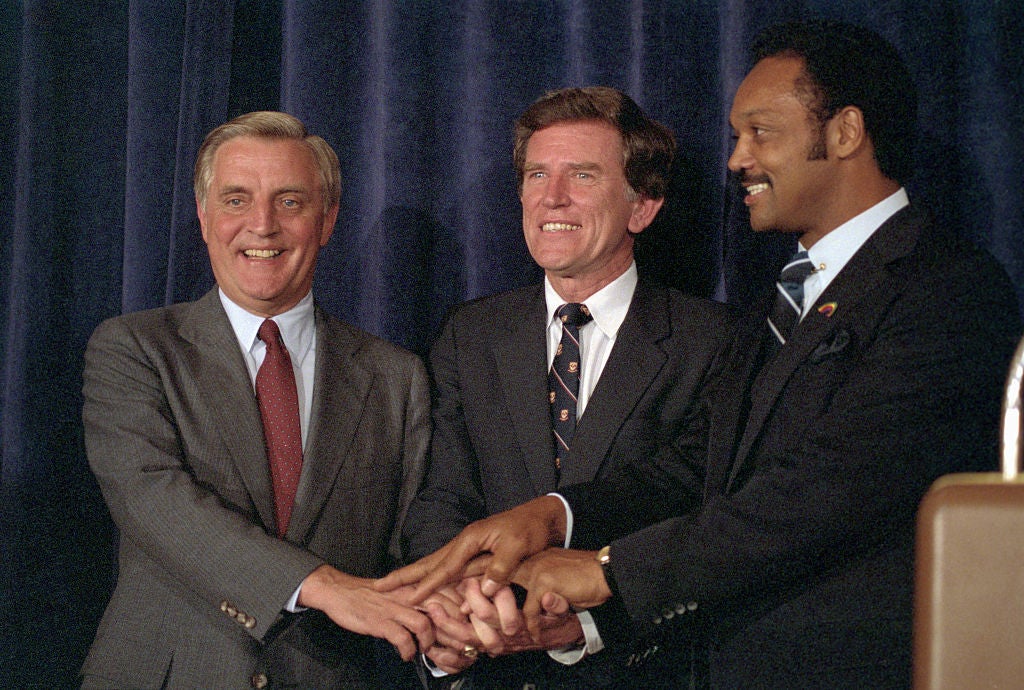 The Reverend Jackson sought the nomination, and he had the support of many, many, many people who would later go on to vote for Obama. And then Gary Hart(pence), senator from Colorado, got caught on the boat off Bimini with some bimbo and not his wife. He was also wanting the nomination. In fact, 1984 is when I actually began my radio broadcast commentary career at a news station in Kansas City.

I promptly got fired after two months of it because the newspapers were actually writing stories about the radio station. We can’t have that. The ownership came in from Salt Lake City, “We don’t want this kind of attention?”

“Yeah, you gotta go. You gotta be more like David Broder. Broder tells people what he thinks, but you don’t know what he said after you’ve read it.”

So Mondull was Carter’s VP. He was a war horse for the Democrats; he was very loyal. So they let him have the nomination and he went down in flames, after promising to raise everybody’s taxes. And it was Governor Cuomo’s speech at the convention that made everybody at the convention realize they’d nominated the wrong guy. We have two sound bites. Here is the father, Mario “The Pious,” of Andrew and Fredo Cuomo.

MARIO CUOMO: A shining city is perhaps all the president sees from the portico of the White House and the veranda of his ranch, where everyone seems to be doing well. But there’s another city where some people can’t pay their mortgages and most young people can’t afford one. There are more poor than ever, more families in trouble. There are elderly people who tremble in the basements of the houses there. And there are people who sleep in the city streets, in the gutter, where the glitter doesn’t show. There are ghettos where thousands of young people without a job or an education, give their lives away to drug dealers every day. There is despair, Mr. President, in the faces that you don’t see, in the places that you don’t visit in your shining city.

RUSH: So you see, Andrew Cuomo thinking America has never been great, not a big deal, and certainly nothing new. There’s his dad, Mario “The Pious,” talking about the America that every Democrat sees every day except when Democrats are in the White House, then none of that stuff happens to be a problem.

We were in the midst of a revitalized economy in 1984 like we are today, and the Democrats never wanted to try to get in on that and actually say they had something to do with it. They want to deny it, They want to try to convince people that an economic boom, an economic rebirth is not real. They paint this picture of squalor, of poverty, of sadness, never ending negativism and so forth. And they are loved and adored by their own crowd. Here’s one more bite from Mario “The Pious.”

MARIO CUOMO: We embrace men and women of every color, every creed, every orientation, every economic class. We speak for the minorities who have not yet entered the mainstream. We speak for ethnics who want to add their culture to the magnificent mosaic that is America. We speak — (applause) — we speak for women who are indignant that this nation refuses to etch into its governmental commandments the simple rule, “Thou shalt not sin against equality.”

And now we have Alexandria Ocasio-Cortez, who’s a genuine ignoramus with an economics degree from Boston University, she’s genuinely ignorant, and so are most other college-degreed leftists today. It’s amazing what they don’t know. And all they can see is misery and suffering, and then they want to blame America for it and claim that America needs to change when America is the route and the way out of all of that. The proof is the fact that many Americans have escaped all that. They don’t escape this in Venezuela. They don’t escape this kind of poverty in Cuba or anywhere else socialism reigns.