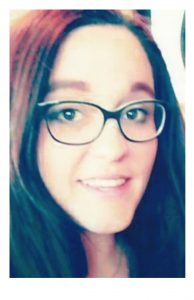 Ashley Ellison-Stokes, daughter of Debra Baird Ellison and the late Roger Ellison, was born June 13, 1989 in West Plains, Missouri and died January 17, 2019 in Sullivan, Missouri, at the age of 29 years.

She was united in marriage June 23, 2011 in Ottumwa, Iowa to her best friend, Ashley LeDawn Stokes.

She was preceded in death by her father Roger Ellison.

She was a very outgoing person who loved to make others happy. Her children were her whole world.

Burial will be in Evergreen Cemetery, Howell County, Missouri, under the direction of Carter Funeral Home, Inc., West Plains.