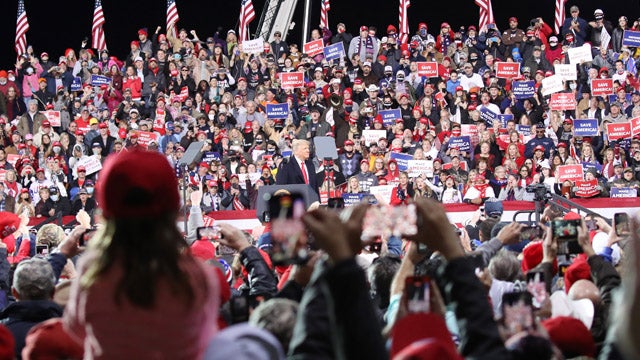 RUSH: Well, now, looky here. There’s a story — actually it’s a chart. We’ve had to convert it to text so we can do an Axios poll, an Axios story. “GOP Voters Choose Trump — Again.” According to Axios/Ipsos, a majority of Republicans still think Trump was right to challenge his election loss. They still support him. They don’t blame him for the Capitol mob. And they want him to be the nominee in 2024. This is major media Democrat failure. Trump cannot be separated from his policies and successes. That’s why he can’t be separated from his supporters. I will ‘splain when we get back.

RUSH: Axios is a Millennial left-wing media publication, which means they’re a bunch of Democrats, just a bunch of young ones. They’ve got what they think is a unique format, you know, have a paragraph and then say, “Why it matters,” and then after that “Why it matters” paragraph, “What you should know in addition,” and then the next paragraph will say, “What happens if you don’t absorb this?” And then all the rest of it goes on. 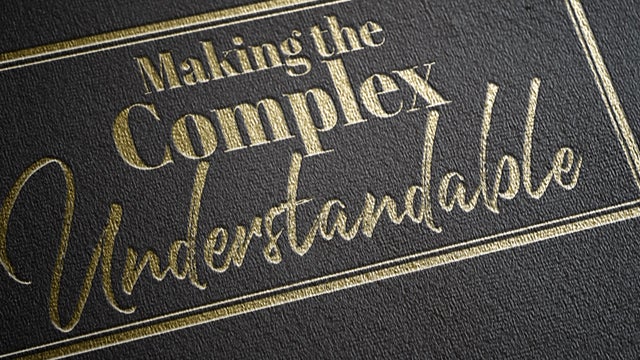 It’s just different formatics, but it’s basically the same Democratic Party narrative that everybody else in the Drive-By Media is engaged in. So what they did, they went out there and they teamed up with a polling unit called Ipsos. They used to be with AP, I don’t know what happened. And they did a poll asking Republican voters their opinions of Trump.

Now, the article is mostly a chart. And, of course, a chart is worthless on a radio show. Even if I wanted to put it on the Dittocam and show you, it’s still worthless. So because of my commitment to excellence, because of my commitment to professionalism, I’ve judged this story to be too important to just ignore because it’s a chart. So, I wrote it myself. We basically converted an Axios chart to text. Because that’s what I do. I explain things with words. Other people use pictures. I use words. 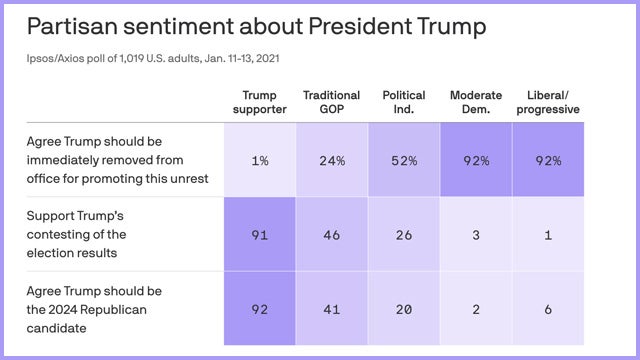 Now, according to this Axios/Ipsos poll, quote, “A majority of Republicans still think Trump was right to challenge his election loss, support him, don’t blame him for the Capitol mob and want him to be the Republican nominee in 2024.”

And then Axios explains why it matters to them. They say, “Why it matters? The survey shows why Trump could run again in 2024 (and possibly win) if he isn’t convicted — or banned from holding federal office — by the Senate.”

There we have the purpose of the Axios chart and their story. They’re saying, “My God. This guy Trump has survived everything we’ve thrown at him. And these idiot Republican voters would elect him again. Oh, my God. We gotta convict this guy so he can’t run again.” But they’re not gonna have time to do it, according to Professor Dershowitz.

Now, this is a poll of Republicans. But what this tells me is that Trump is not in any danger whatsoever of being cut loose or abandoned by his supporters. In fact, it may just be the opposite. It may be that the ties that bind Trump supporters to Trump are stronger than they’ve ever been. I would not be surprised if that’s the case.

Look at this. Ninety-two percent of Trump supporters want to see him run again in 2024. Only 41% of traditional Republicans — i.e., the Romneys — want him to run. That’s still a pretty big number. So Republican voters would choose Trump again. They think Trump was right to challenge his election loss.

Calling Trump a traitor and accusing him of inciting an insurrection flies in the face of who and what Trump is. It flies in the face of what Trump supporters believe him to be. You see, folks, Donald Trump’s supporters have no doubt Donald Trump is a patriot. He is, in fact, if there is such a thing, a super patriot. There’s nobody in elected politics who is seen his loving his country any more than Donald Trump does. And I might add that there are quite a few people in elected politics who are not seen as patriotic at all, who are not seen as people who love their country.

Washington Republicans — think Romney, McCain, et al — they can’t convince Trump supporters to abandon Trump. Why? Because Trump’s policies are part of the bond. And I’ve been talking about this bond that Trump has with his supporters since 2016. I am certain I was the first to see it. I think I saw it before Trump and his people did.

Trump is the only person who can break the bond. Nobody else created it. The media didn’t create the bond. Trump did. Only Trump can ruin himself. And he hasn’t. He hasn’t even come close, folks. Donald Trump is as conservative as his supporters. Washington Republicans do not share the policy preferences of the vast majority of Republican voters. And that’s just the way it is.

Trump delivered on his promises. Washington Republicans run from theirs. Oh, yeah, they make ’em. They are making promises during campaigns left and right. They get elected, they run away from the promises. They surrender to media pressure at the drop of a hat. Donald Trump surrenders to nobody in media and calls them fake news and challenges them each and every day.

So they don’t connect with the people who make the country work. Not personally, not on policy. Donald Trump does. And you’re seeing the evidence. They can’t break him. They can’t break this bond. They have tried now for four years and counting. And they are unable to persuade you to abandon Donald Trump. Trump fights policy battles for the people of this country. And the results speak for themselves. And he’s loved and appreciated for it. It’s all it takes. 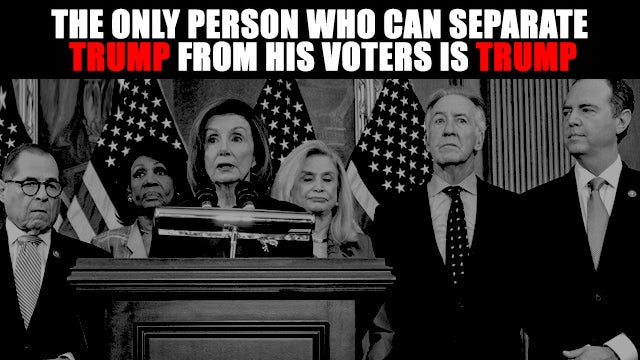 Now, before we go to the break, I got a couple sound bites here. And I’m a little late to this, but I still want to get to it. I want make sure that it happens on this program. You heard the name John Sullivan? Gateway Pundit’s website, they posted video of an Antifa activist named John Sullivan. This was yesterday. This was recorded after the attack on the Capitol, this guy talking about how he tries to blend into the crowd. This is a guy who was arrested, a Black Lives Matter, Antifa operative arrested for the Capitol riot, caught on tape admitting that he posed as a fake Trump supporter and a fake reporter.

CNN even interviewed this guy as a witness on the night of the riot, and he’s a phony. He’s a fake. He’s Antifa, Black Lives Matter made to look like a Trump supporter. So yesterday on the Gateway Pundit website they posted video of this guy. John Sullivan recorded after the attack on the Capitol, this guy Sullivan talking about how he tries to blend into the crowd, the portion of the video here coming up.

SULLIVAN: It’s all fake. I learned that (bleep) already. I’m gonna wear a Trump hat. I’m gonna wear a Trump hat. I bought one today. I was wearing a Trump hat at the (bleep) — at the Trump rally during the daytime ’cause. Oh, my God. (Bleep) ain’t hopping, bro. Oh, yeah, I was just a journalist. I use that all the time. “Yeah, I’m just a journalist. I’m here recording. I got my camera on my shoulder. ” Literally have my big ass camera on my shoulder right here.

RUSH: I got my camera, yeah, I got my camera on my shoulder right here. I can easily fake ’em out. I can make myself look like a journalist, make myself look a Trump supporter. So here we have this clown admitting what we all knew. Antifa, Black Lives Matter, set this up using themselves as fake Trump supporters and fake journalists. Then, over on CNN, on the night of January 6, Anderson Cooper interviewed this guy as if he was a reporter who witnessed Trump supporters rioting. Here’s Anderson Cooper.

COOPER: John, you filmed this moment on your phone. Just — can you describe what happened?

SULLIVAN: Yeah. So basically all the — the protesters kind of stormed to get into the chamber. We tried to get into, like, the main entrance right when you walk down the hallway. 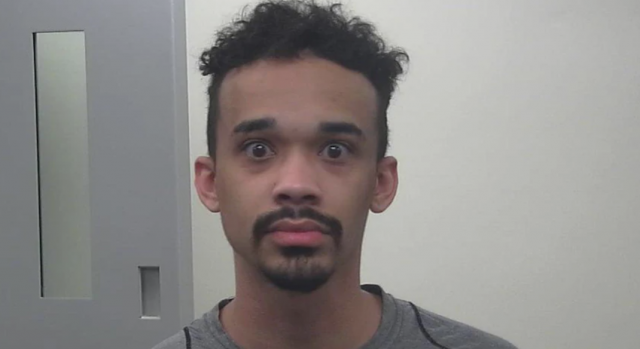 RUSH: So he’s acting like a Trump supporter in this interview with Anderson Cooper, who is a journalist extraordinaire, right? I mean, this guy values his journalist credentials as much as any of them do. And he’s interviewing a fake who’s making CNN look like a bunch of idiots. This guy John Sullivan is pretending to be in this interview as if he’s a reporter, slash, Trump supporter who merely witnessed Trump supporters rioting. And they still want to maintain this fraud that Trump caused all of this? There’s too much evidence now to indicate that that didn’t happen.

In other words, he’s making this speech. He’s encouraging people to go to the rally. If he’s naive and thinking some of them aren’t gonna go crazy down there, he’s still working for the base. He’s not abandoning them. He never abandons his base. Donald Trump never has done that. But the Republicans impeaching Trump in the House are betraying those who elected them. They’ve not yet articulated a new agenda, and they can’t.

We are to understand only that they support the Trump agenda without Trump. That’s what they want you to believe. The Romney… Well, I don’t… Ah, I don’t know if I’d throw Romney in that group. But there are some Washington Republicans who are attempting to convince you that they love the Trump agenda, they just don’t want Trump being anywhere part. Don’t fall for that, by the way. They wouldn’t know what to do with the Trump agenda.

They don’t believe it.

They don’t believe in it. 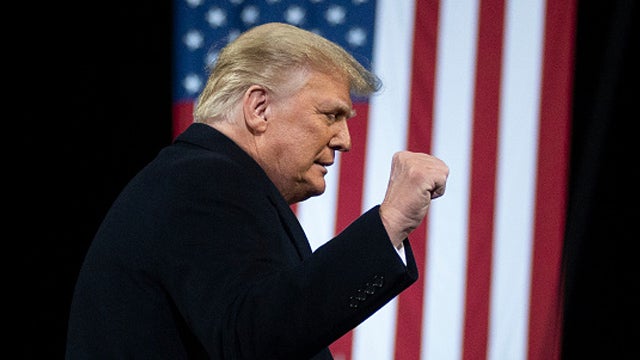 They’re trying to give Trump credit, but they could never implement the Trump agenda. They don’t believe in it. They don’t believe in the tax cut agenda. They really… They say they do. They try to make it look like they are captive to that identity. But they’re not. (sigh) So it’s an important point: “Political suicide comes from betraying your base, not from … overzealous efforts on their behalf.”

Rush: This is Brit Hume Wednesday night on Tucker Carlson. And Tucker’s question to Brit Hume: “Fox News is reporting that Mitch McConnell thinks impeachment will help the Republican Party get rid of Donald Trump and the stain he has left on the party. There’s got to be a reason. It doesn’t make obvious sense. And it’s not orderly and peaceful. Why are they doing it?” And here’s Brit Hume’s response.

HUME: The Republican Party, they’re saying what we don’t want is this guy hanging around in two years during the congressional elections and worst of all running for president again after that. Because, you know, he’ll pull off a segment of the Republican vote, make it unavailable to ordinary Republicans, regular Republicans, and be a curse on them. The other thing is they’re furious with him.

HUME: They believe in their bones that he cost them the two special elections in the state of Georgia which they manifestly should not have lost. A lot of Republicans stayed home, offended by Trump. That’s the reason the Republicans are turning away from him. They think he’s bad news politically.

Trump is responsible for all of these things. And by God they’re gonna fix it. They’re gonna get rid of Trump. They hate him. They hate Trump’s supporters, bottom line.

Unlike the Covid Doomsayers, Rush Believed in the Power of Positive Thinking