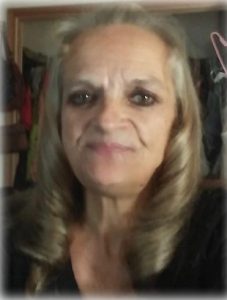 Belinda Kay Williams, daughter of Barbara Ann Lewallen Collins, and the late Ross Wayne Collins, was born May 17, 1961 in Kansas City, Missouri, and died at her home in West Plains, Missouri, January 27, 2019.

She was united in marriage to Steven Dale Williams November 10, 1997 in Eminence, Missouri who preceded her in death July 21, 2003.

She is preceded in death by her father; her husband, and one sister, Donna Anderson.

Belinda did not have children of her own, but she loved all children and was happy to help anyone she could.

A memorial service for Belinda Kay Williams will be held on Thursday, January 31, 2019 at 1:30 p.m. at Carter Funeral Home Chapel, West Plains.

Memorial contributions may be made to the family to help defray funeral expenses.