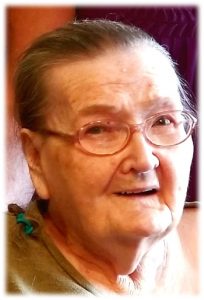 Betty Collins, daughter of Tim Stubbs and Lola Collins Stubbs was born August 25, 1928 in West Plains, Missouri, and died September 29, 2019 at the age of 91 years.

She was a constant prayer warrior. She loved to sing and read. She loved her family, and will be sadly missed by all who knew and loved her.