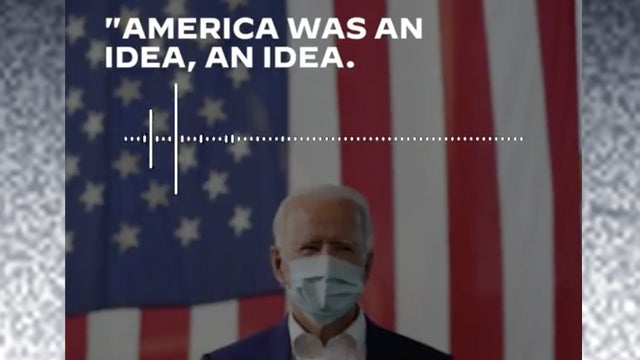 RUSH: There’s a new Joe Biden ad out there. So while Biden himself is standing mute, not saying anything, they’re running ads. And this new Biden ad says America was an idea, just an idea that we never lived up to. This is such BS. This is so lame. It is obvious who is running the Biden campaign. It is obvious what their objectives are.

Folks, if you had any doubts about what Trump, and us, what we are truly up against, this little Biden ad ought to give you every answer to every question you’ve had. America was an idea?

“We hold these truths to be self-evident. We’ve never lived up to it, but we’ve never walked away from it before, and I think we just have to be more honest with our kids as we raise ’em what actually did happen, and we need to acknowledge our mistakes,” Biden says in the ad. This is all from the ad. America was an idea. Here. Grab audio sound bite number 2. This is from the Biden ad.

BIDEN: America was an idea, an idea. We hold these truths to be self-evident. We’ve never lived up to it, but we’ve never walked away from it before. And I just think we have to be more honest, let our kids know as we raise them what actually did happen. Acknowledge our mistakes so we don’t repeat them.

RUSH: He doesn’t even believe this. He’s been a 47-year Washington Democrat. He’s never said this before. He does not believe this. The Democrats of JFK, and he’s one of the Democrats of JFK, they do not believe this. So whoever is running the Biden campaign, they are writing these ads, they’re putting his name on them, they’re making him voice them. They are running against the United States of America. The American people are the problem. America itself is the problem. 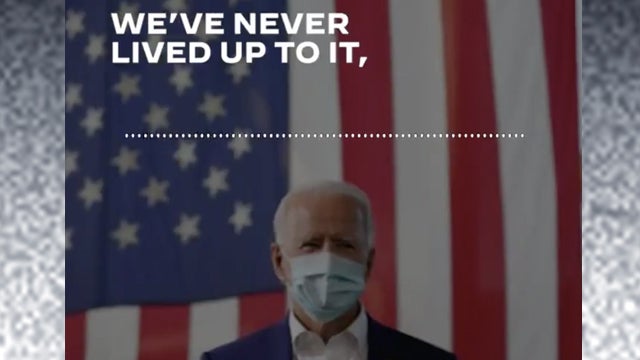 Folks, Joe Biden is reaching out to America haters. He is trying to win the presidency on the backs and with the support of people who hate this country, to people who deny the decency and goodness of freedom. Despicable. What would you expect from a Big Guy in shady business deals with the ChiComs? Guess who it is who is maybe plotting to walk away from the founding principles of America? Sounds to me like that’s who Biden is. Sounds to me like if this guy wins, we’re walking away. We’re gonna transform America. We’re gonna finish the job Obama was desperate to finish.

This is Joe Biden. This is the candidate who says that voters do not deserve to know his plans to pack the Supreme Court, ’cause obviously what Joe Biden wants to do is wipe out the idea of America because it was an idea. That’s all America I guess was. It’s the past tense in his ad. He didn’t even say “America is.” So, in a nutshell, Joe Biden’s campaign is based on the idea of walking away from our founding. That is the endgame. That’s how you have to interpret this. America was an idea that we’ve never lived up to.

RUSH: So the white comedian Paul Shanklin says, “Rush, this election is definitely about whose truths will be self-evident.” We hold these truths to be self-evident. That among them, life, liberty and the pursuit of happiness. And it’s a good question. Whose truths will be self-evident? We gonna stick with the founders’ version of a creator, of a god and his truth or are we gonna go with Karl Marx? You know, the reason I wanted to call your attention is it’s a great question because the problem is, you know, when you have the Joe Biden ad, “America was an idea.” “Was.” Past tense. “America was an idea that we never lived up to.”

They are salivating at getting rid of the Constitution. They are salivating over the notion of getting away from the idea that our government puts the citizen first. They hate the Bill of Rights, folks. They hate the idea that it is government which is limited in our founding documents. They can’t stand it, even had a name for it. They call it the charter of negative liberties.

The founders of this country realized that the natural tendency of human beings with power is tyranny. They knew it. They realized it. They built in checks and balances to assure that we didn’t go tyranny, and that if we did, it was gonna take a long time to pull it off. They knew what human nature was. They had studied it from the beginning of time. And it is truthful to say that the natural tendency of people with political power is tyranny.

That is what is so miraculous about our country. We’ve been around 200-plus years. And we have had a piece of paper, essentially, the Constitution, that everybody has sworn allegiance and fealty to, amazingly. It would have been not difficult at all to rip it up at any time in the past 200 years. There have been people that tried. There been people that wanted to. But in the end, we somehow — and I believe it’s because we are a nation blessed by God — we have survived where other people on this planet have not.

They believe that a majority of the American people have no idea what the Constitution’s about. They believe a majority of Americans have no idea what the Bill of Rights is. If you don’t know what the Bill of Rights is, then how can you be upset over losing it. And to a point, they are right. We do have, because of so much ignorance in our education system, we have literally lost the education system, pop culture. We’ve turned it over to people who, in two generations, have dumbed down enough people in our country to make it possible to, in a presidential election, get rid of the Constitution.

Doesn’t matter. The Democrats are gonna interpret their victory to mean whatever they want to say it means. And if they are going to say that Biden winning means people are fed up with the Constitution and Bill of Rights, then bye-bye Constitution, bye-bye Bill of Rights. That’s their objective. So this election is definitely about whose truths will be self-evident. Are we gonna stick with the founders’ version of a creator and his truth, or Karl Marx? It really is what’s on the ballot here.

RUSH: Anchorage, Alaska. This is Marianne. Great to have you Marianne. Thank you for waiting, by the way. I appreciate it.

CALLER: Oh, you’re welcome. Well, thank you very much for everything that you do. I have to tell you, though, that I’m a little worried. I’m a crusty old grandma here. I think I’ve lived during the best time. I’ve just worried. We have such a wonderful constitutional republic that, you know, if the left wins, we may as well take the Statue of Liberty down. There will be nowhere else for us to go, nowhere else for us to live in freedom. What do you think?

RUSH: Well… (sigh) I understand your concern about if the left wins the election, that we will have effectively started down the path that ends —

CALLER: It’s been coming for decades. We’re stuck up here under the Ninth Circuit. We’ve got these crappy D — excuse me, these inept left-wing DAs and judges and media. It’s all convoluted. I don’t know. (chuckles) It’s upsetting. It’s upsetting to watch, you know, but, you know, we have such a wonderful country. I just feel like we’re getting cut down by the knees. You know, I hope everybody gets out there and does what they can to get Trump elected.

RUSH: Well, I think that’s going to happen. I think that a whole bunch of people are gonna be doing that. The thing that we’re always up against out there, Marianne, is ignorance on the part of people who are not inclined to vote for us. The left, the Democrats have — no pun intended here — progressively moved toward communism every 10 years or so in our country.

I’ll never forget when Obama was elected in 2008. I’ll admit, folks, I was blown away by how many Marxists and communists came out of the woodwork and knew that that’s what Obama’s election meant. I’m… I’m not expressing this correctly. I knew that we were trending left. I knew the Democrat Party was trending in that direct. I had no idea they had moved as far as left as they had. 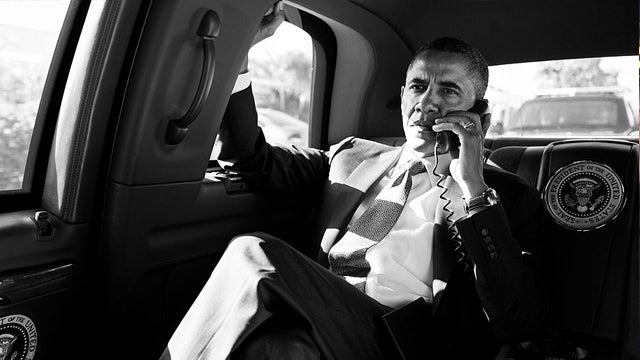 We’d had eight years of George W. Bush, and he won two presidential elections, and they were not landslide wins, but they were not by the hair of our chinnie-chin-chin, either. They were sizable victories. And yet after those two terms, Obama wins, and we’ve got a whole different country that I didn’t know existed. And they came out of the of the woodwork like they had just been let out of prison, like they’d just been let out of — I don’t know — cages at a detention center.

I remember being shocked by it. I remember being shocked by how many anti-American leftists there were. Not just Democrats, but I’m talking about anti-Americans who wanted to fully tear down this country and remake it, rebuild it. It didn’t take long for me to figure out, but I was still surprised that they had made that much progress, ’cause to me it had all happened underneath the radar.

I knew what was going on on college campuses, but everything, everywhere I thought this was happening, I still considered to be fringe, and I was wrong. There’s nothing fringe about pop culture, and there’s nothing fringe basically about academia. So what we face here is how much ignorance is there on the part of people voting for Democrats?

You throw in whatever impact pop culture has had on the shaping of people’s politics, and there has been a lot of territory that we have just given away, we’ve ceded, we’ve not even been competing, for whatever reasons. So your fear is that if we lose this election that the Statue of Liberty no longer applies because this is not going to be the last, best hope of the world because the whole premise behind that individual liberty and freedom? Pfft! Kaput.

At least it’s trending away from that. That’s another reason to give Trump another four years. He has been masterful in appointing judges to the federal bench. He’s getting Amy Coney Barrett before the election, and that’s something a majority of the American people are desperately in support of. So hang in there, Marianne.