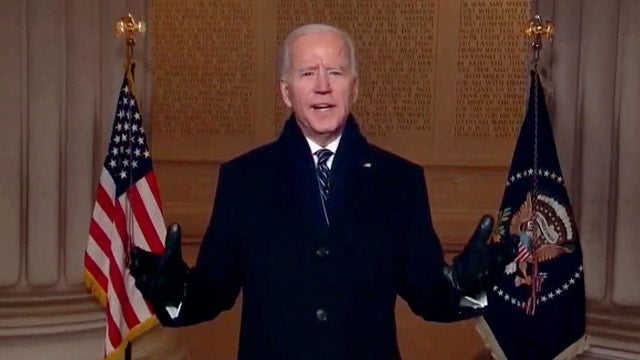 RUSH: President Biden wrote an executive order mandating masks on federal property. So naturally he was not wearing one at the Lincoln Memorial last night, hours after signing his own executive order. This is called leading by example, ladies and gentlemen. Democrats with this very move were given a green light to be raging hypocrites, as if they needed it. They don’t need a green light. They can behave with hypocrisy automatically.

So, you see, you — if you are on federal property, you — have a mask mandate, but Plugs doesn’t have to if he doesn’t want to. You have to allow for the fact that he forgot his own order. (interruption) Well, I don’t know if it includes federal highways. Good point. A federal highway is not exactly enclosed, but you would say it’s federal property. (interruption) Yeah, that’s a good question.

(Bill Clinton impression) “Oh, my God. I just couldn’t square it with that. They didn’t tell us how bad this really was.” And then you spend the next four years or eight years blaming your predecessor.