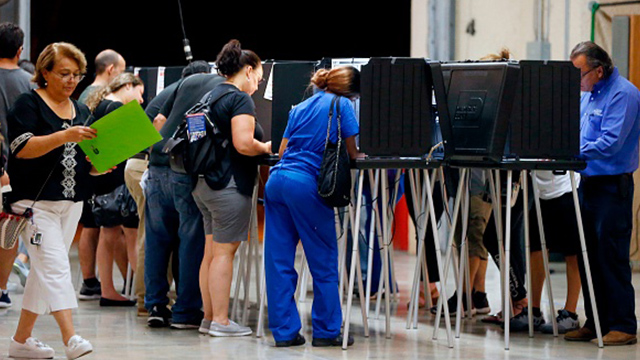 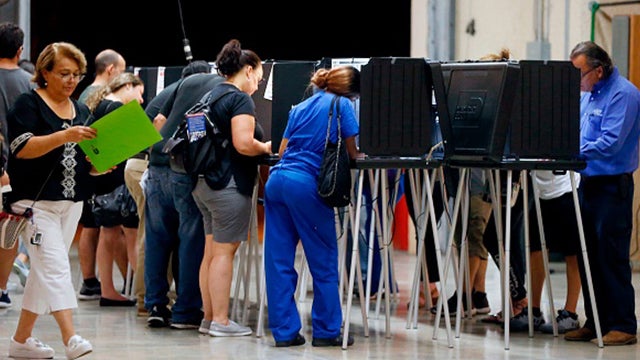 RUSH: Oh. A couple interesting stories here, too, related to the elections in Georgia and Florida. In Florida, an analysis of exit poll data shows that Ron DeSantis, the Republican and winner, got a far greater percentage of the African-American vote and Hispanic vote than anybody can believe. I don’t have the numbers in front of me, but it’s big. In Georgia, Kemp got more African-American votes than anybody imagined, and African-American organizations in Georgia are ticked and livid about this. They’re calling these black people that voted for Kemp traitors and who knows, Uncle Toms.

Why did it happen? Why did it happen? Because, folks, you know the conventional wisdom is that as America’s demography changes, so goes the white majority and the Republican Party. As more Americans become people of color, as more Americans are constituted by illegal immigrants, as more Americans become Hispanic and African-American, why, that’s it! That’s it! Republicans are finished and white Christian males are finished, that’s it. So if that’s true, why did DeSantis win with a larger percentage of African-Americans than anybody can believe? There’s a very simple policy-related answer. I’ll share it with you in a minute here.

RUSH: So why did Ron DeSantis pick up a much larger percentage of African-American and Hispanic votes than Andrew Gillum, the African-American Democrat candidate? According to exit poll data, it was related to an issue. You know what the issue was? School choice! DeSantis was for it! Andrew Gillum was against it! Parents are parents; they want good education for their kids. They want to have the choice of sending their kids to the best schools they can!

It doesn’t matter what their race is. It doesn’t matter what their political affiliations are. And Andrew Gillum wanted to take away school choice from a bunch of people, and they voted for DeSantis who was for it, African-Americans did. People’s heads are swimming down here because this wasn’t supposed to happen. White candidates are supposed to lose as the percentage of minorities in any given voting population rises. There’s no way a Republican’s supposed to get an increased number of African-American votes, but it’s happening all over. Could happen in Georgia, too.

A large reason for it is the Trump economy. The only reason I tell you this is because it’s conventional wisdom that Republicans and conservatives lose the demographic game. And it isn’t. We’re not destined to lose the demographic game. We’re not destined to lose every vote of every minority because issues and policy still matter. And the closer to home they are, the more relevant they are. You can’t get much closer to home than education.