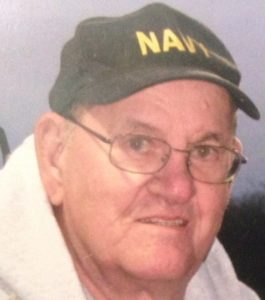 Bill Bowling, son of the late Gene Bowling and Buna Floyd Bowling, was born September 23, 1929 in Salem, Arkansas and died July 19, 2018 in Kansas City, Missouri at the age of 88 years.

He is survived by four children, Tina Bowling, Kelly Nelson and husband Ron, Terry Bowling and wife Rene, and Tracy Bowling and wife Michele; one sister, Mary Sue Smith, and many nieces, nephews, and cousins. He was known at “Pops” to six grandchildren, Adam, Carl, Curtis, Jesse, Ericka, and Olivia.

He was preceded in death by his wife; his parents, and one brother, Don Bowling.

He was a veteran, serving in the United States Navy aboard the USS Yancy.

He moved to Kansas City where he enjoyed working as an accomplished carpenter for thirty-five years. After retiring to West Plains you could find him on the golf course. He loved to golf.

Memorial contributions may be made to the State Line Cemetery, and can be left at the funeral home.