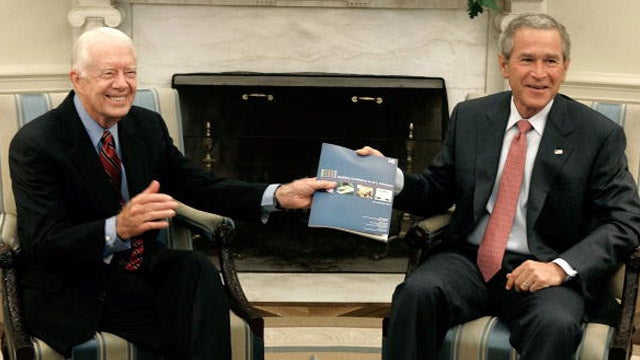 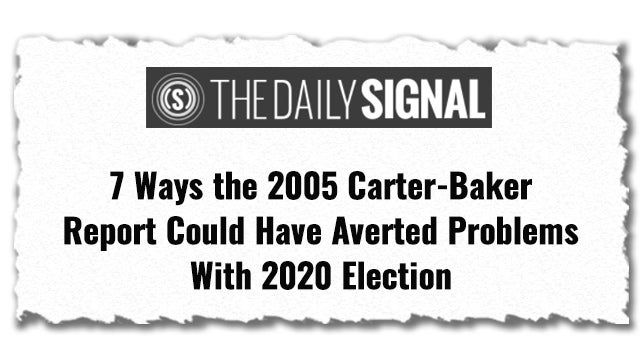 So for the last 15 years, every single elected person in the swamp has failed this country. The Democrats took this as a roadmap. “On September 19, 2005, former President Jimmy Carter returned to the White House to provide President George W. Bush a copy of the report of the Commission on Federal Election Reform. Carter co-chaired the commission with former Secretary of State James Baker.”

Among their suggestions… This is 15 years ago, and this is just to show you how none of this stuff ever matters. It never sees the light of day. It’s not done for any real purpose other than for people to say they did it; they worked on it. But it is never, ever to be actually applied. Among the recommendations made by former President Carter and James A. Baker III in their proposal:

“They called on states to increase voter ID requirements; to be leery of mail-in voting,” they warned about it, and they suggested that it would not be helpful. They defined and then recommended to “halt ballot harvesting,” the entire practice. They suggested ways of maintaining “valid voter lists,” voter registration forms, “in part to ensure that dead people are promptly removed from them.”

They recommend “to allow election observers to monitor ballot counting; and to make sure voting machines are working properly” before every election. “They also wanted the media to refrain from calling elections too early and from touting exit polls.” Folks, do you realize what this is? This is a roadmap that was written 15 years ago that was designed to specifically prevent everything that happened in the 2020 election.

And it was created because there were problems in the 2000 election — that led to Bush v. Gore — and then, of course, there were problems in the 2004 election because that election failed to elect John F-ing Kerry. And so they put together this… It’s uncanny! It is uncanny. The story is in the Daily Signal. “Seven Ways the 2005 Carter-Baker Report Could Have Averted Problems with the 2020 Elections.”

“They called on states to increase voter ID requirements; to be leery of mail-in voting; to halt ballot harvesting; to maintain [accurate] voter lists, in part to ensure dead people are promptly removed from them; to allow election observers to monitor ballot counting; and to make sure voting machines are working properly. They also wanted the media to refrain from calling elections too early and from touting exit polls.”

Everything they recommended was ignored. I, your host, El Rushbo, am not surprised. These things are never, ever actually followed. They’re simply… This is a classic illustration — we talked about it last week — of a blue-ribbon panel. Congress could have given a lot of weight to all this if they would have engaged in something other than just a report. 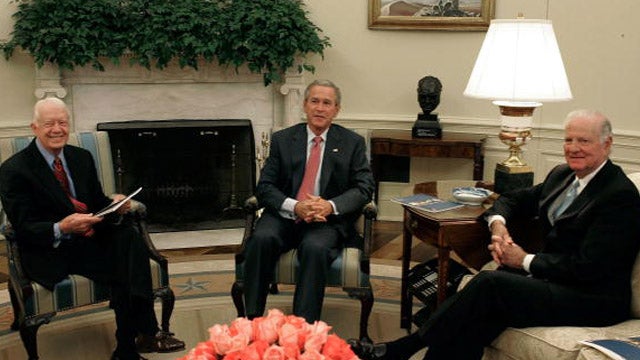 They even forecast and predicted what would go wrong 15 years later, and they suggested ways to avoid it, and not one of the recommendations was followed. Not one. So they knew. They knew and they know. In fact, one might go so far as to say that the recommendations in this report may have actually provided a road map of how to do it rather than a series of suggestions on how to prevent election problems, this might have been the roadmap for how to execute them, because it’s eerie.

Every one of these seven recommendations is exactly a warning against what happened.

RUSH: Again, folks, I want to remind you, there was a blue-ribbon committee that was charged with coming up with voter reform, election reform. They came up with virtually everything that went wrong in this election, how to prevent it, make sure it doesn’t happen. It was totally ignored. In fact, it was more like a roadmap of how to steal an election. And maybe that’s what its purpose was. Maybe that’s what the blue-ribbon panel really had as its objective. I don’t know. ‘Cause it’s uncanny.

Yeah, I just mentioned it 10, 15 minutes ago. It’s uncanny these suggestions that were made. For those of you that are just joining us, let me run through these again. This was in 2005. It was a special blue-ribbon panel featuring Jimmy Carter and James A. Baker III and their staffs, that whole bunch of people working for them. They were the figureheads, Jimmy Carter and James A. Baker III. And they prepared a report for the Commission on Federal Election Reform. And I got a picture here of Jimmy Carter presenting it to George W. Bush in the White House. 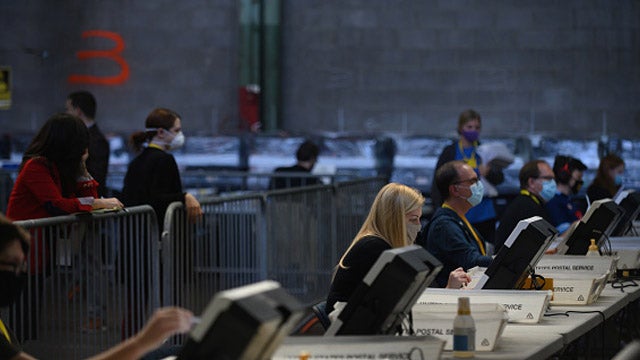 Listen to this. I know I just did it, but people tune in frequently here all of them. I’ve gotta go through this again. They called on states to increase voter ID requirements, to be leery of mail-in voting. They wanted no part of mail-in voting. It’s a problem, don’t do it, they said. They also made the case for halting ballot harvesting. They advocated maintaining voter lists, accurate voter lists to make sure dead people were promptly removed. Now, that shouldn’t require a blue-ribbon committee to recommend that. But it did.

They also recommended to allow election observers to monitor ballot counting and to make sure voting machines are working properly. That also shouldn’t require a blue-ribbon committee suggesting the voting machines work properly. But it’s uncanny how everything they suggested in fact happened the opposite. This thing, it was either a gigantic and great warning of what was coming or it served as a roadmap. But regardless, it was prepared by the deep state. And it ended up being run by the deep state.