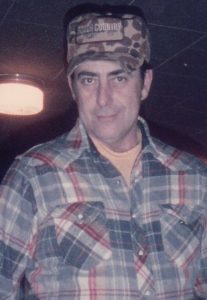 He was born the son of the late Clifford Onel Woolf and Pearl Ethel Middaugh Woolf, on January 23, 1942 in Summersville, Missouri and died December 18, 2019 in West Plains, Missouri.

He married his high school sweetheart, Juanita Warren. He was retired from General Motors, where he was employed for thirty years. He loved to hunt and fish.