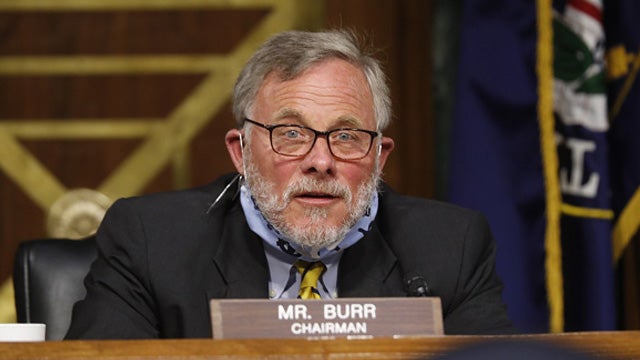 But Senator Burr got into deep doo-doo because it turns out that he sold a bunch of stock positions right before the market crashed because of the coronavirus, and it was suspected that he thus and therefore had inside information. So there has been action taken against him by the FBI. Now, I know a lot of people think that Senator Burr deserves this ’cause he obviously did something, and I’m not…

You know, I don’t know about his culpability. I don’t know about this, but I have… Folks, I just have to tell you: After everything we’ve learned this week about corrupt Democrats, the FBI pops yet another Republican? Now, he may deserve it, I don’t know. But the idea that these Democrats are running around essentially scot-free with just a bunch of lip service from Republicans about how, “We’re not gonna put up with this!

“We’re gonna investigate! We’re gonna have hearings! This cannot stand,” and while we do all this huffing and puffing and all this talking, they keep taking Republicans out? Now, a lot of people are curious: How the hell did the FBI collect any information on Senator Burr? The best I have been able to learn is that the FBI got a copy of iCloud data that belonged to him, the backup of his iPhone.

So he has an iPhone, and he uses iCloud, and I don’t even know if he knows it or not. You know, I don’t know how techy people are. But the default position is that your phone and your iPad will back up to iCloud automatically. Now, it’s not a full backup of things, but it is a backup of data. They don’t back up the apps because if you need to restore those, that’ll happen from the App Store. 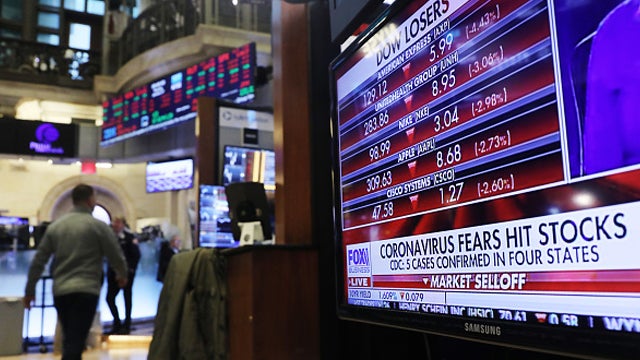 But it is a backup of data, and apparently the FBI got a copy of iCloud data belonging to Senator Burr after serving Apple a warrant compelling Apple to hand over the data. So they didn’t have to get into his phone. If they had gone to Apple and asked for a way like a back door or a way into his phone without knowing the way in — whether he’s fingerprint ID or Face ID or whether they knew his four- or six-digit code — Apple would have refused that.

Apple’s been refusing those kinds of requests ever since they’ve been made. The FBI or anybody else, local police authorities have been asking Apple for a back door into the devices, a back door into the operating system software, and Apple says no. But if you show prep at Apple, if you’re the FBI and you’ve got a warrant, then apparently, they can turn over your iCloud backup data.

So the FBI used the data in Senator Burr’s iCloud backup to obtain another warrant to then seize his phone as part of the investigation into whether the senator broke the law to profit from the coronavirus crisis. The Los Angeles Times says, Senator “Burr sold a significant percentage of his stock portfolio in 33 different transactions on February 13, just as his committee was receiving daily coronavirus briefings and a week before the stock market declined sharply.

“Much of [Burr’s] stock was invested in businesses that in subsequent weeks were hit hard by the plunging market.” You remember when this happened. I mean, people were livid. Burr escaped massive losses by selling his positions before the market tanked. He “turned over his phone to agents after they served a search warrant on [him] at his residence in the Washington area…”

Now, “the official” here at the FBI is saying all this “on condition of anonymity” ’cause he’s not allowed to speak about it. But that’s not stopping him, is it? “Such a warrant being served on a sitting U.S. senator would require approval from the highest ranks of the Justice Department and is a step that would not be taken lightly. Kerri Kupec, a Justice Department spokeswoman, declined to comment.”

Well, guess who runs the DOJ. A bunch of Republicans! Senator Burr is a Republican. So this is what I’m saying. He may be guilty; I don’t know. That’s not the point. But with all that we are learning about Democrats and their culpability and the literal criminal activity they have been undertaking for the last 3-1/2 years, and another Republican gets popped here by a Republican DOJ.

“A second law enforcement official said FBI agents served a warrant in recent days on Apple to obtain information from Burr’s iCloud account and said agents used data obtained from [Apple and the iCloud account] as part of the evidence used to obtain the warrant for the senator’s phone.” Now, they may have his phone, but unless he participates and cooperates, they don’t have a way into it.

He’s gonna either have to unlock it himself with his face… I don’t know what kind of phone he has. If he’s got an iPhone X class, then of course, that’s Face ID. If he has anything prior to an iPhone X, then he’s dealing with fingerprint ID. But regardless, Apple will not help the FBI unlock anybody’s phone per se. (interruption) Well, if you want to keep your stuff secret, don’t freaking break the law, number one.

But number two, that won’t protect you if you’re a Republican. They’ll come after you anyway. So, yeah, you might want to be… I’m not gonna sit here and tell you to turn off your iCloud backup. I’m just telling you, that’s how they found what they wanted from Burr. I’m just telling you that they didn’t need to get into his phone, and they can’t get into his phone without his help.

If you don’t want to use the iCloud backup, there’s other ways to back up your phone. The primary reason for an iCloud backup aside from having a backup is when you get a new phone or new iPad, it’s the easiest thing in the world now to set up the new phone using that backup. But! But! You don’t even need an iCloud backup anymore.

Because with the release of iOS 13 last September, you now have another way to set up a new device called Transfer, and the option’s presented to you. Put the phone side by side. When you get the new phone, put the old phone to the left, new phone on the right, swap the SIM cards, and go through the process of setting up a new phone, and eventually you’ll see all you need to do to pair the two phones. 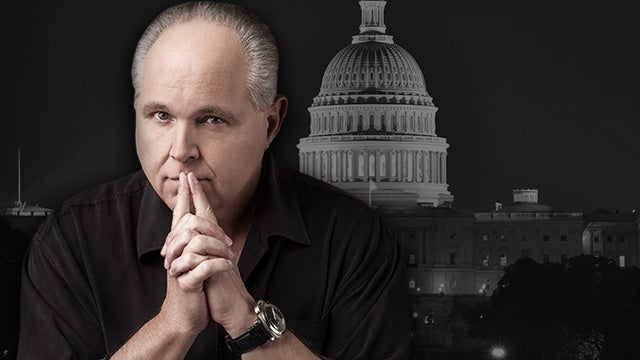 Essentially. You get an option to transfer, and what that does is wirelessly transfer everything on your old phone to the new phone. It doesn’t use a backup of any kind. It doesn’t restore from a backup. It literally clones the phone. It takes about an hour and a half max, depending on how much you have on your phone, and it sends everything.

It sends your passwords — all of your Wi-Fi passwords, your app passwords, your website passwords — so that when it finishes, your new phone is a clone. So you don’t even need an iCloud backup now to restore a new device. So, yeah, you would be safe. But I’m not gonna sit there and tell people to zap the iCloud backup. Whatever you do, don’t do that because of me.

The FBI went after the guy thinking that he acted on insider information by selling a stock portfolio “just hours before the market crashed because of coronavirus.” So they went out there and they had a warrant to get his iPhone data, to find out what he knew and when he knew it. They were able to serve a warrant to Apple. They got his backup data, iCloud backup data.

The point is, he’s not the only one on the committee that did this. You know, with all of the news that we’ve learned this week about Democrat crime from the upper levels of the Obama Oval Office, and still the FBI’s out there popping Republicans. Now, I’m not saying Burr doesn’t deserve it; don’t misunderstand. But where the hell is the similar action on Feinstein?

Where is any kind of legal accountability for any of these Democrats who have gotten away with destroying Trump’s presidency — or trying to — perpetuating all of these lies? Look at media, for crying out loud. I know they’ve got First Amendment protections. But stop and think of the media here. The media runs with lie after lie after lie for two years — and everybody that fed them all of these leaks, it turns out was lying through their teeth.

If I were the media and I had all these trusted sources and they had fed me one lie after another, I would be so livid, I’d be so ticked off, I would have told them to go pound sand. But there’s none of that. They’re not upset at their sources. They’re not apologizing to their readers and viewers for misleading them. Because they were all in on it! It never was news.

It was a political activist objective — get rid of Trump, reverse the election results — and in the midst of all this, it’s Republicans that keep getting popped. Feinstein’s husband sold off a whole ton of stocks after the same coronavirus briefing that Richard Burr got, just like Burr did. Now, today, Feinstein’s office “confirmed she was questioned by the FBI and asked to turn over documents…” 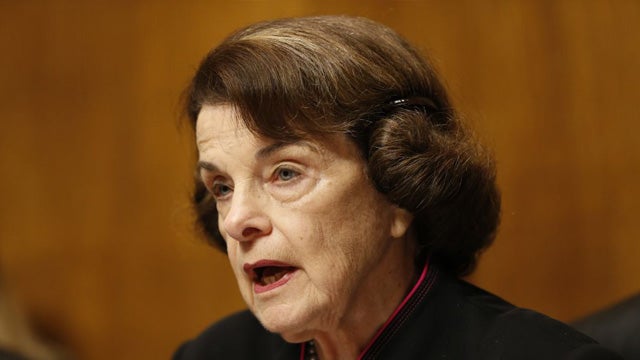 She still has a seat on the Intelligence Committee. “Senator Dianne Feinstein’s office confirmed she answered questions from the FBI and handed over documents about her husband’s stock trades.” Now, when they report on Burr, they use the word “raided.” “The FBI raided the offices and the iPhone of Senator Richard Burr today…”

But when they showed up at Feinstein’s office, they sat and had a talk, and she answered some questions very politely, and then she volunteered to give the FBI some records. But Richard Burr’s iPhone was “seized.” Feinstein records were “given.” There was a “warrant executed” against Richard Burr. Was there a “warrant executed” and filed against DiFi? Did they have to go get her info from her iCloud backup?

So with DiFi, “Oh, she was so sweet, so nice. They had a little chat, and she willingly participated. Her husband did it. She doesn’t know anything her husband does. Her husband is the financial brains of the family. I don’t know. I was just sitting here trying to save America from Trump.

“Here’s whatever you need from my phone.” With Burr — and I hope this is a lesson to Burr, ’cause he’s out there like every other Republican trying to curry favor with the media, trying to avoid being ripped like Bush was ripped or like Trump is, and it never works. You can’t buy them off.