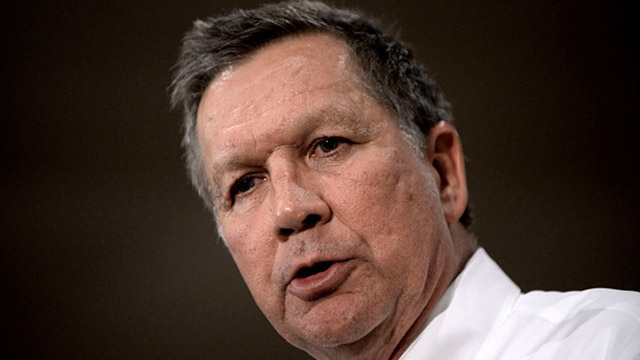 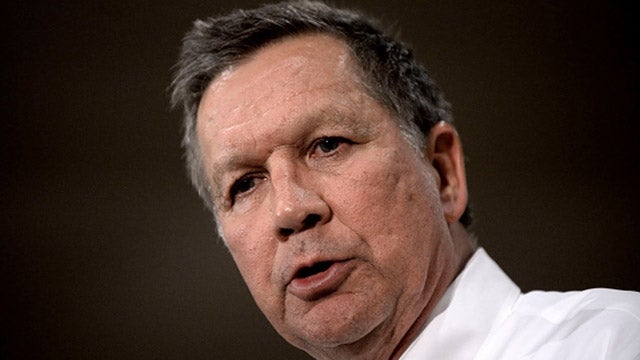 RUSH: Mark in Cincinnati. Welcome, sir. Glad that you called. How are you?

CALLER: Fine. How are you, Rush?

CALLER: I just wanted to make a statement about the horse race, so to speak, that happened in district 12 in Ohio last night. The only reason why it was a horse race to start with is because of John Kasich, the governor. That was his old seat, as most people know. And he is such an anti-Trumper that he would rather see a Democrat have that seat than have somebody have that seat that would support Trump.

RUSH: Okay. I understand that. But what’s he been doing?

CALLER: He’s been hitting all of the talk shows in Ohio. He’s been working behind the scenes and campaigning for the Democrat.

RUSH: Behind the scenes?

CALLER: With all of his anti-Trump rhetoric that he it continues to put in op-eds in the local papers and anybody that will listen, he has spent all of his time bashing Trump.

RUSH: Okay. Let me be specific with you about some questions. Is Governor Kasich, in these talk show you say he’s appearing on, these op-eds that he’s writing or these little random interviews he does, has he actually endorsed, quasi-endorsed, urged people to vote for O’Connor?

CALLER: He hasn’t come out and actually endorsed him or actually told anybody to vote for him, but it’s just the way his gestures are and the things that he’s done in the background with people that I know that live in that district, because I travel the state, that it gives the impression that he wanted them to vote Democrat rather than getting out there and actually supporting the Republican.

RUSH: So what you’re saying, essentially, is that if the Democrat vote turnout was inordinately high, 90%, that Kasich may be one of the reasons why because he was bashing Trump all the time, which is what —

RUSH: — Democrats like and want to hear. Now, he didn’t ever publicly say that you heard he didn’t want Balderson to win the seat, did he? He never said, “I don’t want the Republicans to hold this,” he never said anything like that; you’re just saying that he was so obviously anti-Trump all the time that it ended up helping O’Connor?

RUSH: Yeah. Okay. And again, I just want to be very, very clear here. That’s an assessment made by a person in Ohio after observing things. I wanted to make it clear Kasich didn’t say any of that ever, that anybody heard. We’re not saying that Kasich went on TV and said, “Vote Democrat.” Kasich didn’t go on TV and say, “I think the Democrats need to win that seat because blah, blah.”

He didn’t say that. He just continued to bash Trump and the lesser sent messages to Democrats in that district that it would be okay vote against Trump, and the way you vote against Trump is to vote against the Republican running for the seat. Well, I’ll just tell you, I get a kick out of finding out how people think. And that’s an interesting perspective.

Squeeze one more in here. Derek in Drums, Pennsylvania. You’re next your turn. Hello, sir.

CALLER: Hello, Rush. Thanks for having me. So I couldn’t pass up the opportunity to have a little compare and contrast between Trump and Obama. So Trump, he dragged Troy Balderson across the finish line in the 12th. This is something that Obama was never willing to do in 2010. You mentioned 2010 earlier in the show. He just never had any desire nor the ability to do it.

RUSH: Well, wait a minute. That’s right. That’s right. But let me tell you why. This is a great, great point. Do not doubt me. Obama did not campaign for people running for the House of Representatives ’cause he thought it was beneath the presidency to get involved in such small elections. So what Obama did was run around and make fundraising appearances where he was extolling the virtues of the party at large. But he didn’t go into individual districts and do what Trump is doing.

Trump is actually going in and actually endorsing, helping to raise money for single candidates in single districts. Obama never did it. Now, I think there’s another reason. Obama was never confident that he had coattails, and there’s a reason for that: He didn’t. Pretty much everybody Obama endorsed, the vast majority of them did lose. It was kind of a fascinating thing to realize and point out — including the biggest, Hillary Clinton.

He’s out there endorsing and stumping for Hillary. He rarely did that. He did in his second term. He would go out and stump for a Senate candidate now and then. He would very rarely go into a state or district and stomp, but he would announce support for some cases endorse. But he would not do it in House races. In fact, get this. Some of the establishment types inside the Beltway think that that’s presidential and it’s another strike against Trump, that Trump is just…

“He’s lessening the aura. He is dimming the brightness of the presidency by reducing it to stump politics in local districts. Obama never did that,” they’re saying. But I get your point. Here’s Obama who never did it, versus Trump who’s trying to — and when you look at the enthusiasm, does it make sense there ought to be Republican enthusiasm following a Trump appearance someplace? Absolutely right.

So that’s why I mentioned it at the top of the program, ’cause I don’t want anybody to think I’m not feeling well or my brain isn’t functioning. It is. I just can’t keep up with it with my mouth today when my voice is hoarse. Now, I went and looked at some things up here. Obama’s endorsement… In fact, the first seven candidates that Obama endorsed as a new president after he was elected 2009, they all lost and by wide margins. Jon Corzine, Creigh Deeds, Martha Coakley — even Arlen Specter, who had changed parties.

Obama endorsed all these people who went down in flames.

RUSH: Joe in Columbus. It’s great to have you. I’m glad you waited, sir. Hi.

CALLER: Thank you, Rush. I live in Westerville, which is a suburb of Columbus, the same town that Governor Kasich lives in, and I would like to preface this by saying I don’t like John Kasich. But he did have TV and radio ads where he endorsed Balderson, told people that he had worked with Balderson before, and urged people to get out and vote for Troy Balderson. So I don’t know what that previous caller that said he traveled Ohio was talking about.

RUSH: Well, this is one of the dangers. Anybody can call here and say anything.

RUSH: Which is why I asked him specifically. He did not say that Kasich endorsed the Democrat. You know, so I —

CALLER: He did actively endorse the Republican. I do know that. So…

RUSH: Well, I’m just glad that you were able to get through here.

CALLER: And I did vote for Balderson yesterday. I held my breath, but I did it.

RUSH: Whoa ho! What do you mean you held your nose? What does that mean?

CALLER: Well, because I had voted for Pat Tiberi, which was the person who retired. I’d voted for him a bunch of times, and I was ticked off when the House — and he was one of them; I looked it up — voted not to repeal Obamacare. Even though before Trump was president he was one of the guys who said, “Yeah, we gotta repeal Obamacare,” but then when given the chance, he didn’t, and I had told myself I wasn’t gonna vote for Pat Tiberi again come the November elections. Well, then he decided that he was gonna retire, so that’s why I voted for the person —

RUSH: Right. Too many people like you weren’t gonna vote for him after that.

CALLER: Right. Because, you know —

RUSH: But wait a minute. When you say you held your breath, it makes it sound like you’re not particularly crazy about Balderson, either.

RUSH: Well, I mean, but you don’t have much choice here.

RUSH: Whoever you are a gonna vote for is one. I hear you. I hear you on that. Anyway, I’m glad you got through there, Joe. Thanks much.