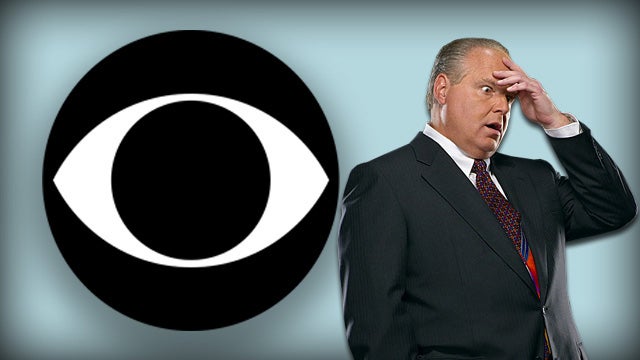 Mr. Snerdley, have you seen this story? It’s all over Drudge. “‘Everyone Is Shocked’: CBS News Hit Hard by Layoffs — ‘I’m really sorry,’ network president Susan Zirinsky said Wednesday on an all-staff Zoom meeting about the cuts. ‘There is not a person who won’t be missed.’” How in heck can these people be surprised? These are people in the news business!

This is CBS News. I guess they’ve been reporting how bad the shutdown is. They’ve reported all the layoffs. They’ve reported all the people on unemployment. Why are they shocked? That it happened to them? Are they shocked when they got laid off? I think it’s classic. Maybe… (interruption) They were reporting how bad it was because they wanted it to impact Trump.

Now, they weren’t reporting specifically how bad the shutdown was, but they reveled in the unemployment numbers, and they were reveling in the economic slowdown numbers. But, yeah, they weren’t blaming the shutdown for it. They were blaming Trump for it — or trying to. Anyway, a hundred people have been laid off. “Everybody is shocked.”

“[D]ue to ‘the economic fallout from the pandemic coming on top of the cost savings initiatives already underway from the merger of CBS and Viacom.’”