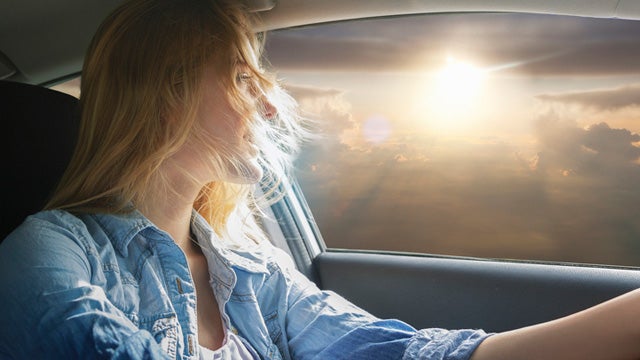 BRETT: Big news coming out: Now that the mask mandates have been lifted in many years lipstick making a comeback. Lipstick sales jumped more than 80%. You know what that means. It’s a return to farding. That’s right. If you wonder what I’m talking about, I’ll let Rush explain it.

RUSH: I got to thinking, you know, I used to every day, preparing this program, I had a stack of just pure silly stuff, lighthearted silly human interest stuff, and there’s some of that but I don’t ever seem to get to it because all this stuff is so damned intense. I’ll give you an example. Back in 1989, shortly after we secured The Big 89, WLS as an affiliate — and they were one of the first top-ten markets that we got. And I said, “You know, this would be funny.”

So I took to the microphone that day and I discussed the increasing number of automobile accidents taking place in American cities. It was an epidemic back then. Somehow it made news. There was all kinds of traffic accidents that were happening, there was a spate of them. And I said, “Folks, I’ve got a solution. It’s not seatbelts, it’s not this, it’s not sober up. The best thing we can do if we want to make highways safer and roads safer is to simply ask women to stop farding in their cars.”

And I explained just that one simple step would clean up a whole lot of traffic messes. I went on to other things in the monologue and finally went to the phones and, “What do you mean, what do you mean women? Well, what about men?” “I have never seen a man fard in his car.” “Well, have you seen women?” “All the time.” “Well, how do you know that that’s happening?” “Because you can see it.” This went on for 30 minutes.

WLS, Tom Tradup was the general manager, WLS canceled me for 45 minutes until the bit was explained in full. The word was fard, f-a-r-d, and it’s French, and it means to apply makeup to the face. But if you say it real fast — I guarantee you, you could play the tape back, I did not say the word you think I said. It’s just you never heard the word fard. Well, that’s the kind of lighthearted stuff that we used to have time for.

BRETT: That’s awesome. It’s one of the great stories that Rush has ever told.

I love you it. You know what else I love? Lancaster County, Pennsylvania, Braden joins us there. Braden, welcome to the program.

CALLER: Hey. Well, I just want to point out that Pennsylvania’s just become the first state to limit the emergency powers of a governor, I think, in history.

CALLER: So it’s not completely confirmed yet. I guess the approval comes in June so hopefully they don’t screw up this election like they did the last one but, yeah. A majority voted in favor of amending our Constitution to limit the governor. So —

BRETT: See, that’s a huge point because Tom Wolfe, people were very upset that Tom Wolfe abused his powers, and you had the legislature come in and, you know, reel it in. In fact, remember we had call yesterday — thank you for the call, Braden. It was great to be reminded of that story. We had a call yesterday where someone said, “Well, what are we gonna do?

“How do we fix all this sort of stuff?” and I posited to them, I said, “Listen. The answer is you can’t fix it right this minute through the Congress, right? Because you’ve got a majority for Speaker Pelosi and you’ve got Schumer with a slight majority because of the Harris vote. But it’s that state legislature that’s gonna keep you in the game.”

Those are the folks that have that power to then get in there and real in the power that their local and state elected officials have. I’m telling you, we are going to see a reckoning across the spectrum with these politicians who went way too far with the mask mandates and the shutdowns. And you can go to a wedding, but you can’t dance with your spouse or your significant other.

You can’t enjoy the outside fresh air without wearing a mask. You know, with those masks going away, that’s why people are buying more lipstick, right? Well, those masks have been mandated for the better part of a year by these tinhorn dictators that operate as governors in many of the states. I mean, pick ’em. You know who we’re talking about.

Phil Murphy in New Jersey, Andrew Cuomo in New York, Gavin Newsom in California. You look at Pritzker there in Illinois — and let’s not forget Gretch Whitmer who’s still working hard trying to kill that pipeline deal off, kill that pipeline off so that we’re even more dependent on foreign energy. And this is what’s happening.

So what you are now going to see is, I think, you’ll see some retirements from some of these governors. I think you’re going to see a reticence moving forward. Because now what will happen is, you’ll trim the powers of these emergency declarations so that a future governor can’t do this again. Because as I talk to people in my circle of friends and the experts that I talk to, they say, “Listen, if we have another one of these outbreaks of coronavirus, are we shutting it all down again?

“Are we restricting everybody?” I just don’t think the people will put up with it in the way that we just saw play out here for the last, what, year and three months? I just don’t think we’re gonna see people being as pliable as they have been in the past. People are sick of wearing the masks, and they’re sick of the notions of shutdowns and punitive measures from people that we voted into office. We didn’t vote for them. They were voted by the democratic process into the office of the governorship, and they turned around and literally just punished the people in their states.

So now they’re gonna be held to account, which is remarkable.