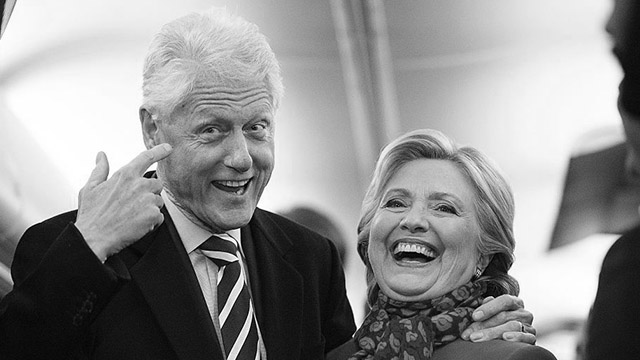 RUSH: Obama did in his seminar in front of a thousand people at Rice University.

By the way, the seminar was at the James A. Baker political institute for building up former Democrat presidents or whatever. And Bill and Hillary, they started their stadium tour in Toronto. And you know what they didn’t talk about, they didn’t talk about Russia. No. If you listen to Bill and Hillary, the reason Trump is a corrupt creep is because of the arrangements he has with the Saudis.

Hillary didn’t even want to go to Russia. She didn’t want to mention it. Bill didn’t know why he was there. The place wasn’t even half full, exactly as we predicted. And Hillary had another massive coughing spell while all this was going down.