RUSH: Let’s look at CNN. What do you think CNN is gonna cover Monday, the Horowitz report or the impeachment hearings? They’ll cover the impeachment hearings. They’ll ignore the Horowitz report. Speaking of CNN, the bottom has fallen out. This is another reason why I tell everybody not to worry. If you want to look at “media strongholds,” quote-unquote, that are leading with this “Trump’s gotta go” story, CNN’s totally all in on, “Trump’s got to go.

While the Democrats and Robert Mueller have been working out a way to impeach Donald Trump, while CNN has been devoted to destroying Donald Trump, they have succeeded in destroying themselves. “Fox News increased its prime-time audience by 6%. MSNBC lost about 35% of its audience, but didn’t hit a three-year low.” But the networks that are all anti-Trump all the time, the bottom has fallen out. Fox prime time has increased. 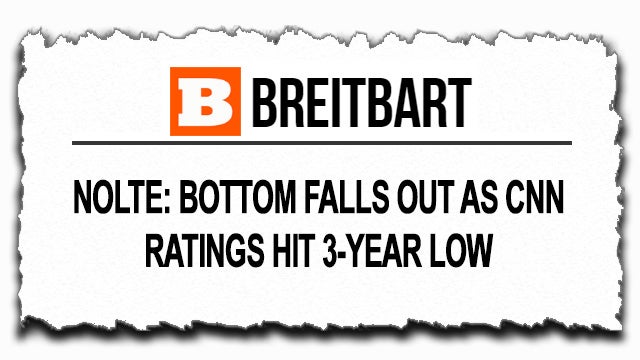 In total day, which is basically 6 a.m. to midnight, Fox has 1.33 million. This is an average. It’s not the grand total. It’s an average at any one time, a snapshot of people watching at a moment. Fox has 1.33 million. MSNBC 781,000. CNN 539,000. CNN — in the middle of what ought to be earth-shattering eyeballs, can’t-turn-away-from-it news, the impeachment of a president (it’s only happened four times) can barely attract half a million viewers, and the bottom continues to fall out.

So, folks, be of good cheer. Understand that most people watching that don’t want to see it. Most people watching it are not being swayed or persuaded by it, because Donald Trump is doing exactly what he said he was gonna do. He’s draining the swamp, he’s exposing the swamp, and so all of this irrational, delusional hatred is exactly what we want. We want people to see it, we want people to be affected by it — and they are seeing it, they are being affected by it. They are turning it off.