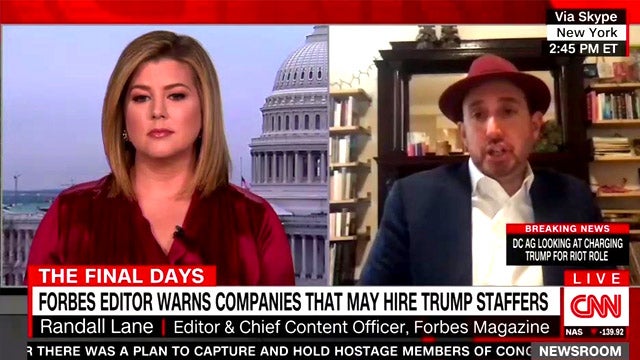 RUSH: Now, I want to go on to the next bite. This is from Sunday, yesterday, CNN’s Reliable Sources. Our old buddy Little Brian Stelter had as his guest CNN senior media reporter Oliver Darcy. 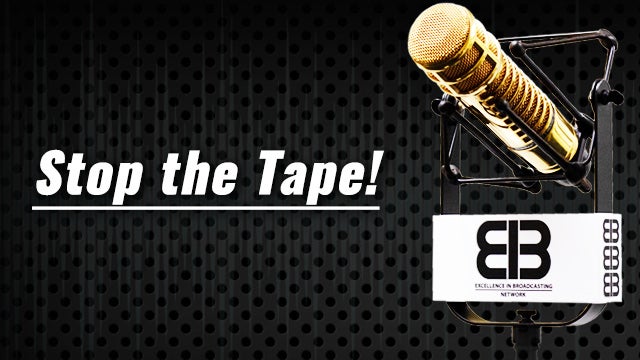 They don’t. There isn’t any news. There is simply, “Destroy Trump and advance the Democrat Party agenda.” That’s the extent of CNN’s programming. You know, my dad, when I was growing up and he was warning me and my brother about communism — and this is what’s missing, by the way, in America today. I’m gonna be 70 tomorrow.

So that’s roughly, you know, two generations, almost three. I remember I’m 8-year-old, I’m 9- or 10-year-old, and my father is teaching me about communism. He’s warning me about it, and the reason is that it was a formative thing in their lives, in my parents’ and grandparents’ lives. Communism was deadly. They were scared to death of it. They had lived through…

My parents and grandparents had lived through the Great Depression. It was a very formative thing in their lives. They were broke; they were poor. You had to go to college to have a chance, they believed. Then, you know, prior to that was World War I. My grandparents had experience with that. My father was born in 1918, so he’s a World War I baby.

Then World War II hits and Korea and, I mean, my grandparents didn’t have time to think about themselves. They had to grow up by the time they were 15, and by the time of they were 15, they were told day in and day out that there are enemies of America that want to destroy America. They were right. And they had to live with Khrushchev pounding his shoe at the United Nations promising to ensnare their grandchildren and make them communists.

It was a real thing to them. It was a real thing, period! Communism kills. They build walls to keep people in in communist countries. Anyway, my father’s warning me, educating me about all this, and William F. Buckley Jr. That was the one of the focal points of Buckley and Reagan-era conservatism. It’s been totally lost. There aren’t parents today who warn their kids of communism.

There are parents today who promote it!

We’ve done a 180. It’s, sadly, something missing. One of the things my father told me during these warnings, these education discussions: He said, “Son, the first people who are gonna be shut up and silenced are these damn media people who are promoting this.” I mean, he had no love lost for some of these people at NBC, CBS, ABC — my dad didn’t — and here they are.

They’re just glowingly reporting about the Soviet Union, how wonderful all these people are, and they were. And he said they don’t know, but they’re gonna be the first people silenced. And that’s what I think when I hear this next sound bite from CNN. Here they are, they’re media people, they’re extolling the virtues of people that would shut me up, that would shut you up, that are trying to shut us up. They extol the virtues of people doing that, and they think it’s not gonna happen to them at some point? So Little Brian Stelter asks Oliver Darcy what was the media story of this week? 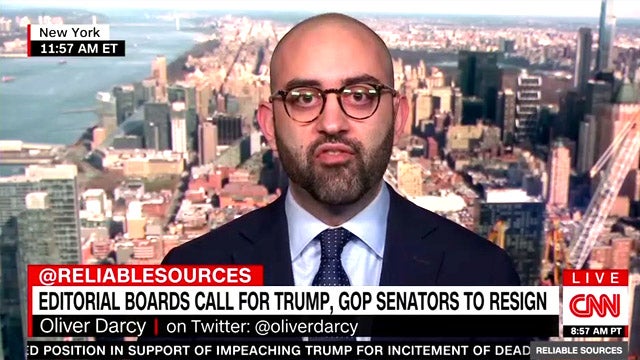 DARCY: The story this week was bringing our informational crisis to the forefront, right? It’s a national emergency. You have corporations and people that are profiting off of lies and conspiracy theories, whether that’s Big Tech, whether that’s Fox News, whether that’s the TV providers that beam OAN and NewsMax into homes, or Rush Limbaugh, there are a lot of people profiting off of lies and conspiracy theories, and I don’t really see how things get better, how we move on as a country until this informational environment is cleaned up.

I don’t want to waste time telling you the big story of Comey and the Obama Oval Office meeting of January 5 prior to meeting with Trump on January 6, prior to James Clapper being told by Comey, “Mission accomplished. I told him about the golden showers story.” I don’t have to waste time telling you that Clapper called CNN, “Okay. You can report it now because Trump’s been told,” and they get a Pulitzer for it? They’re up to their eyeballs in this stink. That may be the shortest amount of time I’ve ever spent telling the story, by the way.

But I’m telling you, folks, these people are up to their eyeballs in it. They were integral in the lies and the spreading of distortions about Trump colluding with the Russians. And yet Mr. Darcy seems to think that they’re exempt, that they’re untouched by any of this?

Don’t hire Betsy DeVos. Don’t hire anybody. What? You see, this is an American journalist company, Forbes. You know, Forbes sold out. This is not “Teve Torbes” and his brothers. They’re gone. (interruption) You didn’t know that? (interruption) I don’t know who bought them, who it is, and by the way, this guy’s not the only one issuing such warnings.

This is just the most recent. There’s all kinds of – (interruption) I think they know exactly what they sound like. They are currying favor with the American left is what they’re doing. What they’re doing is asking to be left alone. What Forbes is actually doing is saying to Pelosi and whoever the hell else, “We’re on your side, we’re not a problem, ignore us.” This is how it happens. You curry favor or you go to the reeducation camp. Take your pick.