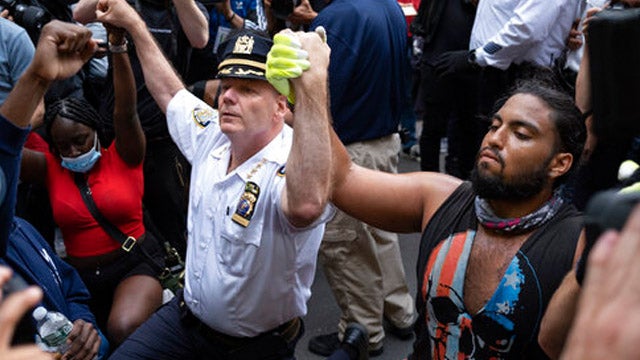 RUSH: Have you heard about this cop that got beat up on the Brooklyn Bridge during a protest? (interruption) Do you know who that cop is? (interruption) That is a guy that took a knee and hugged the protesters way back when to show solidarity with them. And some guy came along with a cane and just beat the tar out of the guy on the Brooklyn Bridge, same cop, and now they can’t find the perp.

What are they gonna do, give him a medal? What’s de Blasio gonna do, give this guy a medal? This is classic. This cop — and he’s not the only one — took a knee. The protesters are gathered. I’m sure you remember the photos. The protesters are gathered, they’re in line, and the cops are facing them also in line, and they’ve got their riot gear ready to go. And then out of nowhere the cops kneel. They take a knee a la Kaepernick, a la the National Football League.

And then some cops actually went up there and gave one of the protesters a hug, and one of the cops who did that is the guy who got tarred and feathered by this cane attack on the Brooklyn Bridge. (interruption) What do you mean, what does it mean? It means you can’t appease these people. You can’t meet ’em halfway. You can’t show them that you’re even sensitive to their cause. 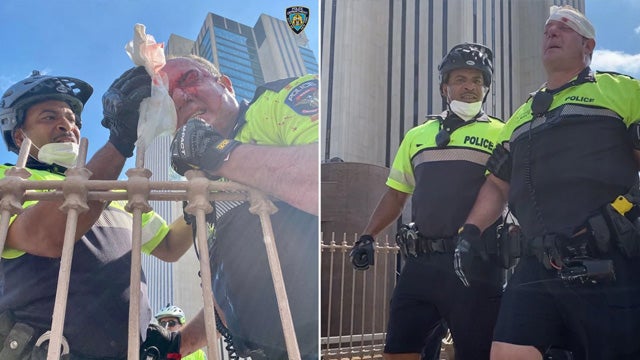 None of that matters. This is not how whatever problems we have in the country are gonna be solved, folks. These people that we’re up against are gonna have to be defeated. Their objective for this country has nothing in common with what we want.

And, in fact, the Smithsonian institute has published a hit piece, it’s intended to be a hit piece against white culture. And I’m gonna give you some examples. The Smithsonian has done this! But I’m getting ahead of us myself. I’m actually setting the table here. I want to get started on some other things first. We’ll circle back to this.

But wait ’til you hear what the Smithsonian has done. I think it’s probably a white person named DiAngelo, who is being made famous as a white person dumping on white culture in order to curry favor with the mob, Black Lives Matter and so forth.

And so this person, whoever did it, has literally put together a classic explanation of Western civilization culture, not white culture. It is a list, it is a recitation of character and behavior and virtue that is time-tested through the human civilization to be an excellent way to live. And yet it’s posted at the Smithsonian institute or at the Smithsonian as an example of white supremacy, an example of white privilege, an example of how the white race is attempting to force its own culture on minorities in America. 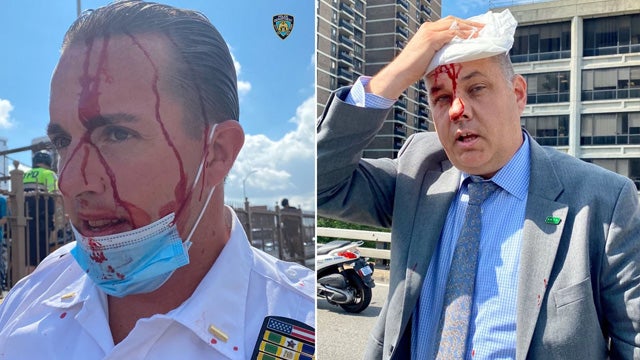 Of course it’s as absurd as saying the United States is out there trying to impose freedom on the world. We do, but in the form of liberating the oppressed. And of course I was unaware that freedom is an imposition. I thought freedom is a great thing.

I pointed out that these are the people that took a knee and went up and hugged these protesters some weeks ago when all of this unrest began ’cause they thought they would show solidarity. They would indicate that they, too, don’t support and are fed up with what happened to George Floyd. And it’s a great lesson. You cannot appease these people. 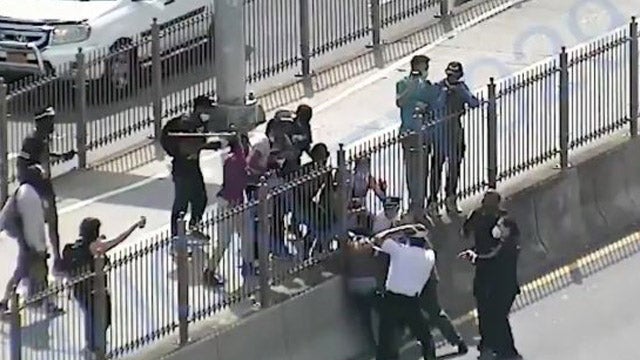