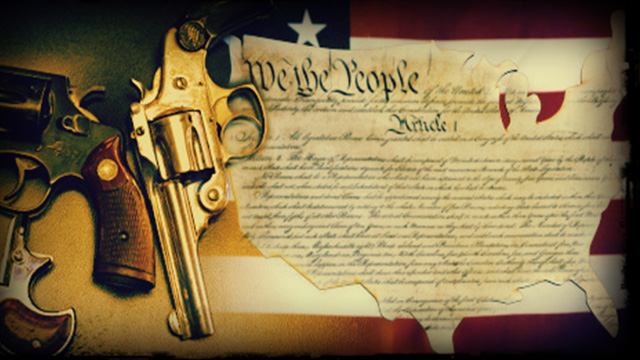 RUSH: Do you remember yesterday, ladies and gentlemen, that I introduced to you the new concept of corporate gun control? For those of you who were not here yesterday, let me briefly run through this. The left has figured out that it is impossible at the present time to actually get rid of the Second Amendment. It is not going to be successful to use the government to confiscate weapons. They have made the judgment that going after people’s guns using the power of government or the efforts to eliminate the Second Amendment will fail.

And so they are employing new tactics, and they’re not advertising this. They’re not bragging about it. They’re not discussing it. They’re not beating their chests when it succeeds. And the name “corporate gun control,” it doesn’t mean that it is all exclusively corporate strategy and behavior. It’s just to distinguish it from government. They’ve given up on the idea of using government to get rid of guns, to find them and confiscate them to get rid of the Second Amendment, and instead they’re using the private sector to do it.

The way they are doing it and the reason why it’s being called corporate is that participating CEOs will take their companies out of business relationships with any entities that support the Second Amendment or donate money to the NRA, have firearms training classes. So if the CEO of the ABC Widget Company learns that one of their prime customers heavily supports the NRA, they will cease doing business with them. They may even get to the point of firing and not hiring employees who own guns, who use guns, or who contribute or donate to the NRA or any other gun rights group.

This is already happening. If a broadcast outfit is requested to carry advertising by a group or company which has ties to guns, gun rights groups or whatever, the CEO can refuse and is refusing the business. The objective is to make it financially painful to support the Second Amendment and gun rights groups. Lending institutions and banks are a big part of this. If you need a mortgage, if you go to a participating — and there’s not a list of these things.

I mean, they’re very quiet about this. If you go to a lending institution or a bank, you need money for anything, want to buy a house, want to buy a car, on the application form there will be a section about your relationship with guns and the NRA. And if you support the NRA, if you own guns, they will turn down your request for the loan. It’s just beginning, and it’s at the early stages, as I say. George Soros, not totally him, but he’s here at the foundational efforts of it.

It is the result of liberal thinking. They’ve given up on the idea that government will succeed at this, even if they get elected president. They realize that gun owners love their guns too much, they’re too devoted to the Constitution. That isn’t the way to get rid of guns and to get you to give yours up. If you need a loan, if you want to buy a house, if you need money for anything — who doesn’t? — then you go to a lending institution, and you have anything to do with guns, they’ll refuse you. Until you get rid of your guns or stop your membership in the NRA.