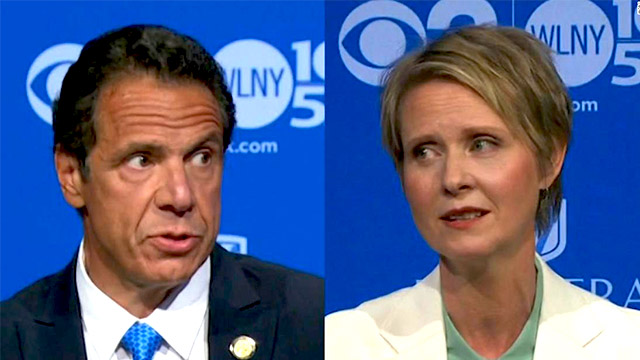 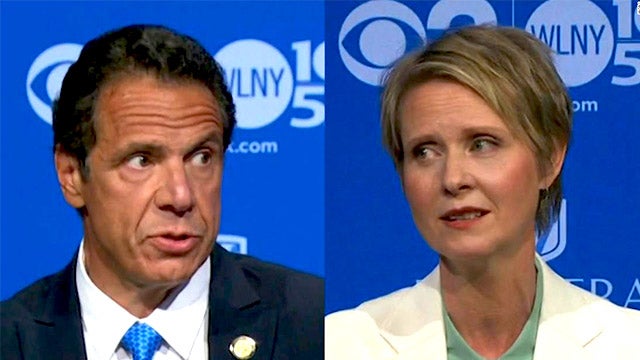 RUSH: We’ve got some great audio sound bites of Andrew Cuomo and Cynthia Nixon that are just beyond belief as they debate each other on who hates America more, who’s the biggest leftist, who hates ICE the most, and who loves women the most! I mean, Andrew Cuomo is obviously scared to death by the candidacy of Cynthia Nixon and is doing everything he can to move as far left as he can. It’s hilarious.

Now, one of these two is gonna win in New York; so it just is what it is.

RUSH: Now, there was a debate between Andrew Cuomo and Cynthia Nixon running for governor of New York. Of course, Andrew, the son of Mario “The Pious,” is the incumbent. Cynthia Nixon is an actress, an activist actress, she of Sex and the City and all that. And let’s set this up by going back to August 15th during a ceremony to sign some legislation. Andrew Cuomo was in New York City, and something compelled him to say this.

CUOMO: The simple point is all this comes down to this. We’re not gonna make America great again. It was never that great. We have not reached greatness. We will reach greatness when every American is fully engaged. We will reach greatness when discrimination and stereotyping against women, 51% of our population, is gone and every woman’s full potential is realized and unleashed and every woman is making her full contribution.

RUSH: You know, if I didn’t know better, I would say that Governor Cuomo there was pandering because he’s lonely and needs some attention. But, I mean, this is such obvious pandering. Forget the America is not great and it never was great and it won’t be great until… It’s the reason why. It’s a total pander to women! “We will reach greatness when every American is fully engaged.” What in the world does that mean?

These people on the left come up with more psychobabble than I can keep track of. “We will reach greatness when discrimination and stereotyping against women, 51% of our population, is gone.” Now, obviously he’s saying this because his opponent is a woman. But even he I think he would come up with something like it because this is what the left is. Totally devoted to identity politics.

So let’s go to Hofstra University last night. New York Democrat gubernatorial debate between Andrew and actress Cynthia Nixon. The moderator was Maurice DuBois. Do you remember that name, Mr. Snerdley? You don’t know? You don’t remember Maurice DuBois? When I lived in New York, he was a reporter for Channel 2, CBS Eyeball News 2. I think it was Eyeball News 2. Yeah, a lot of those people, you know, from the early nineties, they’re still there. He might have been at Channel 4. I’m not sure.

But, anyway, he was the moderator, Maurice — some people pronounce it DuBois, but it’s DuBois. And he started things off, “Governor, you have been outspoken on national issues and the president. Can you promise the voters of New York right here, right now tonight that if you win reelection that you won’t run for president and spend the next four years as governor?”

CUOMO: Yes. Yes. Yes and yes. Double yes. I’m running for governor of New York. Now, my job as governor is to protect New Yorkers. The largest threat today is President Trump. He is attacking everything we believe in New York. He has to be stopped. I’m gonna fight with him. He tweets at me weekly. I welcome it. Know me by my enemies. Someone has to stand up to him. Someone has to stop him. New York should be the state where we say we are the alternative state to Donald Trump, and we’re not gonna let him bring his extreme conservative politics to this state. It ends in New York.

So he starts out, “We remind you that America has never been great, never that great, we have not reached greatness, and we won’t until we recognize all women are qualified to be with me.” One of the things that has these states like New York all upset is Trump’s tax cut where they took away deductibility of state and local taxes. And of course those people are livid. They’re outraged that their taxes went up so high.

Isn’t that ironic? Aren’t they the people who claim the rich are not paying their fair share? Aren’t these wealthy leftists, the people that have been saying for years that the rich aren’t paying their fair share? So Trump’s tax cuts result in increased state taxes — well, increased federal tax, actually reduced the deductibility. Their tax bill is higher. Why aren’t they happy?

They’re now paying more of their fair share, but they’re upset and they’re livid about it. And that’s just one of the things that Andrew Cuomo is mad about with Donald Trump. So here’s Cynthia Nixon, the moderator Maurice DuBois said, “Ms. Nixon, you have a minute to rebut what we just heard.” 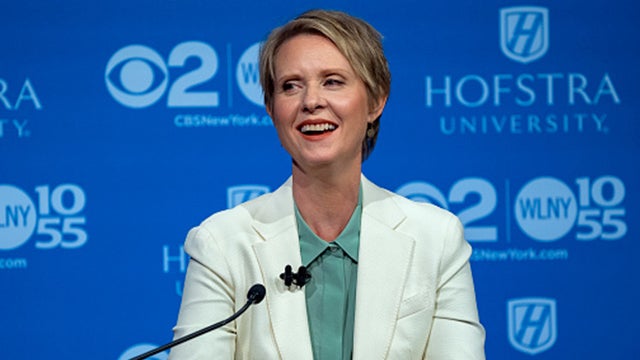 NIXON: I would say that Donald Trump did tweet at you about whether or not America was great, and you backed down pretty quickly. You stood up to him about as well he stands up to Putin. When it comes to opposing Donald Trump in New York state, we already have a corrupt corporate Republican in the White House. We don’t need a corrupt corporate Democrat in Albany as his main opposition. We need to oppose Donald Trump not just with rhetoric, but with policy.

RUSH: Okay. So it’s a race. We’re in a race to say who can hate Trump the most, who can criticize Trump the best, who can get New Yorkers all in a tizzy over their hatred for Trump. So now Nixon is ripping Andrew for backing down on his declaration that America was never great. He did. He kind of did a mea culpa. He said I was monkeying around when I said that, and it didn’t come out the way I intended it to come out. Of course America is great. We can be greater, though, and so forth; so he tried to walk it back.

She is accusing him now of monkeying around and walking it back. And so in this primary, in the New York gubernatorial primary, the contest is on for who can prove you think America sucks the most. And here’s the next bite.

CUOMO: There’s so many misstatements there, it’s hard to do it in a minute, but let’s start. On immigration nobody has stood up to Donald Trump the way I have. New York state is the state that is suing Donald Trump for ripping babies from the arms of their mother. New York state is the state that says we will not cooperate with ICE. They’re a bunch of thugs.

CUOMO: Excuse me. I let you speak.

CUOMO: Can you please stop interrupting?

CUOMO: Can you please do that?

NIXON: If you stop lying, I will stop interrupting. 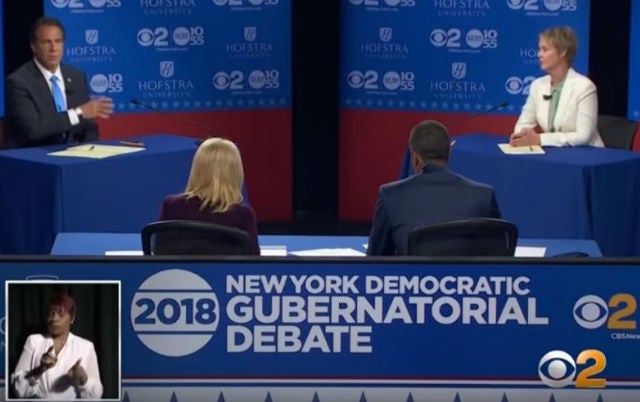 RUSH: (laughing) (imitating Cuomo and Nixon) “You stop lying! I hate America more than you!”

“You can’t outdo me when it comes to thugging ICE!”

Many of you didn’t live in New York and you listen to this, does it strike you as strange that these people believe this is the kind of campaign message that is going to sweep this country and reclaim the House of Representatives for the Democrats. There isn’t anything positive. The only thing remotely positive in their convoluted world is when they come up with what they think is a clever insult or attack on Donald Trump.

But everything is miserable, everybody’s getting angry and getting angrier. Everybody’s unsettled. Not only is nobody happy, you can’t even find any contentment. Nobody sounds relaxed. Nobody sounds confident. They do not have a message that they can get behind and openly admit.