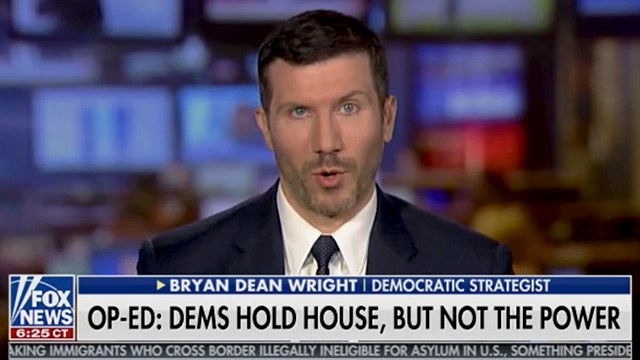 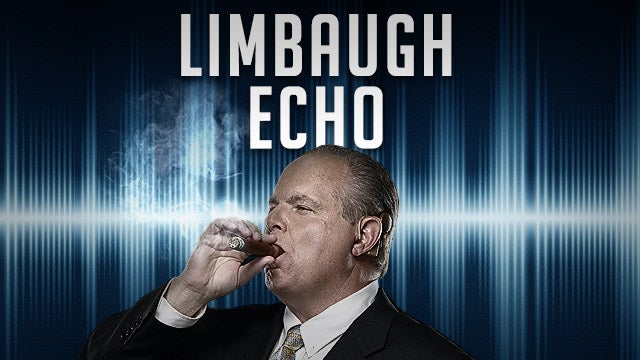 RUSH: Bryan Dean Wright was on Fox & Friends today with Steve Doocy. He’s a Democrat strategerist, and he had an op-ed published opining that the House of Representatives doesn’t really have the same influence as the Senate. Winning the House is a big deal, but it’s not ballgame. It really doesn’t accomplish much because judiciary appointments and confirmations happen over in the Senate. Doocy said, “Okay, so, here we are. We’re a couple of days after the Democrats won the House. They’re very, very excited. But you say in your op-ed, ‘Who cares? Who really cares? The action is in the Senate.'” 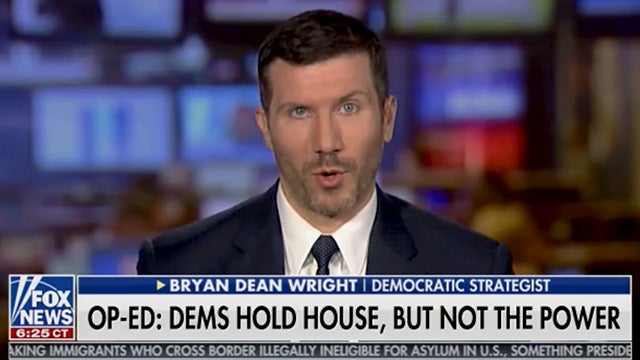 WRIGHT: We have to go back to our basic civics to understand why this is true, right? So the House and the Senate are supposed to propose and pass legislation, the president signs it or vetoes it. But that’s not how it works anymore in Washington. How it really works is a president, on the most divisive issues, puts forward executive orders, and then you have judges that rule for or against it. So how our nation is governed is by the bench, the judiciary. And who controls that, who controls the Supreme Court and the federal judgeships? That belongs to the Senate, in selecting and nominating and moving forward these folks on the bench.

Ergo, the Senate is where the action is. But what is this actually admitting to? It’s that the judges aren’t judges, that judges are themselves political hacks. We’re not even talking about the law here! We’re now talking… This guy is admitting that the purpose of the judiciary has replaced Congress, in terms of determining the laws and the regulations that govern American life. There’s so much of this that would make the Founding Fathers roll over in their graves. Judges having this kind of power was never the intent, obviously.

But the flat-out admission here that judges are not judges but instead political hacks and that it’s automatic that if you’ve got a majority bunch of liberal judges on your court, you’re gonna get liberalism. Regardless the law, regardless the Constitution, if you have a bunch of Republican conservatives, ditto the same way. Although it doesn’t work that way. It does work that way on the left. You can take a look at the voting bloc on the Supreme Court.

All four liberal judges vote identically every case. It’s not the case on the right side. It’s getting closer to that on the right side, but even so, it’s a bastardization of what the judiciary is supposed to be. It’s a bastardization of what judges are supposed to be. And it’s now being acknowledged. Now, Bryan Dean Wright is who we’re talking about, and he continued before Doocy even had a chance to ask another question.

WRIGHT: Democrats can have the House all day long, but most of the real power in shaping the future of this country rests in the Senate, and we don’t control it. In fact, we’ve lost seats. We’ve lost Missouri. We lost Indiana. We’re goin’ backwards! So if Democrats really want to have a voice in this country, they’re gonna have to compete in red states, and that ain’t happening with people like Pelosi. … We continue to embrace people like Ocasio-Cortez of New York, Democratic-socialist. We start pushing things like open borders and abolishing ICE. It is crazy for us to embrace the far left of our party. We are never going to get back into a position of authority and influence New York Times country.

RUSH: Is that not an amazing admission? I don’t know how old this guy is. He sounds relatively young, but you can’t judge on that basis. But it’s still incredible. They’re losing in the Senate. That’s why they are so desperate to steal the seat back in Arizona, so desperate to steal the seat away from Rick Scott in Florida. We’re talking about Republicans being plus two versus plus four. When you get to plus four, it doesn’t matter what Murkowski and Collins do, and these new senators — this crop of senators — would owe everything to Trump.

They would be much better than Corker and Flake and McCain, in terms of the Trump agenda, and Democrats know it. But this guy is saying, “Yeah, Ocasio-Cortez and all this, Democratic-socialism? That’s not how we’re gonna…” Don’t tell them that. They think the country already is that, and they’re pushing for that, and that’s why I think Pelosi… She may think she knows what’s headed her way, but I don’t think she does.