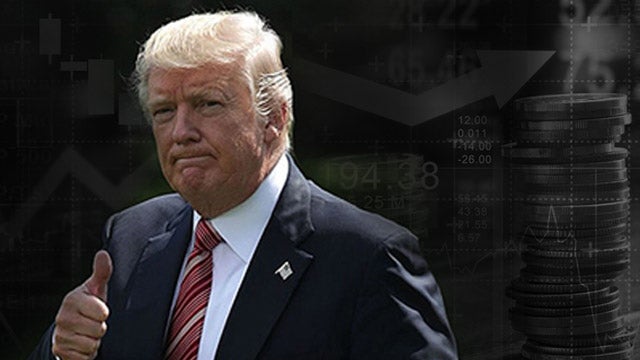 RUSH: Now, prior to the Supreme Court rulings today, which the market is largely misunderstanding. The market’s down, the Dow Jones Industrial Average is down 337 points. It was up earlier today because of the economic news. The market rallied after the government reported fewer first-time jobless claims than expected, a signal the economic recovery may be strengthening. We can’t have that. No, ho. We can’t have that, the Drive-Bys would say and the Democrats.

So the headline — and this is at about 10 o’clock, so this is like 10 minutes before the Supreme Court decisions on Trump’s tax records were announced. “Stocks Battle Higher as Jobless Claims Ease. Initial claims for the weekend of July 3rd totaled 1.3 million, which means nearly 50 million Americans have filed for first-time unemployment benefits since mid-March.” That’s recession, Great Depression-era type numbers. But it’s battling back. It’s on the way to coming back. And it’s got more strength in the recovery than you would ever know if you have no other source of news other than the mainstream media.

Now, I did see something today that troubled me. Was it United Airlines? Might have been. I think it was United, issued a warning that they may be forced to lay off 60,000 employees down the road. That would not be good. But with COVID-19 out there, people just aren’t flying as much, and the airplanes, some of them are packed and some of them aren’t. Social distancing and all that.

But it’s gonna be a challenge. The economic recovery is gonna be a challenge. And I’m telling you, the Democrat Party is doing everything they can to forestall it. And when I say the Democrat Party, I mean your everyday Drive-By, mainstream news media is doing everything they can to stall this recovery. The primary effort at the moment is to make sure the schools don’t open because, if the schools don’t open, it means one of the parents can’t go back to work, and maybe both, ’cause the kids are gonna be at home, and that’s one of the primary weapons that they’re using now.