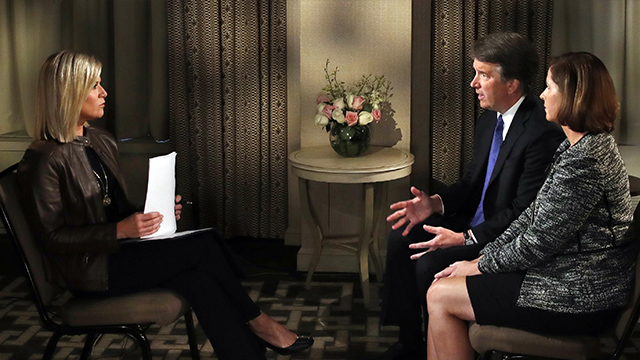 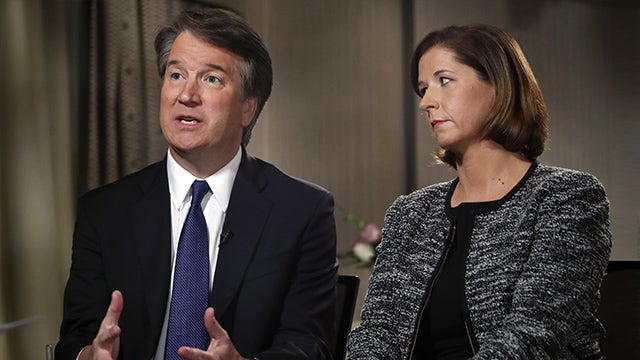 RUSH: It gets more despicable, it gets more disgusting with the passing of each day. Judge Kavanaugh and his wife went on Fox News last night. I know there are different takes, different reactions to the interview that occurred, Martha MacCallum with Judge Kavanaugh and his wife. But I’m just gonna tell you: The fact that something like that even occurred with the subject matter that came up is itself despicable. It is just simply outrageous. 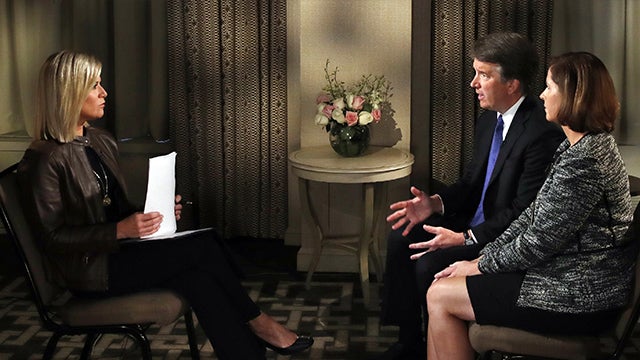 It was uncomfortable to watch this. I knew exactly what was going on. And, by the way, it served a great purpose. Forget (sigh) whatever you thought of it. And I’m sure the reactions, the thoughts, the emotions to that run the gamut. But one thing that it did, I am a firm believer… Remember we had the story yesterday that this loose cannon, Avenatti, who is the lawyer for the stripper? What’s her name out there? (interruption) Stormy Daniels. Yeah, Stormy Daniels.

Oh, by the way, there’s a link on the Drudge Report that says the judge in that case is ready to toss her lawsuit on Trump on the basis that Trump had every right to what he wanted to say; it can’t be actionable and so forth. The judge hasn’t thrown it out yet, but the story says that he’s on the verge of doing it. But Avenatti — as we so (sigh) disgustingly shared with you yesterday…

Avenatti said that within 48 hours he was gonna produce a witness that would testify to the fact that Kavanaugh and his buddy Mark Judge got women drunk while in college. They got them drunk and gave them pills and started a “rape train” for their male buddies. He said he was gonna produce this witness in 48 hours. He was demanding to be heard by the committee. He was demanding to testify and so forth. Today, his Twitter account is locked.

I’ll tell you what I think. I think much of what the left has been doing has been designed to get Kavanaugh to throw in the towel. I think they’ve wanted Kavanaugh to quit and I think they’ve been trying to get Trump to pull the nomination. So there’s Kavanaugh and his wife last night on Fox saying (summarized), “I was a virgin. I’m a good Catholic boy. I was a virgin long after high school. I didn’t do any of this stuff.” People watching this are saying, “Gee!”

I think one of the purposes of that was to make and Kavanaugh’s team say, “For crying out loud, this isn’t worth it. Come on! Who are you kidding? I’m not gonna stand there and defend myself against this…” They wanted him to drop out. Now that he hasn’t — instead of dropping out, he goes on Fox and he does the interview and he spends all this time backing up his character and so forth — I don’t think that was what the left expected. I really think they thought that he was gonna bug out. They’re not in touch with reality.

They really do believe — and I thought they believed — that Kavanaugh, they could make him quit and make Trump pull the nomination. I still don’t think that Christine Blasey Ford’s gonna testify Thursday. I don’t think she’s gonna ever testify. But people can disagree. But we’ve already got… You know, Feinstein is already talking about canceling the hearing on Thursday. Now they’re upset the Republicans have gone out and hired an independent female lawyer who is an expert in sexual abuse cases interviewing.

The left says, “No, no, no, no! We… No, no, no, no, no. We want Republican senators doing it.” Of course they do. He want to set it up where these old white senators are berating and demeaning the and range of motion gutsy and ballsy Christine Ford, and so they’re balking. And I told you yesterday, “By the time we get there it’s gonna be ‘unsafe’ and not conducive to her testifying.” I think she’s still balking. She’s still trying to get it arranged so she wouldn’t have to go under oath and all that.

Now, folks, before getting into any more specifics of this particular incident — and there are updates, of course — there are two pieces here that I want to share with you that are I think foundational in terms of helping to understand what we’re up against. What has become of the American left? Who is the American left? Why are they the way they are? I have opined recently that decent people just don’t have any idea how to deal with this. 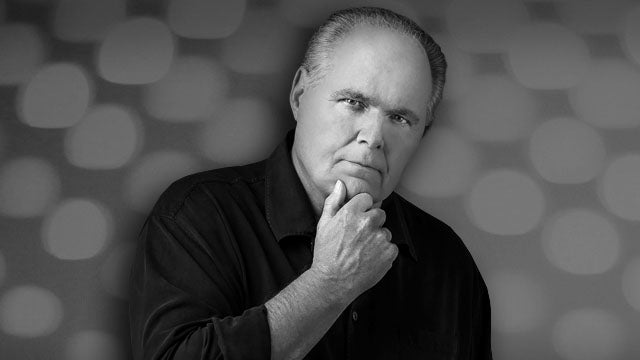 Decent people do not wallow in muck. Decent people do not sit around and try to anticipate what’s gonna come next from the indecent among us. They live their lives. They try to do the best they can. Everybody faces obstacles in life. They do their best at overcoming them. Some do well; some don’t. But decent people are not obsessed with what’s coming next week from the indecent side, and the indecent side is devoted to nothing but shock and awe as a means of forcing their indecency and perversion and all on society and having it accepted as normal.

I have been back and forth in my mind trying to come up with ways to explain what I think the left is, who they are. And the closest I’ve come to it is my detailed and inarguable explanations and definitions of victimhood, victimology, and how we got there and what it means for society at large.