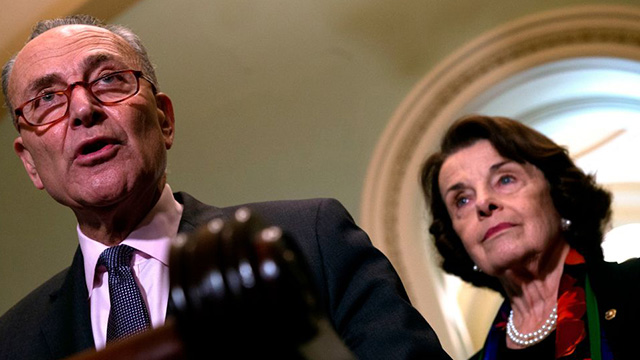 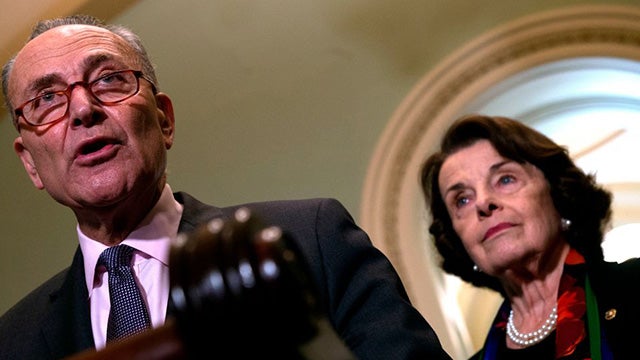 This is now the seventh FBI investigation into Brett Kavanaugh and the left is out there saying, “But they didn’t talk to Dr. Ford and they didn’t talk to Kavanaugh!” That’s right. That’s not part of the deal. They testified under oath! What more can the FBI learn? Do you think the FBI really thinks that these people are gonna change their stories from what they testified to under oath? Besides that, Dr. Ford’s testimony changed anyway in terms of the timeline.

But the reason the FBI didn’t talk to Ford or Kavanaugh is ’cause they’ve talked to Kavanaugh for how many times over how many years? But they testified under oath. And so the thinking is there’s no reason to talk to them. You go out and talk to people they claim can corroborate what they’re saying. The FBI couldn’t find any. So I’m watching CNN today. I’ve got CNN and Fox on here, and it was probably 10 minutes ago, 10 minutes before the program started, and I began to get the impression that the Democrats think they’ve lost.

“This is a very thorough report and investigation.” So it looks like Flake and Collins are in line. Vote has been called. Cloture vote was filed last night by the turtle who was on fire again today just moments ago on the floor of the Senate. For him, he was on fire. We have the audio sound bites of this coming up. I’m stale waiting for James Comey. Has anybody heard from James Comey praising the FBI on their investigation here?

You know another way we know this is over? Trump-Russia collusion news is back. Yeah. Yesterday… (chuckling) Yesterday there was some other story that surfaced. Oh, Trump’s tax returns! Trump’s tax returns. That told me that the Drive-Bys thought they were near the end of their abilities on Kavanaugh.

RUSH: I’ve got Feinstein and Schumer at the microphones. The funny thing to me is Schumer… (laughing) Schumer didn’t hang around for questions. He wanted to make three points. Feinstein’s out there talking, and Chuck Schumer’s chomping at the bit standing right next to her. He just wants to sweep her off the stage, get to the microphones, say what he wants to say, and get out of there. You know what point he tried to make?

‘Cause McConnell, the Turtle, during his floor speech today really chastised the Democrats for knees needless details. And Schumer said (haltingly), “We didn’t delay, Madam President. We didn’t delay. Any delay that has happened here has been because either the chairman of the committee or the leader of the Republicans has wanted a delay. But we’re not responsible, because we don’t run the committee and we don’t run the Senate and so we can’t have been responsible for any delay.”

Of course, they are responsible for the delay. Ultimately, Schumer’s right. I mean, the Republicans could have told them to go pound sand each and every time that they demanded another week. But everything’s falling into place. Everything as predicted. We predicted that the Democrats wouldn’t be satisfied with what they asked for. They asked for an additional week of FBI investigation; they got it. Immediately after getting it, they said a week wouldn’t be long enough. Then we predicted that whatever the FBI comes back and says, the Democrats are gonna say it’s tainted because they didn’t do a thorough enough investigation.

RUSH: An NPR reporter just tweeted that Senate Judiciary Committee Democrats are “all filing out of Schumer’s office. All stone faced.” The meaning is they’re coming out and they’re depressed. There are no expressions on their faces. They’re not happy. They’re “stone faced.” They’re shell-shocked. They’re something or other. Now, why would that be? Why? Well, did the Democrats on that committee actually believe Christine Blasey Ford? Did they really believe what she was saying? See, I don’t know how anybody could.

Honestly, folks, without… I’m not even being partisan when I say this. She can’t remember where, when, why. The people she says were there weren’t there, and yet these Democrats all believe her? Further, did the Democrats in that committee really think that an FBI investigation of another five or six days was going to somehow produce corroborating evidence that would wipe out the Kavanaugh nomination? They really thought that? Because my thinking all along has been they’ve known that this is nothing other than delay.

This is all this has been. It’s all they’ve got. If they really thought that this FBI investigation was going to find something that six previous investigations and countless other interviews and written questions hadn’t produced, well, that is shocking. Honest to God. I know I’m sometimes naive, but I thought this has been a scam from the get-go and that they’re all in on the scam and that the scam was delay. Hence, the late release of Dr. Ford’s letter detailing all of this.

So they walk out of Schumer’s office, and they’re all “stone faced.” Maybe they thought that they had Flake, and maybe they thought they were gonna get Collins. But Collins and Flake have come out and what they have said so far… Remember, the vote’s not gonna be ’til Saturday now. So anything can change. Do not think the Democrats have scraped the bottom of the barrel or the gutter in efforts to thwart this. They’ve still got ’til Saturday. But they walk out of there “stone faced.” Maybe they actually thought they were gonna stop this with an additional FBI investigation.

RUSH: As we knew would happen, the FBI report has begun to leak now, And we find out that the FBI really focused on the last five days on just the latest allegations that had come forward, which makes sense. Everything prior to that had already been vetted, and it turns out that they did interview Mark Judge for three hours. Some in the media were saying that the FBI wasn’t even gonna try to talk to Mark Judge. He is the guy that the Democrats on the committee thought they could turn.

They thought they could get to Mark Judge and get him to admit that he and Kavanaugh did indeed do whatever they supposedly did to Blasey Ford. They interviewed him for three hours. He did not corroborate anything she said. They talked to Ramirez, but she’s upset they didn’t talk to her enough. They talked to people over the last few days regarding I think something like five or six of the most recent allegations. They found nothing corroborating.

Their report goes up to the Senate, and a lot of Republicans look at it and think, “Man, this is really thorough, because of the people that were talked to, the people that were interviewed.” And there wasn’t anything corroborating! There wasn’t a thing. I still haven’t heard from James Comey praising this particular FBI investigation. We’re still waiting for that. We have the news that the Senate Judiciary Committee Democrats walked out of Senator Schumer’s office “stone faced.”

Maybe he had polling data for ’em! Maybe he showed ’em the NPR poll. Maybe he showed ’em some Democrat internal polling. This isn’t working out the way the Democrats had planned! You know, they live and die by their own polling! They believe it. It’s a Bible to them. Even to the extent that they know how it’s rigged and used. They believe it, because they believe polling is always done in their favor. And to see this generic ballot advantage vanish in a Marist poll with NPR? To go from plus 12 to plus 2, which is statistical margin of error?

They have been, in their minds… And this is crucial to understand it. In their minds, they have been running the House. It’s all but formal. All we need is to have the election. Pelosi is telling herself she’s speaker again. She’s out there telling everybody she’s gonna be speaker. Every other Democrat thinks they’re gonna run the House. It’s just a matter of time passing. Just like, just a matter of time, just gotta get to the election, the election day itself, and Hillary Clinton’s gonna be president.

They’re in the same mind-set again. And then they’re brought into Schumer’s office, and they see something that conflicts with this wonderful story they’ve been telling themselves, and they walk out stone faced. It’s also possible the stone face is an act. It’s also stone faced is an act designed to create a certain false reaction amongst observers watching. But I don’t know. In this case, I think they’ve been so convinced that they were gonna get rid of Kavanaugh when they got that one week additional FBI investigation.

I think that alone they thought was gonna make sure that Collins and Flake did not vote for Kavanaugh, maybe Murkowski. And if that could happen, then they wouldn’t need any of their red state Democrats to vote for Kavanaugh, be at risk, but it looks like there’s this pretty big backlash out there against Democrats. And now guess what? There’s this massive protest going on at the U.S. District Court, the court of appeals where Kavanaugh currently serves as a judge, a massive anti-Kavanaugh protest. And guess who one of the leaders of it is?

Does the name Linda Sarsour ring a bell? Linda Sarsour is a PLO activist in the United States. She is a far left activist. She dabbles in women’s rights as well and she’s one of the leaders. I think Norman Lear is there and some other celebrities. But it’s not gonna be doing them any good to have a PLO activist appearing to lead this protest against Kavanaugh.