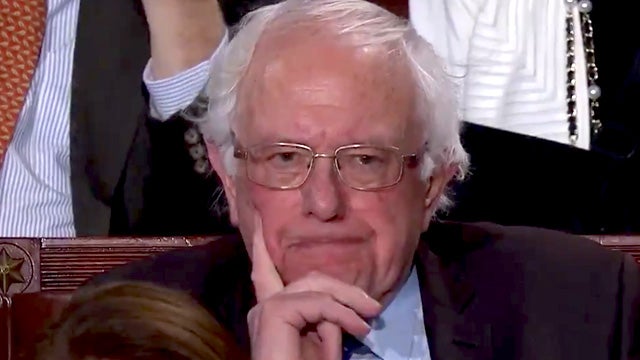 RUSH: On another matter, the Democrats are trying to shut down their campaign. We had this yesterday. They’re trying to just basically make Bernie Sanders concede because of the coronavirus, it’s over. Well, we can’t do any more debates. We can’t bring the public in. We can’t even have NBA games. We’ll have to cancel the Masters. We’ll have to cancel all kinds of stuff ’cause of the coronavirus.

So Clyburn and Carville and the rest of them are trying to pick up this refrain that it’s time to shut down the Democrat campaign. It’s over. Crazy Bernie can’t win. He can’t get enough delegates. Because of the coronavirus we need to shut down the democratic process. How about that?

RUSH: Anyway, back to the Democrats. Joe Biden desperate, the Democrats desperate to end this campaign ’cause there’s a debate Sunday night. There is a debate Sunday night between Crazy Bernie and Biden. And the Democrats are already saying, “Well, we’re not gonna let people in. We can’t.” But CNN’s supposed to televise it. You think CNN wants to give up the debate? So I don’t know if they’re gonna be able to cancel this Sunday night debate. Bernie’s gonna show up, and if Bernie shows up, CNN’s cameras will be there.

I have audio of the president this afternoon in the Oval Office.