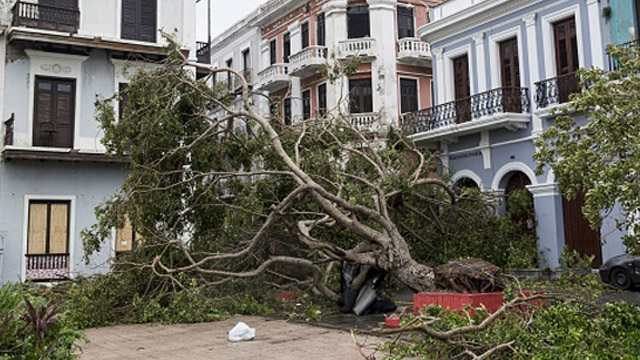 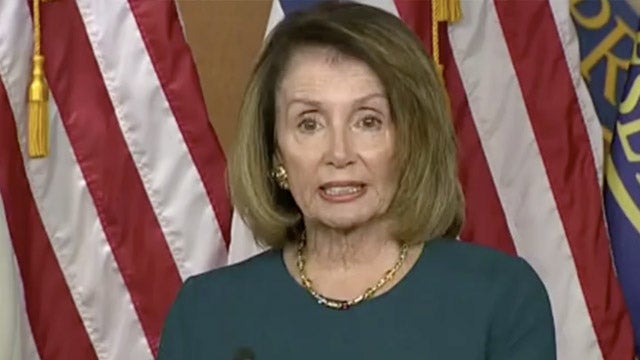 In fact, Governor Cuomo, Andrew Cuomo, son of Mario “The Pious” went to Puerto Rico this past summer for the fourth or fifth time. He’s down there cultivating votes. He’s running for governor. He never once talked about 3,000 deaths! Never once blamed Trump for it. Never once even talked about the fact that 3,000 people died in Hurricane Maria. This is a recent invention. Well, the number’s been out there for about a year. 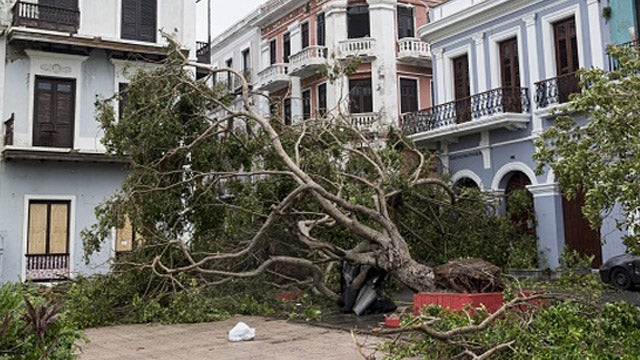 You know, it started out being 4,600. A competing group had it 4,600. George Washington University comes along, “No, no, no, our computer model, 2,975 plus the 16 that died before Trump got there.” That’s another thing. The 2,975 died after Trump left, don’t you know. Yeah. Proving that America didn’t care about hurricane relief in Puerto Rico. So here’s Pelosi, among others, talking about it.

PELOSI: People in Puerto Rico and the U.S. Virgin Islands are still struggling to heal and recover. The suffering endured by our fellow Americans in the past year has been a challenge to the conscience of our nation. Yet President Trump tweeted yesterday that the death toll of 3,000 Americans was made up to discredit his presidency. Think about that. Pray over that. Think of the people who are affected by that.

RUSH: How is anybody affected by it? You can’t prove the number. It is manufactured and made up by people at George Washington University, a bunch of Democrats. Trump is exactly right on this. And this has been established. Breitbart: “Fact Check: Trump is Right About Puerto Rico, Critics Manipulating Hurricane Maria Death Estimates. The Washington Post noted some statistical models back in June. The New York Times calculated 1,052 deaths through October. The Center for Investigative Reporting calculated 985 through October. University of Puerto Rico-Mayagüez professors calculated 822, with a 95 percent confidence range that the total was somewhere between –” See, nobody knows!

Every institution is estimating and guessing! “Pennsylvania State University professors calculated excess deaths of about 500 in September, or a total of 1,085 if the same pattern held in October. A Latino USA analysis, using updated data from Puerto Rico’s Department of Health, calculated 1,194 excess deaths.”

“Rush, that doesn’t make any sense.” I know! “The Puerto Rican governor, under heavy political pressure due to the slow pace of the island’s recovery, officially revised the death toll to match the George Washington University estimate.”

The AP yesterday accused the president of stating, without evidence, that the Puerto Rico hurricane death count is a plot by Democrats to make him look bad. But the evidence is ample that the Democrats and much of the media did exactly what Trump’s accusing them of. Their goal, and the goal of Democrats who are hyping probable outliers as established facts, is to take down the Republican Party in November.

It would not be hard to stand up for Trump. He’s alone on this but nobody wants to because Puerto Rican voters in Florida and Puerto Rican voters in other states — So we had this caller earlier we gotta stay on offense, but there doesn’t — even Ron DeSantis, Ron DeSantis loves Trump. He’s running for mayor here in Florida, Republican. You know who he is, right, Mr. Snerdley? Yeah. Well, even he, Rick Scott and he disagree with President Trump. Because they’ve got a lot of Puerto Rican voters here that they can’t afford to be on the wrong side of. Anyway here Nydia Velazquez. She’s a representative Democrat, New York. There’s a little press conference to talk about all this. Here’s her bite.

VELAZQUEZ: President Trump’s tweets do not inspire confidence. Just imagine, just by the mentioning that there is a storm forming in the Atlantic Ocean, people in Puerto Rico rushed to every store. All those shelves were empty. This has taken an emotional toll on the people of Puerto Rico. The suicide rate continues to climb. And this is the response that we get from our president?

RUSH: Well, now we have a new one, the suicide rate’s going up, and that’s Trump’s fault. Because the store shelves were empty when a hurricane was approaching. And finally, what would a sound bite roster play be without Sheila Jackson Lee.

LEE: Our friends and neighbors in the southeast region are not only being plummeted, but they are — and pummeled, they are being rescued. They are desperate. They’re calling out —

LEE: — for relief. And if there ever is a time for the federal government to stand for —

RUSH: All right, I’m out of time. Stop it. That’s enough. I just wanted to hear it. We’re being plummeted, people of the southeastern region and in Virginia and North and South Carolina are being plummeted here, folks, by the hurricane. Very bad out here.