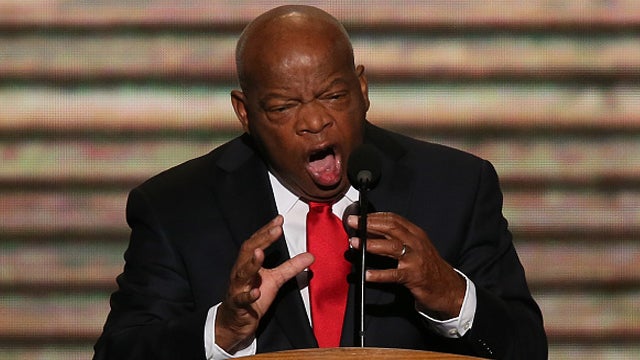 RUSH: Let’s go back to the phones, St. Simons Island, Georgia. This is Julie. Welcome to the EIB Network. Hello.

CALLER: Hi, Rush. I’m calling in regards to the voting fraud in Georgia. I’ll get right to the point. On election night, there was a water main break in Fulton County, a heavily Democratic district. They announced they were gonna stop the counting at 10:30. After Republican poll watchers were removed, they then resumed counting and magically all these thousands of votes are showing up for Biden.

RUSH: I remember this.

CALLER: I don’t buy it. I don’t buy it. I called the Forsyth County chairman for the GOP. He confirmed, yes, they did start counting, and there were no GOP poll watchers. So this kind of thing needs to be exposed and investigated because —

RUSH: Why were there no GOP poll workers?

CALLER: Exactly. If they have nothing to hide, why?

RUSH: Well, they’d been sent home because of the water main break maybe?

CALLER: Yeah. Maybe they didn’t want ’em to get wet. I don’t know.

RUSH: And the Democrats knew that the water main break was a temporary thing and didn’t go home.

CALLER: Right. You know, it’s things like this, a deep red state like Georgia, I don’t buy it. Nobody buys it.

RUSH: You know what else makes me suspicious about Georgia?

RUSH: (chuckles) Something that they announced today.

RUSH: They announced that it was John Lewis’ district that put Biden over the top in the Atlanta metro.

CALLER: What a coincidence.

So now John Lewis’ district is who buries Trump in Georgia? I said, “It’s just too convenient. It’s just too pat. It’s just…” It’s no different than CNN demanding that Fox project Biden the winner. That’s exactly what they want to happen. None of this makes any real sense. It’s just too coincidental and too pat.

We never hear from the John Lewis district at all in elections, ever. Now, all of a sudden, it’s the John Lewis district — after he has passed away — that nails Trump’s presidential fortunes in Georgia? Oh, isn’t that just the piece de resistance? Anyway, Julie, I’m glad you called. I appreciate it, and I really appreciate your getting to the point. You got in, got it, and got out.