CALLER: Hi, Rush. Do you think Joe Biden will have a difficult time finding a talented, credible woman willing to sign up as a running mate for his train wreck of a campaign?

RUSH: Well, now, my instinctive answer is “no.” If I had to think about it for a long time, I might answer “yes.” But my instinctive answer is that whether it’s male or female, whoever Biden’s VP is has a very good likelihood of being president two days after he’s inaugurated — and it may be one of the fastest ways to become president without ever really having to do anything or run for office that I’ve ever seen.

Now, it’s all predicated on the fact that Biden has to win.

CALLER: I mean, if I was a talented, promising woman politician with a bright future and I’m deciding whether to sign up this year with Joe Biden to run against Trump — who’s a formidable opponent — and waiting four years for a likely more favorable situation? (chuckles) Yeah, I’m gonna wait four years.

This virus has done what Mueller and Schiff failed to do. They think Trump doesn’t have prayer. That’s what they’re telling themselves right now, and they’ll show polling data to prove it. They’ve got polling data to show you that Trump is losing. He’s losing — finally — support from his own voters.

They believed all this time the only thing that kept Trump voters locked into Trump was the economy, and now Trump has lost that. And there is no way this economy is gonna come back to what it was before the election. So I think, in their minds and even in their flawed internal polling, they think Trump’s already defeated.

RUSH: They think it just… That’s why Biden’s candidacy worries them. So you look at —

RUSH: What were you gonna say? I didn’t mean to cut you off here.

CALLER: I was gonna say (sigh), there’s definitely a certain amount of delusion involved with anyone who… You know, they’re weighing the benefit of the fast track to the presidency, versus it going down in flames and forever being associated with a completely embarrassing presidential run.

CALLER: No. I don’t know.RUSH: Yeah. Mondull found a woman that everybody thought was solid and great and brilliant and smart. Remember her name?

RUSH: Geraldine Ferraro. The ticket went down in flames. Give me names. Who are some of these talented women that you think are out there that might tell Plugs to take a hike if he offers the slot to ’em? 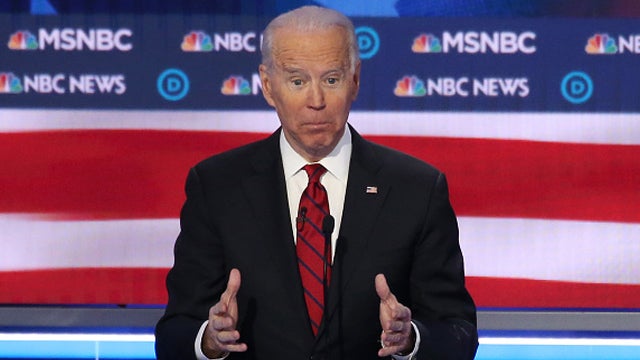 CALLER: Well, I’m thinking primarily just the women who were candidates who dropped out, you know, Kamala Harris and Warren and Klobuchar. That’s kind of primarily, I guess, who I’m thinking of.

RUSH: Okay. Those are the talented women that you… Do you think they’re independently talented, or you just think they have name recognition? They ran for president and didn’t quite make it, so they’re known and that’s why that they are qualified?

CALLER: — and have future aspirations.

RUSH: Yeah. They got a bright future and they wouldn’t want to ruin it by attaching themselves to Plugs’ magic carpet. Yeah.

RUSH: (laughing) It’s okay to laugh out there.

RUSH: It’s okay. (laughing) Yeah, I have… The reason I’ve been vamping is I haven’t even thought about this. Can I tell you where I am on this? Of course I can; it’s my show. I can’t… I have to struggle at this, folks. My instinct is, I can’t imagine anybody voting for this guy.

I can’t imagine Joe Biden being elected president. I can’t imagine him getting 30% of the vote! Now, I know he will because there are people who are gonna vote Democrat for that reason alone, and the nominee could be a hyena and they would vote for him. I understand this. But I have never…

This is the least qualified, the least viable candidate the Democrats have put up maybe in my lifetime outside of Mondale — and they knew Mondale was gonna lose. That’s why they put him up there. He was the old war horse. They decided to reward him by letting him run for office, and they didn’t lose anybody that was their future by going down to humiliating defeat. 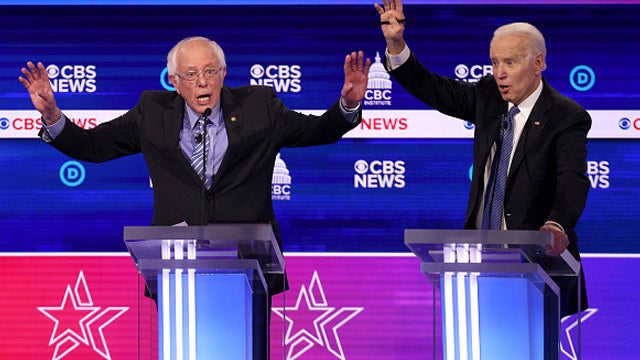 And you could say that they’re doing the same thing with Plugs. What they’re really doing with Plugs is trying to make sure Crazy Bernie didn’t get it. I think that a lot of Democrats know that they’re going to lose. And then there are a lot of ’em who think they’ve already won it.

That they have accomplished the mission of dirtying up and taking the magic away from Trump forever by virtue of the economic shutdown brought on by the coronavirus. But the idea that (chuckles) Joe Biden is the best the Democrats have to offer?

And he did. He did win the Democrat primaries up to now. It’s the most amazing thing. Talk about Trump urging people to inject Lysol in their lungs, versus Joe Biden who doesn’t know where he is or who he’s talking to half the time?