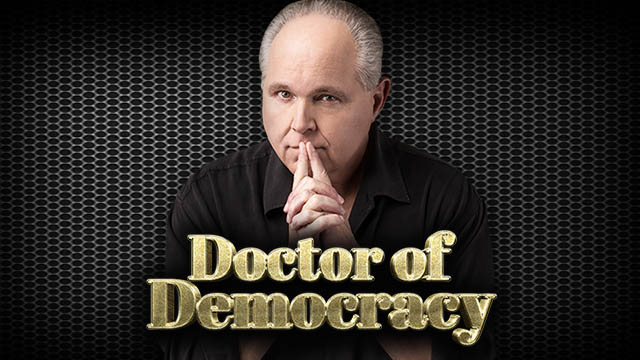 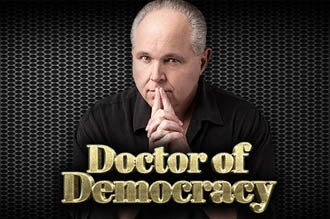 RUSH: Let me just go through this Stack, just the headlines.

“Las Vegas Professor Shot Himself in Arm to Protest Trump.” You know what? We don’t need prison reform. We need massive mental health reform. We need to put back all of those state mental health facilities that have been shut down and open them for any leftist that wants to admit himself. They’re going crazy! This guy shot himself in the bathroom to protest Trump! This guy’s a professor. He’s teaching kids!

“A longtime College of Southern Nevada sociology professor is facing felony gun charges in connection with an on-campus shooting on the second day of classes.” The guy’s name is Mark J. Bird, “Was charged last month with discharging a gun within a prohibited structure, carrying a concealed weapon without a permit … He was found bleeding from a self-inflicted gunshot wound to his arm about 8:15 a.m. on Aug. 28 outside a bathroom in the Charleston campus K building.

“Inside the bathroom, campus police found a $100 bill taped to a mirror along with a note that said, ‘For the janitor,'” to clean up the blood. He “was hired Aug. 26, 1993, and was an emeritus faculty member at the time of the shooting…” The professor “said he had shot himself in protest of President Donald Trump, police noted in their report. The report did not elaborate.” Well, what kind of elaboration is necessary? The guy’s a Looney Tune. “Democratic Socialist Threatens to Shoot Up MAGA Event at Trump Hotel, Report Says —

“A supporter of the Democratic Socialists of America (DSA) has reportedly threatened to shoot up a ‘Make America Great Again’ event at the Trump International Hotel in Washington, D.C. Law enforcement officials with the Metropolitan Police Department have opened up an investigation in response to the threat, which was posted to Twitter on Tuesday, The Daily Mail reports. ‘I am coming with a gun and I expect to get numerous bloodstained MAGA hats as trophies,’ the Twitter account wrote to right-wing pundit Cassandra Fairbanks.”

Openly coming to shoot up an event! “‘Threats of Rape and Strangling’ Force D.C. McAllister” a commentator and columnist for PJ Media “Into Hiding After Anti-Abortion Tweet.” She “sent out a powerful tweet denouncing the abortion movement. … ays later she would be in hiding, scared for her life. When she went public about receiving death and rape threats, pro-abortion Twitter users championed the threats against her.”

Here’s the tweet — and, by the way, you have heard me say much of this over the course of many years on this program. But I don’t tweet. Here is the McAllister tweet. “At the root of hysteria is women’s unhinged desire for irresponsible sex. Sex is their god. Abortion is their sacrament. It’s abhorrent as women have flung themselves from the heights of being the world’s civilizing force to the muck and mire of dehumanizing depravity.” She’s absolutely right about that. We have called abortion the sacrament to the left’s religion for decades on this program.

We’ve made the point that one of the reasons for demands for abortion is to have no-consequence sex. None of this is news. You used to be able to say this and there’d be reaction. But now you say it and these people come for you and send you into hiding. They threaten to kill you. They threaten to find your kids. They threaten to rape you — and those that do are then applauded and supported. Don’t tell me, “Rush, it’s just Twitter. You can’t make a big deal.” If it were a one-off, wouldn’t be any big deal. 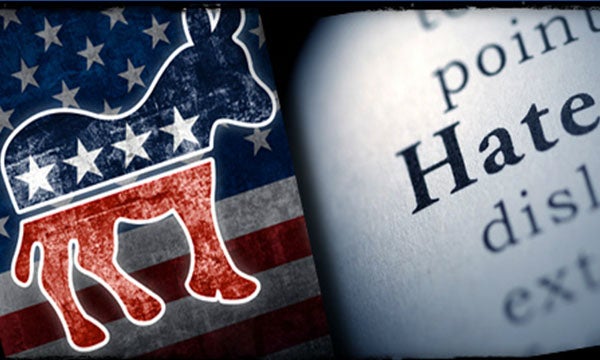 This is becoming common, and it’s becoming widespread — and all of this is coming from people who are genuinely unhinged. And they’re certainly not educated, and they’re not intelligent. And what’s in the crosshairs with this is the First Amendment. These people on the left are making a beeline for freedom of speech and come one thing or another, they’re going to find a way to deny it to you and anybody that they can — and they’re not above using violence and threats to do so. 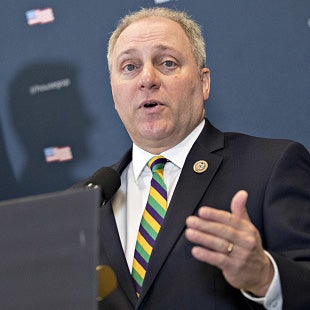 “Wyoming GOP Office Set on Fire Less Than Two Days After Opening — Police Say It Was Intentional.” Steve Scalise, who was shot at a baseball practice — a member of Congress. A deranged leftist from Illinois angry that Trump had been elected, came and shot up the baseball practice. Scalise was seriously injured, took a long time to recover. He is out saying the political left needs to do a better job of policing its members who are inciting violence.

It’s a nice sentiment, but asking people like Chuck Schumer or Nancy Pelosi or any of these other people to rein in that? You think you can rein in Maxine Waters? Asking them to rein in their…? They’re scared of ’em! These Democrats are scared to death of ’em. It’s worse that then. They don’t want to rein ’em in! Pelosi doesn’t want to rein these people in, Congressman Scalise. They’re happy to live with the results and the outcome of this. They may give lip service. They don’t even… I don’t think they do that.

I don’t think they even give lip service to disapproving of this. “Man with Switchblade Ranting About Trump Attempts to Stab Republican Candidate Running Against Representative Swalwell.” This is in Castro Valley, California. Eric Swalwell is the Democrat. He’s on TV a lot. The Republican opponent was attacked by a guy with a switchblade. The switchblade malfunctioned or else the Republican candidate would have been stabbed.

These incidents are not becoming rare or one-off. They are becoming common. You don’t see any outrage at all for any of it, expressed anywhere in the mainstream media. Instead, you get stories that the Republicans are responsible for it. They’re to blame for it! They’re too radical. Their policies are anti-woman, anti this, anti that. Trump is wanting the hurricane to come and destroy North Carolina. You got these literally brain-dead leftists to soak this stuff up and believe it.