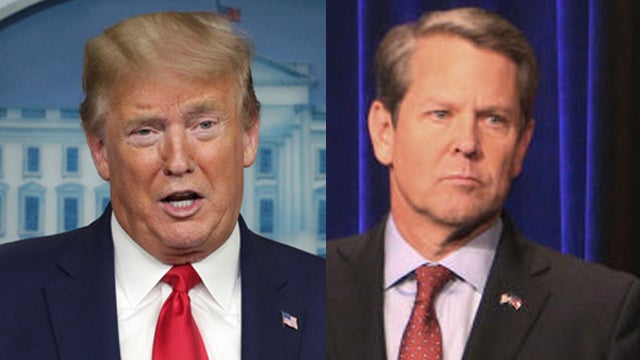 RUSH: Here is Jonathan in New Haven, Connecticut. Welcome, sir. Great to have you here with us.

CALLER: So, I saw you pretty disappointed yesterday when the president criticized Governor Kemp. You’ve always said that the media, despite their best efforts, cannot separate voters from Trump.

CALLER: Do you think we might be headed toward that territory where some of his support does start to get frustrated?

RUSH: Well, in a circumstance like this virus, this pandemic and so many people losing their jobs, I notice that the president is now almost daily in these briefings assuring everybody, “We’re coming back. We’re gonna come back better than ever! We’re gonna come back faster than anybody believes.” He’s trying to maintain his optimism and talking that way, and I sincerely believe that he thinks that he can make it happen.

I believe he believes in himself that much. As to… Look, there’s always the risk that any politician runs in angering their base, and whether or not his comments on Governor Kemp did that or got close to it? I don’t believe so because he made it clear after lodging his criticism, to then say, “The governor’s free to do what he wants.

And I have some questions about this, by the way. There are 26 million people out of work here. So, I don’t think he ran the risk. I don’t think he distanced himself. I don’t think he caused the wedge. But, yeah, you’re right. He’s the only one who can. The media has proven in four years they can’t do it. You’re absolutely right. That’s a good question.