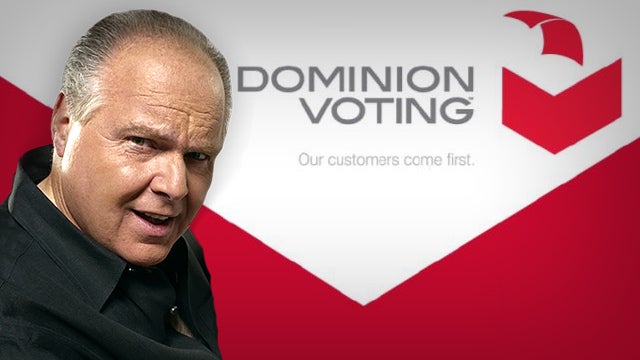 RUSH: Last night officials with Dominion voter systems — now, this is the company out of Venezuela along with their software partner smart screen, smart scom, whatever it is, these are the people that claim that their system is fair and aboveboard and there’s nothing to these charges about their system being used to rig elections or any of that. They were all set to explain it all. They were gonna testify before the Pennsylvania House state government committee today.

And then the House Republicans in Pennsylvania are gonna hold a press conference this morning to address Dominion’s failure to appear because that’s exactly what happened. They didn’t show up. Why not? They lawyered up and didn’t show up. Since Election Day, over 100 out of 243 Dominion employees on LinkedIn have deleted their profiles. This is not a good sign for a company. Over 40% of Dominion’s employees with profiles on LinkedIn on Election Day have eliminated their profiles.

You begin to wonder, the more you learn, begin to wonder about all the elections that we’ve had. I don’t know. It makes perfect since if you’re rapidly losing faith. They’ve been perfecting this for I don’t know how many years. Dominion Voting Systems is gonna reassure the public. Sidney Powell is all full of it. Rudy Giuliani, Jenna Ellis, they’re all full of. You can’t believe what they’re saying.

Dominion Voting Systems was gonna reassure us that the election was fair and legal. And how were they gonna do that? Well, they backed out of a Pennsylvania state House hearing and they’ve lawyered up. Do you realize there are a lot of bloggers out there, there’s a lot of snarky Never Trumper bloggers out there, conservative, snarky, who believe this Dominion stuff is a bunch of garbage, a bunch of caca. It’s a bunch of hoo hoo. They were thinking that going down the Dominion hole was a dry hole.

“Come on, Rudy, come on, Sidney, you got better than this.” Except now Dominion’s fleeing the jurisdiction. Their employees are packing up and leaving for parts unknown. They’re backing out of a promise to appear before a Pennsylvania state House hearing. Instead they’re lawyering up. They back out of answering questions that they’re gonna have to answer.

Again, Dominion Voting Systems Thursday night, last night, backed out of attending a fact-finding hearing that was set for this morning with the Pennsylvania House state government committee. At a press conference Friday morning, the state government committee chair, Seth Grove, said that the 1.3 million Pennsylvanians who used Dominion’s voting machines have been hung out to dry and slapped in their faces.

Pennsylvania lawmakers had scheduled the hearing with the voting machine manufacturer to help identify and correct any irregularities in the election process. Dominion was gonna show up and explain to everybody why there was nothing to see here, that this business of the machines being used to find fake votes only for Biden, get rid of Trump, but nothing to see here, didn’t happen. They were gonna assure everybody, they were gonna show everybody, except they fled the jurisdiction. 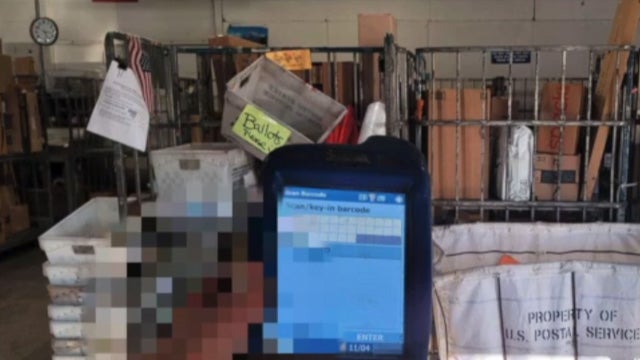 They were gonna help identify, correct any irregularities in the election process. They had initially agreed to attend the hearing before it abruptly canceled. This according to Seth Grove, who then blasted the company for retreating into the darkness rather than appearing at the hearing with honesty and integrity.

So you think this is gonna allay anybody’s suspicions, or is it just gonna further arouse them? Dinesh D’Souza early this morning tweeted out that the votes show statistical patterns that are unexplainable except by fraud. These Democrat cities have a history of fraud. The machines were created to produce fraud. They were created in Venezuela by people who conduct fraudulent elections. There are innumerable affidavits alleging fraud, meaning the Sidney Powell legal team has interviewed essentially whistleblowers.

Those interviews have resulted in affidavits alleging fraud — that’s evidence — whistleblowers testified to the fraud. “If that’s not evidence, what is it?” people are beginning to ask.

RUSH: A little icing on the cake here. This is Dana Perino late yesterday afternoon on Fox News Channel Daily Briefing with Dana Perino. The show’s got her name in it. That’s why it’s called the eponymous Dana Perino show. And this is what she said about the Trump legal team’s press conference.

PERINO: Dominion, the software company, you know, there was an accusation in that press conference that there was ties to Venezuela and more, you know, other things here. They just put out a statement completely denying all of it and I wouldn’t be surprised if they decided to take some sort of action against this because they have these allegations out there, smearing an American company.

RUSH: So it sounds like she’s urging Dominion maybe they may want to sue the Trump legal team. Except what happened today, Dana Perino didn’t know this was gonna happen, Dominion splits the scene. They’re supposed to testify before a Pennsylvania House committee, and they left. They didn’t show up. They closed down offices. They fled the jurisdiction. Nobody knows where they went. Plot thickens.