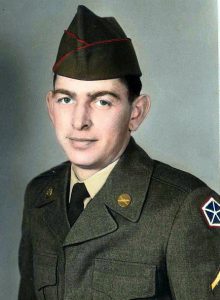 He was born May 7, 1934, at Rover, Missouri, to Henry Marshall and Jana Baser Huddleston. Donald graduated from West Plains High School with the Class of 1952. On March 30, 1956, he was married at Rover, Missouri, to Peggy Miller. Mr. Huddleston was a veteran, having served with the United States Army. He retired from the International Shoe Factory after working for thirty-five years. He enjoyed fishing, hunting, auctions, bluegrass music and Cardinals baseball. Mr. Huddleston was a Christian.

He is survived by his wife, Peggy Huddleston; one sister-in-law, Nina Huddleston; and several nieces and nephews.

His parents, and all of his siblings, Owen and Juanita Huddleston, Charles and Ruby Huddleston, Dillon Huddleston, Nell and Ray Earls, Vesta and Marlin VonAllmen and infant sister, Byma Huddleston, preceded him in death.