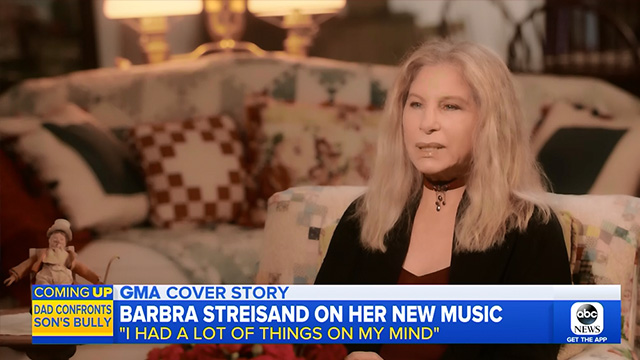 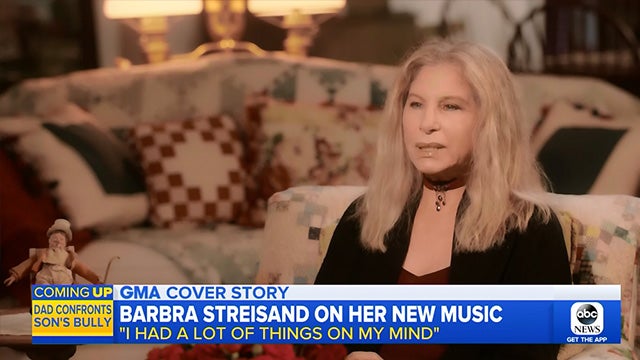 RUSH: Speaking of Hollywood, we move forward to Barbra Streisand. You’ve gotta hear this. And she is sound bite Nos. 8 and 9. Do I want to play seven in front of it? Barbra Streisand. This is ABC News. Chris Connelly interviewing her today, and he said, “What was the moment, this moment, the moment when your activism and your art came together?”

STREISAND: Well, it’s when I found myself so sad and heartbroken after the 2016 election. I couldn’t sleep nights. I found myself eating lot as I tweeted about every time this president said something that wasn’t true, I just had to eat pancakes, you know, and coffee ice cream and tweet and write.

RUSH: Can you imagine what she’s gonna do if she wakes up on Wednesday and the Democrats don’t win the House? Somebody needs to guard the refrigerator out there. (interruption) Well, yeah, she said it yesterday she was gonna move to Canada. They never do. How many of these people have promised to move away after their candidates lose? They never do. Then Connelly says, “Strong words and images in your new song called ‘Don’t Lie To Me.’”

STREISAND: I had a lot of things on my mind watching the children being pulled out of their mothers’ arms. It was a release to just put it down on paper, you know, then sing about it. I thought to myself, how does someone who lies that much sleep at night? I mean where’s the guilt, you know? Well, he’s not Jewish. But you must have a guilty conscience somewhere. But he doesn’t.

RUSH: So we’re back to this, and it’s this kind of thing… I honestly conclude… And I don’t mean this to be insulting. I’m trying to accurately describe what I think. I think this kind of comment indicates Barbra Streisand’s ignorance and lack of curiosity to actually find the truth. We were not… This country was not “separating mommies and children,” not the way she’s been told and the way she believes it. This is a classic leftist misinformation campaign.

There was no family gets to the border and Trump administration people are there and snatch the kids and take ’em away, never to be seen again by their parents! It never happened. It’s not what happens. What happens has been going on for decades because of federal law. And let me try again. When people show up at the border illegally, most of them try to claim asylum, which is baseless.

Because if you’re gonna claim asylum, you have to claim it in the first country you reach after leaving your own, which in these people’s cases would be Honduras or Mexico. Perhaps Nicaragua. If they don’t declare asylum in Mexico and wait to get to the United States, then the jig is up. But they’re not legally entitled to. But that doesn’t matter.

We still accept it, because we’re a compassionate people. Well, when declare asylum, they then get detained as federal law decrees. They’re detained. They are put in… It’s not jail, but it’s a detention center. And the children cannot be held more than 20 days. And so the day will come where the children must, by law, be released while the parent claiming asylum is still being held. For the most part…

There’s some exceptions, but for the most part that’s the separation. And, by the way, that law is a federal law tracing back to Democrat administrations was confirmed and codified by the Ninth Circuit court. Donald Trump wrote an executive order attempting to circumvent this law, and it was immediately attacked and stayed. Now, Barbra Streisand’s capable of learning this! She’s entirely capable of learning the truth here.

But she has no desire to, no curiosity. Talk about a guilty conscience.

Where is the guilty conscience in being so wrong all the time?

If I were as wrong as often as these people are, I would have impetus to fix it as I could.