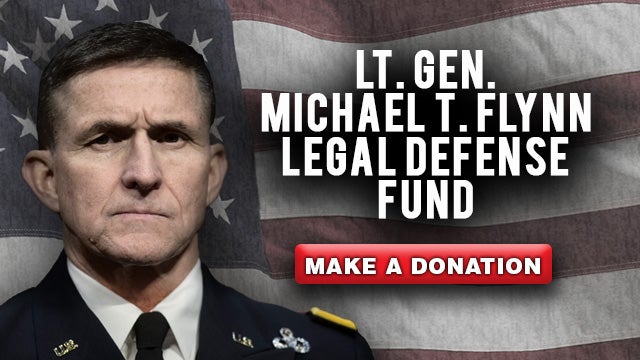 RUSH: I want to talk about Michael Flynn for just a second here. You know the story: Falsely accused, set up, had to be swept out of the way in the incoming new Trump administration for a host of reasons. Now, there are two theories as to why. One theory is that Flynn had to be sent packing because as Trump’s new national security adviser, he would be aware of everything going on in the intelligence community — including that he would learn of the Crossfire Hurricane operation.

The other theory is that it was Obama who despised Flynn for a host of reasons, included among them, Flynn totally disagreed with Obama’s Iran deal. The Obama-Iran nuclear deal literally was… Do not doubt me on this. It was an attempt to transfer to Iran the balance of power in the Middle East from Israel. You and I, we looked at the Iran deal, and it never made any sense.

“What in the world are we, the United States, doing empowering the state sponsor of terrorism in the Middle East to amp up their electrical grid to eventually go nuclear? What is in it for us? This makes no sense! Our ally is Israel.” And we couldn’t understand it. And there was a natural trepidation to start talking about, “Well, you know, Obama, he may not like Israel that much,” blah, blah.

It made no sense.

But Flynn was a steadfast opponent. Remember, nobody thought Trump was gonna win. Trump winning the presidency shook everybody up. So this second theory is that Flynn had to be dispatched because he would have become an advocate for getting rid of the Iran nuclear deal, and he had experience with it. He was the head of the Defense Intelligence Agency during the Obama administration.

He had been fired. And, remember, Obama himself, when he first met Trump the week after the election… You know, the new president goes by, meets the current president in the Oval Office, gets a little tour of the White House and so forth. At that first meeting, Obama told Trump not to hire Flynn. Now, Flynn had been very active in Trump’s campaign.

He was one of the first endorsers of significance. He’s a lifelong patriot, a lifelong devotee of the U.S. military, and there was no way that he was going to sit around and watch the United States of America end up empowering a balance-of-power transfer to Iran, from anywhere, particularly Israel in the Middle East. So that’s another theory why Flynn had to go.

Now, my point here is that here is one of the greatest patriotic military people in American history who was targeted for destruction by his own government and was destroyed — he was financially wiped out — and he didn’t do anything. He did not do a single thing they charged him with. He only pled guilty to stop the bleeding and to make sure that they would stop going after his son.

So I was told in the past couple days that Flynn literally is millions of dollars in debt and that on his website there’s a PayPal donation button. So I went to his website, and I couldn’t find it. I couldn’t find the donate button. So I said, “Where the hell is this?” He said, “Well, you have to keep scrolling all the way to the bottom.” I said, “Okay.” So I scrolled all the way to the bottom, and there it is.

I thought (sigh), “Here’s a guy who’s been wiped out, did nothing but serve his country, was nothing but patriotic — who was targeted, set up, all of these things — and on his own website, he’s got a GoFundMe page, but he doesn’t even make it prominent.” You have to search for it. If you didn’t know that it was there, you’d never see it.

To me, that is a sign of class. So I clicked on that button and it took me to the link, and I copied the link. I copied the site it sent me to and I sent it up to Koko at RushLimbaugh.com, and so if you have any interest whatsoever in helping General Flynn, we have made it easy for you, because we’ve got that button, that little yellow PayPal link. 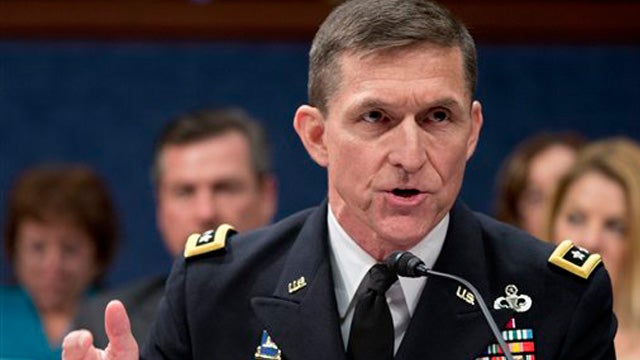 We’ve already taken you to the page. We’ve got the link for it, straight to it at RushLimbaugh.com. In addition, we’ve got the link to his website. So there are two links that Koko’s put up, one to Flynn’s website — and you’ll see. Scroll to the very bottom and you’ll find the “donate” button, and you have to work hard to find it.

“Work” in the sense that you think everything you need to see on a Web page is gonna happen on the home page, the first page you see, and it’s not. You have to keep scrolling to find it. So we’ve made it much easier for those that are interested. I’m not gonna spell out the website address here. You’ll never remember it all. Just go to RushLimbaugh.com at the top, the ticker. You’ll find it and you’ll see the link, and it will take you right to the GoFundMe/PayPal page.

A lot of people do these things, GoFundMe pages and so forth.

If there’s anybody that is deserving of assistance, I think it’s Lieutenant General Michael Flynn. I still cringe at what happened to him. It’s one of these things that when you grow up in the Middle West — a naive, Civics 101 America — it’s not the kind of thing you think is capable of happening in your country. You have to get older and a little bit more cynical to understand that it totally can happen in America, and probably does a lot more than you’d know.

RUSH: You know, folks, the latest computer model projections of 50 million in the audience, they must be right, because I just crashed my own website in I don’t know how long. We also crashed the PayPal website, and we have crashed General Flynn’s website. So just keep trying. It’ll all eventually come back. Some people got through and said, “Look, the link that you provided must have been the one you used earlier, ’cause it’s timed out.”

We’re gonna get it all fixed.

You just gotta be patient.

But it’s been a long time since I crashed my own website. I mean, we’re built for a huge number of people. So our computer model projections, Mr. Snerdley, must be pretty close to accurate. Gotta be. Gotta be. The PayPal site and the Flynn site both crashed. The Flynn site, I’m not surprised we crashed. (interruption) Well, it’s expensive out there to host a lot of bandwidth.

I really thank you all for trying.

Just be patient and we’ll get it back up.