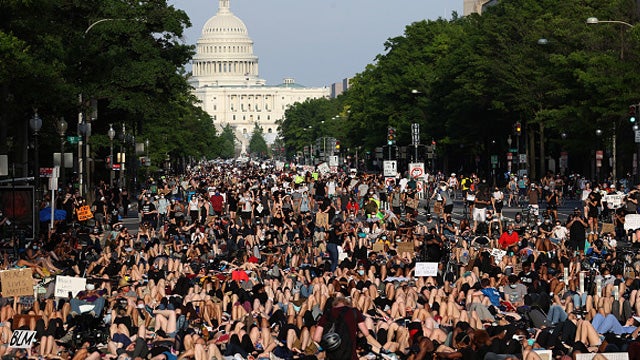 It’s a Trump tweet. But I wouldn’t be surprised if this thing fizzles, all this prepub and hype on this stuff. But we’ll see. Be ready. Don’t let it bother you. It’s planned. It’s organized. It’s bought and paid for. It’s not spontaneous. Let ’em protest the good economic news. Let ’em get mad at that. But supposedly a million people are coming to Washington this weekend.

Here’s Kathy in Dayton, Ohio. Hi, Kathy. Great to have you here.

CALLER: Well, thank you. And thank you, and much love to your wife for supporting and caring for you, our advocate. We greatly appreciate her. And speaking of advocates, I am calling to be an advocate for the senior citizens and the children who are living in these riot zones who are going to bed at night listening to glass breaking, guns going off, the fireworks that are being thrown that they don’t know what they are. While we go to bed in our safe little homes, which is questionable with defunding the police, they go to bed hearing that with senior citizens calling the police asking them to get their prescriptions and the police have to say your pharmacy is not there anymore.

Nobody’s advocating for these people. I am a product of the Detroit riots of 1968, and I carry the scars. I watched my father drive into the fires. He had a gun to his head, a knife to his throat and had friends who were dragged out and beat from their cars. I was scared to death when the police came and told us we cannot protect you. My house that was a home turned into a fortress, and then block-busting happened. Thank you Rainbow Coalition. And we had to sacrifice my house — 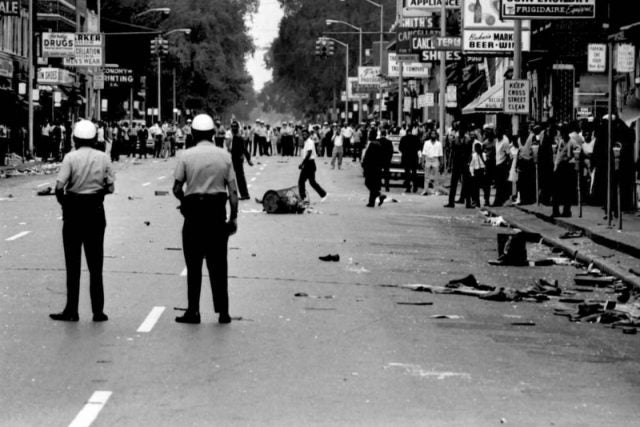 CALLER: One day I’m out in my backyard as a little 8-year-old girl, carefree, in the house my father poured his blood, sweat, and tears into, and the next day my life changed and I was never allowed outside again. And, Rush, I have never felt safe again. And now I have these riots that are popping up, and it’s bringing all of it right to my surface. Yeah, that’s a sign of trauma.

RUSH: You finally get out of Detroit, now you’re in Dayton. And now you have these scary feelings happening all over again.

CALLER: And these kids, Rush, these kids are sitting there every day, by day they hear one-line mantras over and over again.

RUSH: Yeah, I know. It’s gotta be frustrating. But it sounds like you’re steeled and ready for it, so there is that.

RUSH: Yeah. This march on Washington, the big thing they’ve been hyping, apparently it’s gonna be led by Al Sharpton and the George Floyd family. But I was familiar with this protest before any of that happened. They’ve been hyping this thing for at least a week. But Al Sharpton went in there and hijacked — funeral crasher yesterday, and now these guys are gonna take to the streets of Washington. Again, the mayor of Washington has let it be known she wants the National Guard out of town tomorrow.