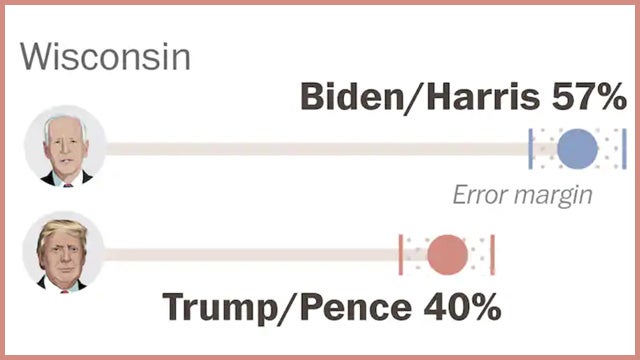 RUSH: I have a little expose here. It’s a classic, classic illustration of the left’s attempts at voter suppression, suppressing your vote, attempting to depress you, to dispirit you, to convince you it’s a lost cause, that there’s nothing you can do.

You could cheat, you could print ballots, you could fill out as many as you want. It won’t matter. You don’t have a prayer. Trump is toast! That’s what they’re trying to get you to believe. So we have the illustration of this. Good Morning America today, portion of a report here from Mary Bruce, the senior congressional correspondent, about a new poll from the state of Wisconsin. 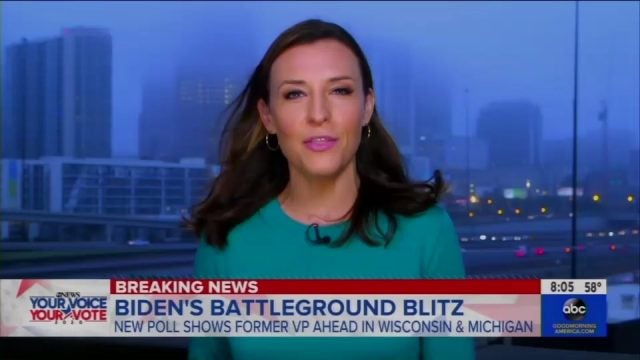 BRUCE: Now, the president’s handling of this pandemic continues to take a toll. Our new ABC News/Washington Post poll shows Biden up by 17 points in Wisconsin. Now, that is a bit more bullish than some of the other public polling, but that also shows Biden improving his position in that key state.

It’s got all these different classifications. The Real Clear Politics average on Election Day 2016 had Hillary up 6.5 in Wisconsin. Today, the Real Clear Politics average — including this ABC/Washington Post poll — has Biden up 7.8. Not 17. So people are freaking out over this. But if you go back to 2016, you see almost identical predictions that Hillary was just gonna romp in Wisconsin.

She was gonna run away with it!

It didn’t matter that she never went.

It didn’t matter that she didn’t go to Wisconsin, ’cause she didn’t have to go to Wisconsin ’cause she was gonna win it big. This is nothing but a voter-suppression poll. It’s nothing but a voter-suppression report. It is a tactic designed to dispirit you. There is no 17-point lead. It’s the same thing it was in 2016, and Trump has been all over Wisconsin. Let’s just wait and see here.

I’m telling you, so much of this seems like an exact replay.