RUSH: I want to start with the effort here that is now in full swing to defeat Donald Trump on November 3rd. We have massive new polling data that shows it is hopeless. Trump may as well quit. He may as well give up. Changing campaign managers, it isn’t gonna matter. Trump is gone, everything but he hasn’t packed and left the White House yet. But, for all intents and purposes, Trump should realize it’s over and he should leave.

We’ve got the modelers back, the COVID-19 modelers who have never been right. These are people saying 150,000 will be dead by the end of July. That’s their latest prediction, the number of coronavirus deaths will top 150,000 by the end of this month, which is just two weeks ago away. We’re currently at 136,000 after five months of the virus. Another model says 224,000 dead by Election Day. University of Washington is this model, the IHME, 242,000 deaths by Election Day.

RUSH: Audio sound bite number 1, using the polls to shape public opinion, not measure it. We told you yesterday that Trump has been coming back, gaining ground. So today, is it a coincide that no matter where you turn in the Drive-By Media, you hear this?

TONY DOKOUPIL: (music) New polls showing him falling further behind in his race for re-election.

STEVE KORNACKI: Trump is not just down, he’s down double digits. 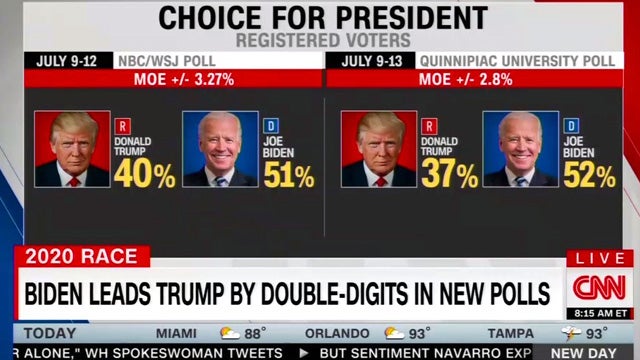 RUSH: A double-digit lead for Joe Biden. Now, how many of you believe that? I mean, some of you are going to, I understand. I mean, there are pessimists out there. There are people who think, “Hey, Rush, ain’t fair, but the way the media is covering things, it’d be understandable if these poll numbers were right.” And I understand your thinking on that. But the problem is there isn’t anybody out there with any great enthusiasm for Joe Biden.

Joe Biden is a nonentity. And the moment Joe Biden stops hiding in the basement — will that day ever come? Will Biden ever surface from the basement? We know he’s not gonna be able to debate Trump. That isn’t gonna happen. Would he ever come out of the basement? Why would he? That’s when he’s at greatest risk.

But there isn’t any personal enthusiasm for Biden. There isn’t a large number of voters out there with a bond or a connection to Biden. Say what you want, it’s about Trump. And therefore this is all in Trump’s backyard. Trump has the total of ability to win this. Biden does not have the ability to win. Trump has the ability to lose it, but Biden’s not gonna win anything. You got a candidate with a D next to their name and you’re guaranteed to get 45% of the vote just on that basis alone. Let’s say 40, maybe 45.

Hogan Gidley is the chief spokesman for the campaign. He was on with Sandra Smith on Fox today talking about the polls. She quoted the Quinnipiac poll to him, that Biden is leading, came out yesterday. This shows Trump at 36% approval. Then she cites the Wall Street Journal battleground state polling. She said to Hogan Gidley, “What’s leadership in your campaign gonna do to turn these polling numbers around?”

GIDLEY: I wouldn’t buy those polls. The same Quinnipiac poll you just pointed out had Hillary Clinton up 11 over Donald Trump in 2016. What do you know? They have Joe Biden up 11 now. So all the pollsters who got things wrong in 2016 are using the same methodology, and what’s worse is the media who report this, these strategists and pundits and poll watchers out there, all these other networks, they know these polls are weighted toward Democrats. 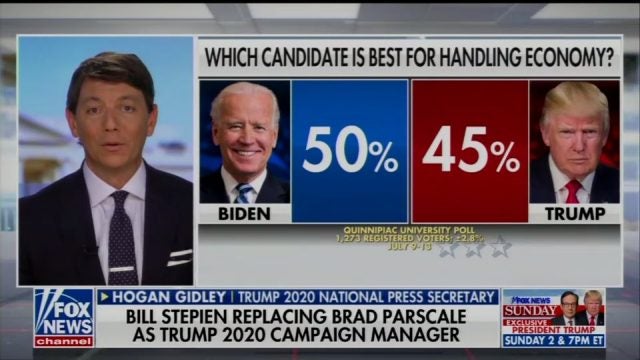 RUSH: They do. The only difference between now and 2016 is that Trump is president and has a record and there is four years of relentless, unstoppable character assassination that has gone on. In the 2016 race, Trump was a joke to these people. They never thought he was gonna win. They laughed at him through much of the campaign.

So the circumstances from four years ago to today are somewhat different. Now he’s president. Now he’s got a record. Now there’s a bunch of stuff, with the nation in the downward spiral, there’s a bunch of stuff they can blame on him and lay on him for responsibility, which, he had none of that baggage in 2016. So you have to keep that in mind. Now, Sandra Smith said, “Well, is there gonna be a shift in strategery at the campaign to turn these polling numbers around?”

GIDLEY: The strategy is to continue to go directly to the American people and explain how this president has worked to improve their lives. As I’ve mentioned on your show before, the compare and contrast with Donald Trump and Joe Biden is stark. You don’t have to guess what America would look like under Joe Biden, you’ve seen it. The economy was horrible. The city streets are devolving into lawlessness and all he says is, “Should we defund the police? Yes, absolutely.” 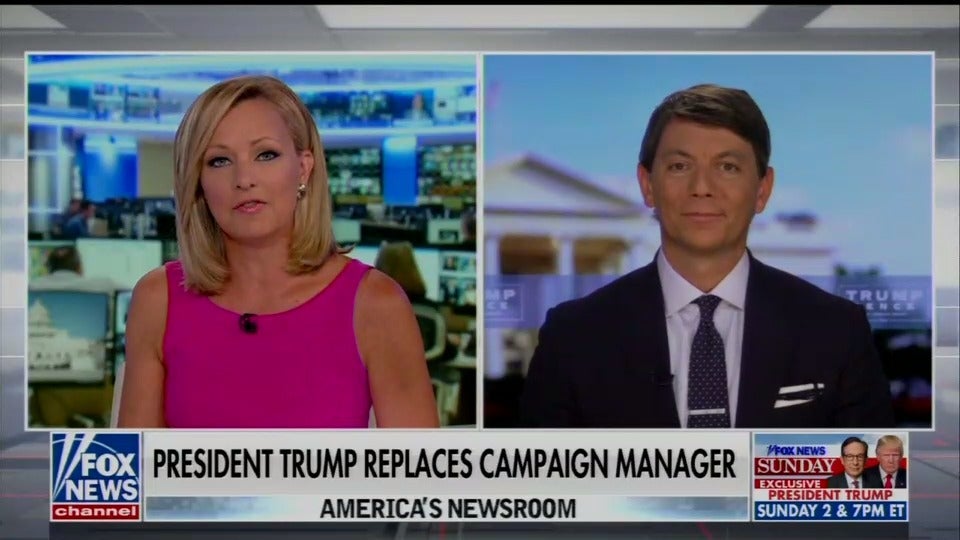 GIDLEY: He was asked about defunding and he said, “Yes, absolutely.” And he said that the police are actually becoming the enemy.

RUSH: Hey, wait a minute. Stop the tape. Who are we listening to here, Candy Crowley? Did you hear what she just said? She just said, “He’s not saying to defund the police, Biden’s not calling to defund the police. That’s a Republican -” I’m sure she was gonna say “talking point.” Hey, Sandra, that is a great Candy Crowley impersonation. The only thing missing is this happening in a debate. Oh, well. You get the point. Hogan Gidley says we’re just gonna keep taking the story to the American people.

Now, folks, I’m sure you have heard — maybe you haven’t — there is a fear on the Democrat side and in the media that there’s a bunch of Trump voters that no pollster is reaching. Now, don’t be worried. They’re not making an effort to understand Trump voters. This is the thing that continually amazes me. They are not trying to understand who Trump voters are, they just hate you.

They still don’t take you seriously. And they seriously believe they’re gonna be able to drive you away from Trump because they think if it is a cult that you can destroy, they can destroy the leader in your eyes, and that’s what they’ve been doing for four years and counting, and they think they’re gonna succeed at it.