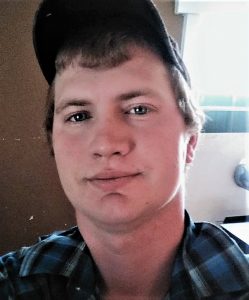 Dustin Dwight Bresee was born in West Plains, Missouri, the son of James B. Bresee and Gina Smith Bresee on March 28, 1991, and departed this life on November 16, 2018 in Caulfield, Missouri at the age of 27 years.

He was preceded in death by his grandparents, Gene and Esther Bresee.

Dustin was a Christian and of the Baptist faith.

He was a carpenter. He enjoyed drawing and playing with his kids. Dustin was an avid outdoorsman and always looked forward to deer season and he also enjoyed fishing.

He loved and cherished time spent with his family and will be remembered as a devoted father, son and brother. Dustin will truly be missed by all that knew him.

A Memorial Service will be held on Saturday, November 24, 2018 at 11:00 AM at the Berean Baptist Church in West Plains, Missouri with Brother Donnie Finley officiating.

Local arrangements are under the direction of Carter Funeral Home, Inc. in West Plains, Missouri.