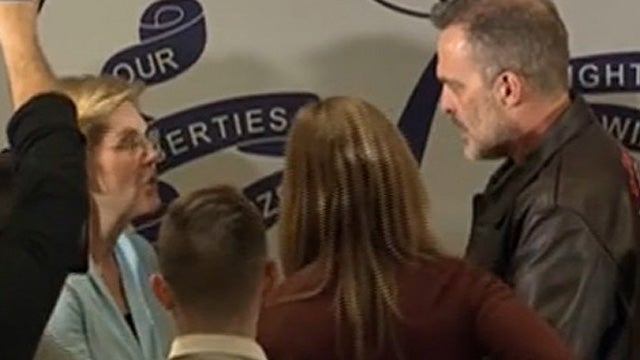 RUSH: Grab audio sound bite number 21. You all remember Joe the Plumber. Joe the Plumber went up and asked Obama, “Why in the world do you want to take everything from me and give it to other people?” And Obama said, “Well, we need to spread the wealth. We need to redistribute the money.” Joe the Plumber became a star for a few news cycles and so forth because of the real-guy question that he asked and how Obama just stepped in it. 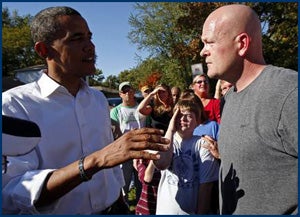 The same thing happened to Fauxcahontas Monday, so it’s earlier this week. (So look how long it took for this to surface.) She was in Grimes, Iowa, during a campaign event. It’s not exactly analogous to Joe the Plumber, but it’s the same kind of thing. She is having a town hall event in Iowa, and she’s talking about forgiving student loans, which, just like I have warned you that the Democrats someday… It may not be in our lifetimes. Someday. In fact, they’ve made the first step already.

They are gonna figure out the one thing stopping them is elections, and what has Schiff done? Schiff has said during the impeachment trial this week that the ballot box cannot be trusted. (summarized) “We cannot entrust Trump’s fitness to serve to the ballot box. We can’t trust the voters! That’s why we’ve gotta get rid of Trump now.” Don’t doubt me. I know when I first made that prediction, that the Democrats are gonna make a move on election, I know the reaction some of you got.

In fact, I’ll bet it was something along the lines of, “Oh, Rush, I just got a friend of mine convinced to listen to you today, and then you go and say something wacko like that. Ah, come on!” How many of you? And now, lo and behold, have I not been borne out on this? And this is just phase 1. They are going to continue making these kinds of moves. Look, these are people who are obsessed with power and their entitlement to it, and votes are the only thing standing in the way.

Take a look at Hillary Clinton. Any number of Democrats have complained about having to campaign and having to raise money and having to go to town halls and having to do all of these events. It is just who they are. Well, here comes Elizabeth Warren, and I predicted at some point during some campaign, the Democrats are gonna make a move on the Millennial vote by suggesting that all student loans should be forgiven.

Fauxcahontas has gotten as close to this as any Democrat has, that all student loan debt will be forgiven. She thinks it’s magic. She thinks it’s something that Americans and their families and the students are gonna just say, “Oh, man, this is great,” because student loan debt is humongous. But who gave us this? Who is it that’s destroyed the value of a college education? I would submit to you it’s people like Elizabeth Warren.

Parents want the best for their kids.

So they get on the bandwagon.

Who runs the student loan program? The federal government does. What good is a college education that takes you 15 years to pay off, 15 years to get ahead of yourself? I submit to you that people either by design or from incompetence have arranged this system to be in the current condition that it is. It’s like, where are all of these deadly viruses coming from? Communist countries. This latest virus that’s got everybody scared to death, where is it coming from? The ChiComs. What’s happening in all of these homeless tent cities in California?

Medieval diseases that had been eradicated are starting to crop up. Do not doubt me when I tell you that liberalism, left-wingism, socialism, communism, whatever? Folks, it destroys. It is not compassion. It is not love. It is not wanting the best for everybody. It is not equality. It’s not sameness. It’s not fairness. It is the epitome of mean-spiritedness! Liberalism looks at people and sees failure, inability. Liberals look at people, average people in their eyes with contempt.

So, anyway, here’s Fauxcahontas making the pitch for forgiving student loan debt. The problem for her is that there are a lot of Americans who have behaved and lived responsibly, and one of them confronted her Monday. This guy said, “Okay. You’re gonna forgive all of these people who’ve taken out all these loans for their kids. What about me? I worked two jobs. I sacrificed going on vacation.

FATHER: I just want to ask one question. My daughter’s getting out of school. I saved all my money. She doesn’t have any student loans.

FATHER: Am I gonna get my money back?

WARREN: (laughs) Of course not!

FATHER: So you’re gonna pay for people who didn’t save any money, yet those of us that did the right thing get screwed?

WARREN: No, it’s not anybody got screwed. When we started —

FATHER: Of course we did. My buddy bought a car and went on vacation. I saved my money. He made more than I did. But I worked a double shift, worked the extra time. My daughter’s worked since she was 10.

FATHER: So you’re laughing at her.

FATHER: Yeah, that’s exactly what you’re doing! We did the right thing and we get screwed. 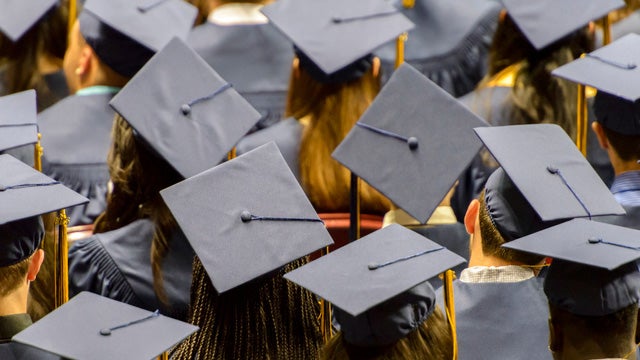 A lot of people came here and became legal immigrants and then citizens, and they hear the Democrats talking about opening the border and letting anybody in, letting anybody become a citizen as soon as they can, “Don’t worry the law,” and they say, “What about me? I followed the law. This isn’t fair,” and the Democrats laugh at them and smirk at them — and the same thing with this guy. And he’s got a valid point: “If you’re gonna start giving away federal money to people who have not lived a responsible life or not done things to deserve it, what about me?

“Are you gonna give me my money back that I spent on my daughter’s education?” (laughing) “Of course not. What are you, crazy?” So in Elizabeth Warren’s view, everybody that has unpaid student loan debt is poor, is downtrodden, is miserable, has somehow been victimized by the unfairness of America — and she thinks there are far more of those people than there are responsible people. So she’s firing her shotgun trying to hit the biggest number of people she can by announcing a giveaway policy.

And she’s confronted by somebody saying, “Wait a minute. Wait a minute. You’re giving away, essentially, my money to people who have not behaved responsibly. I assumed responsibility of getting my kid in college. I didn’t take out any loans. I didn’t borrow any money from anybody, and I’m not using anybody else’s money. Am I gonna get mine back? If you’re giving money away, am I gonna get mine back?”

“No, of course not.” Now, in my mind, this shows you who Elizabeth Warren really is. She doesn’t care about people. She cares about controlling people. This morning on CBS, I guess she was on there. The cohost, Tony Dokoupil, said, “Look, last night there was a video surface. A lot of people talking about it today. For Americans who are in that guy’s position who felt they did the right thing, and bailing out those who didn’t is not the right thing to do, what’s your response?”

WARREN: Look, we build a future going forward by making it better. By that same logic, what would we have done, not started Social Security because we didn’t start it last week for you or last month for you?

RUSH: Ohhhhhh. So it’s just I matter of timing. So we’re gonna start this policy today, and if you happened to live responsibly yesterday and the week and the month and the years before that, sorry! Too bad. “We build a future going forward by making it better.” It doesn’t make it better. This is the kind of stuff that divides people. The Democrats running around talking about how they are unifiers, and they have the compassion and understanding. I think this is a great sound bite.

I think this illustrates a rising awareness on the part of average people to who liberal Democrats are, and what they stand for and how destructive their policies are. It’s things like this that make Trump look even better day to day.