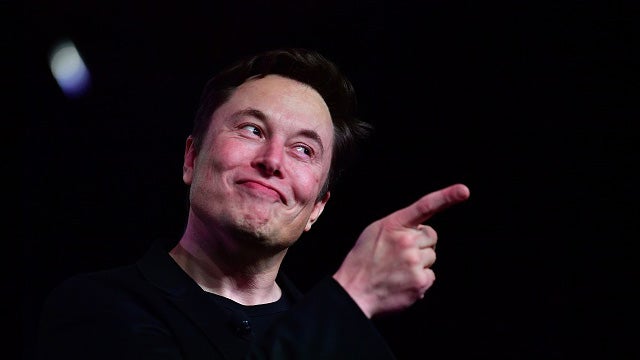 RUSH: I got inspired to do that little 10-minute maybe 12 minute monologue on how we better grow up here and realize that this virus is something we can’t wish it away and we can’t pretend we’re gonna have a magic cure for it down the road within the next couple months or something. We’re gonna have to deal with this. We’re gonna have to figure out a way, because “it is what it is.” We gotta go about our daily lives with the virus there. That’s what happened in 1917, ’18, ’19, with the Spanish flu. You just deal with it.

You know, Elon Musk, how many of you guys out there like Elon Musk? (interruption) I know, you get warm and cold. But he said something yesterday — let’s see. Did I print this out? I think I did. Yeah, I did. It was in an interview, and he said he gazes out at America, and he says there’s way too much entitlement among our young people. Way too much. Meaning people just expect things. They expect success. And they expect it to be bestowed upon them. I don’t mean given, although some might have that expectation, but they expect it to bestowed. Whatever they want, they expect to happen.

It’s what, I guess, America means to certain people who, sadly, have not been taught the truth about this country in practically any way. You know, by comparison he said the ChiComs rock. Now, I disagree with that but he’s gotta do business with them. And that’s one thing that we have learned about the American big tech sector, is that they will bend over as far as they have to to keep the ChiComs happy. It’s a huge market, it is a massive market. If you’ve got a product failing in the United States, you can make up for that if you can have a success story in China.

So he’s out there praising the ChiComs and saying that we’ve got too much entitlement. And he means primarily among young people. But I know what he means. People expect things. They expect to have them bestowed. They see, you know, you’re 30 years old, you’re 35, you’re running around, and you see 55-, 60-year-old people, and you see them with the trappings of success. And you think “Okay. That’s what America is, where’s mine? I mean, I don’t have it yet, but how is that gonna be arranged for me?” And you know that that’s the case.

Have you encountered people who now want to make fun of the old adage that hard work pays off? Do you realize that’s become almost, as far as a lot of young people — not all — as far as a lot of young people are concerned, the old adage about working hard and not quitting and remaining committed, that’s just old-fashioned stuff that’s not relevant anymore. And it’s a lot of times a lot of people making fun of the idea of working hard. No, no. That’s what our grandparents thought, they say. That’s what some of our parents thought.

It actually is being besmirched, the whole idea of hard work, working hard pays off. There are people looking at other successful people and they’re saying, “Well, how’s that gonna happen for me?” They expect somebody to provide it or make it happen. Some may think that it’s gonna be given to them, but, I mean, I’m talking about an attitude here. When I was young — I’ve told you this — when I was young and not making any money at all and I was not in any way living what I thought was a success track life, I wanted to be. But I wasn’t at the time.

But it’s different today. You drive around those neighborhoods today and you have nothing but resentment. And you’re told that white privilege created that neighborhood.