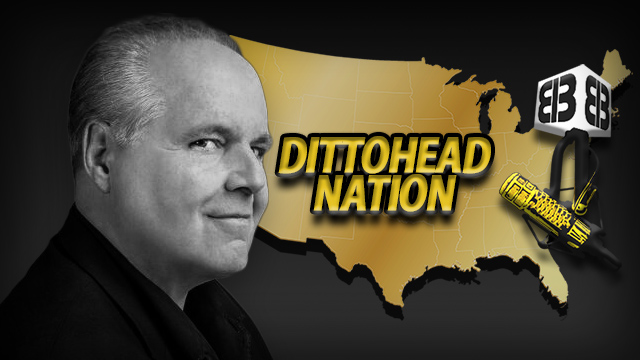 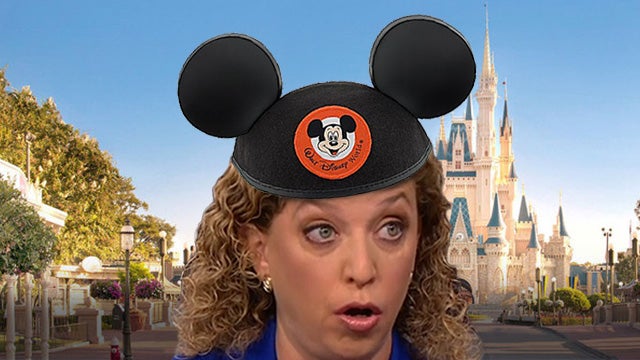 RUSH: Here is Janice in Wayne, New Jersey. Thank you for holding and it’s great to have you on the program. How are you?

CALLER: Rush! After 30 years you’re on the phone? (giggling) I’m talking to you? Woohoo! 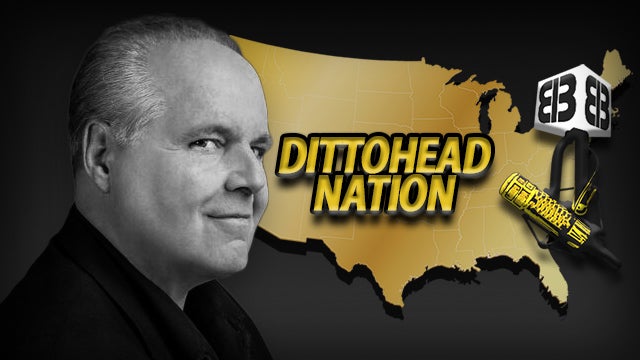 CALLER: Thank you, Rush. Oh! You have to be the tiebreaker, though. And I think my husband and son did this because they never thought I would get through on the phone. But please be the tiebreaker to this one.

RUSH: Uh, tiebreaker for what?

CALLER: We were in Disney World on Father’s Day, and guess who was next to us? Debbie Wasserman Schultz. I wanted to —

RUSH: So you and how many of your family? You’re up in Orlando?

CALLER: We were up in Orlando.

RUSH: Or “down in Orlando” in your case.

CALLER: Down in Orlando from us, from New Jersey.

RUSH: Right, down. Yeah, I got that right geographically.

CALLER: So my husband and my son just wouldn’t let me do it. I said —

CALLER: No, no, no. (laughing) We were in Epcot. Okay. We were going down a path. She walked right in front of us with a gentleman. I don’t know if it was her husband. She was barking orders for him to come back.

RUSH: Had to be her husband.

CALLER: That probably was her husband. Nobody else was around her, was just her and him, and I wanted to politely ask her when she was going to board the Trump train. So she was standing in a line, and I was there, and I was saying to my husband, “I have to go up to her; I have to go up to her,” and him and my son held me back. I said, “I would really like to ask her about the IT scandal and Awan and everything that was going on.” They said no. But I wanted to at least… Then I calmed down and I said, “Let me just at least ask her when is she boarding the Trump train,” and they wouldn’t let me, and I think I had a missed opportunity there.

RUSH: So you want to know if I think that you should have asked her that question or whether I think your — 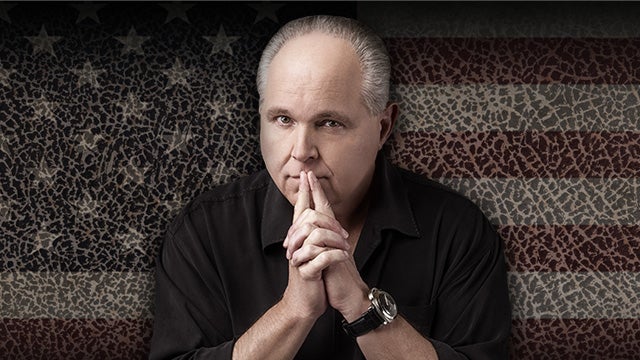 CALLER: Yes, and I will take your opinion because you are “Rush the Rational” in our household.

RUSH: Well, I probably think that while you might have gotten some satisfaction out of it, it was probably wise to restrain yourself because of where you were.

RUSH: And because of her volatile nature.

RUSH: Remember you’re dealing with a liberal who could call the cops on you for harassment or any number of things — and she would no doubt hear that as taunting. “Hey, it’s Debbie Wasserman Schultz! Hey, what are you gonna get on the Trump train?” She would have either ignored you or she would have come back at you — and if she would have ignored you, you probably would have asked again. Right?

CALLER: Okay. Yes. You’re right. You’re right. This was the exact week before this happened to Sarah Sanders and Kirstjen Nielsen and Scott Pruitt and everybody where the Democrats get in their faces, and I said to my husband, “When do we get our say? When is it our turn?”

RUSH: Well, now, you could have chosen something else to say and then I might have agreed that you could have done that. You could have said, “So happy that you arranged for Hillary to win. It really helped Trump, and I wanted to thank you for helping Hillary win the primary.” If you wanted to tell her that, I would have encouraged you to do it.

CALLER: You would have? I should have come up with that.

RUSH: Now, they’re shaking their heads on the other side of the glass. “No, no, no, no, don’t advise people to do this, Rush.” Well, you are probably, in the long term, you’re probably the better person for restraining yourself here and not — it would have been provocative at Epcot. You know, it’s one thing to do something like that if she’s holding a town meeting, a town forum —

CALLER: Oh, God bless you, Rush. You are my hero. You are the voice of sanity and you are Rush the rational in our household, and we just love you.

RUSH: Well, thank you. I love all of you, too, out there too. I really do.

CALLER: Thank you for all you do for America.

RUSH: How much time did you spend there?

CALLER: Six days. It was beautiful.

RUSH: Cool. It was your first time?

CALLER: No. No. We were there three other times.

RUSH: Did Debbie “Blabbermouth” Schultz seem to be having a good time?

CALLER: No. No. She had her face on that she always — not even happy looking. She didn’t even look happy. Maybe she’s there a lot, you know, because she lives down here, but she just did not look happy.

RUSH: Well, I don’t think that’s unusual. I don’t think they ever look happy whether they’re wearing vagina hats or, you know, some cockamamie weird T-shirt. I think the left is incapable of happiness, frankly, which is another reason why it was probably wise that you didn’t, because you would have appeared happy and having a good time. That would have just really irritated her. “Hey, Debbie, when are you gonna get on the Trump train?” Somebody would have popped their iPhone out and you’d be on video all over social media. (laughing) Some people think that’s worth it. I happen to not, but some people do.

CALLER: Thank you, Rush. It’s a pleasure to talk to you. I was told I had to hurry and get right to the point so I’m gonna try and say, when you’re talking about the elections and the meddling, it’s like, what election are they talking about? Because every single county has an election, and their election results roll up to the state, and then the state rolls up to the federal. So there is no one general election. Every single county has their own individual election.

CALLER: So did they meddle in every single county election?

RUSH: Yes. They meddled in the presidential election and we’re supposed to acknowledge this.

RUSH: Even though Obama has said, because of what you said just now, Obama has said it’s not possible to alter the outcome of a presidential race. You simply wouldn’t know where to go to start faking things, beyond what the Democrats already do. You wouldn’t know, if you’re an outsider like the Russians, where to go.

Well, then if it didn’t, then what the hell is the big deal about them meddling, if it didn’t have any impact at all? Which, again, Rosenstein said — look, folks. They are eager Trump to step in it somehow. They want the headline in the story: “Trump acknowledges his presidency may be in doubt.” Something like that is what they want. They don’t care factual, true, or not. They just need Trump to say something that will permit them to write that headline.

And Trump knows it.