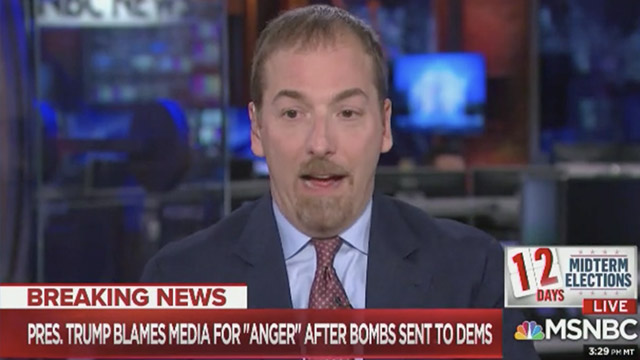 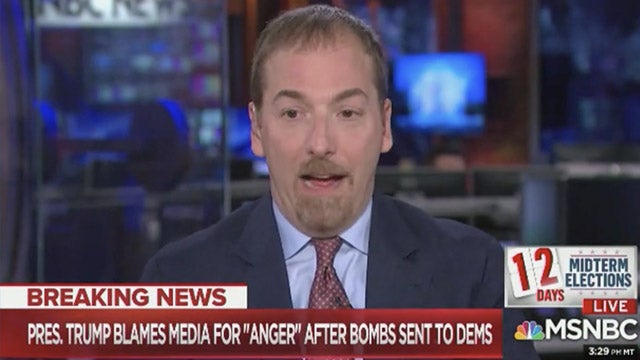 RUSH: One of the things that I had intended to share with you today is that Chuck Todd was on PMSNBC yesterday.

We have the audio.

I lifted the ban on MSNBC to report this, that Chuck Todd said that he was afraid the Russians were behind this scare. “Chuck Todd said he fears the Russians could be responsible for the mail-bomb scare that has targeted top officials in the Democratic Party, as well as CNN and actor Robert De Niro on Thursday. ‘I have this fear that it could be some Russian operation too, designed to do what’s happening now,’ Todd said,” and that sows all of this confusion.

Chuck “Todd added that we shouldn’t rule out that possibility and that the mail-bomb scare is dividing the country,” and that’s what its purpose is. This is on his show called Meet the Press Daily. The Russians. What is noteworthy about that is that here you have the moderator of Meet the Press, F. Chuck Todd, who still believes, despite the fact that we haven’t seen any evidence, despite the fact that there isn’t any evidence, Chuck Todd is still operating under the belief the Russians stole the 2016 election.

Somebody whose mind may be closed and made up about something that did not happen — and, in fact, the exact opposite is what happened, as we all know. Hillary and her team were doing the colluding with Russia. But that doesn’t matter. The director, the moderator of Meet the Press, thinks the Russians could be behind it, because in Chuck Todd’s view, this whole thing was bound and determined to help President Trump, which means the Russians would have been… Well, the way people think amazes me.