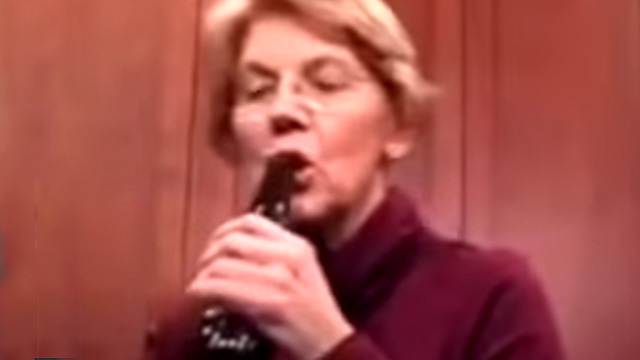 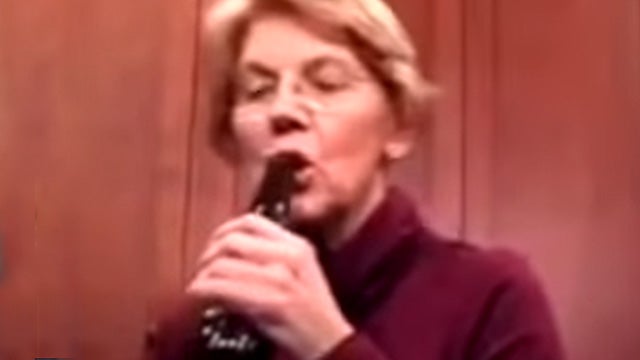 RUSH: Jim in Virginia Beach, Virginia, as we head back to the phones. Great to have you on the program today, sir. How are you doing?

CALLER: So I was thinking a lot of the same things you were thinking and you had a great monologue, kind of put it all together for all of us, and you took your first obscene commercial break profit time-out, and I was thinking, well, look at all Trump’s done over the last two years while all this white noise is going on and continues to do. And so far the rest of your show has kind of followed that track. Just wanted to call, welcome you back. Thank you for being a national treasure.

RUSH: Somebody has to do it.

CALLER: He took a four-year job. I think it’s gonna be eight.

RUSH: That panics the left, the idea that Trump could be reelected. They’ve created this reality here where Trump is already defeated. When the Democrats won the House, that means Trump’s already lost. And so now they’ve got going, they’re ramping up on the 2020 Democrat primary season, which is already started. And I think that there are 20 of them out there, or maybe I’m exaggerating. You got Fauxcahontas, you got Kamala Harris. You got all these people.

Have you noticed that all of these Democrats are producing videos of themselves in the kitchen swilling beer? In fact, I’ve got audio sound bite support of this coming up. I’ve got 43 sound bites today. I could do nothing but sound bites on this program today. Sixteen of the 43 are me! The Drive-By Media claiming that I’m responsible for this, that Trump will not come off of this because of me. And to a lesser extent, Fox News and some others.

But, I mean, somebody’s telling them, “Yeah, you’ve gotta go out there and do a video in the kitchen, open a bottle of beer, swill it around in your mouth and talk like real people.” The Democrats are showing us that they have a jaundiced view, a perverted view of the people who elected Trump and who they are, and they’re already attempting to appeal to ’em.

This is gonna be a fun free-for-all when these people get going. Because when they start ripping into each other, which they will, each one of them is gonna be attacking the other for not being radical left enough. It’s gonna be fun to watch.

RUSH:  I just dug deep here in the sound bite roster and find these things.  It’s Nos. 29, 30, and 31.  This is what happens to people who think they’re smarter than Donald Trump.  Now, Donald Trump also… What’s he been doing in regard to Elizabeth Warren?  He has been calling her Pocahontas.  He’s been mocking the fact that she claims to have 1/1024 Indian blood and therefore she’s a minority and a person of color and got hired as a law professor at Harvard on that basis.

Trump has been making fun of her to the point that CNN infobabes ask, “Why does he keep calling her Pocahontas? Why?”  They’re totally oblivious!  So if some leftist Harvard professor comes out and says, “Yeah, I’m 1/1024 Native American,” they just lap it up. They just believe it. They just swallow it, they just digest it, and it’s true.  Even though one look at Elizabeth Warren… She may look like a lot of things, but she doesn’t look like an Indian.  So Trump’s out there calling her Pocahontas, Pocahontas, Pocahontas.

He finally forces her to go take a DNA test, and then she reports the result of the DNA test and everybody’s laughing at her about it and making fun of her about it!  Donald Trump totally forced her out!  She thinks that she’s 10 times smarter than Donald Trump and he has just made her make a fool of herself, to the point now that she’s had to admit it.  She’s in Sioux City, Iowa.  Sioux is an Indian name, by the way.  At a Sioux City, Iowa, campaign event, Fauxcahontas said this about her decision to release the results of her DNA test…

RUSH:  There you go.

RUSH:  Doesn’t matter.  What does anybody hear? “I am not a person of color.”  Wait a minute!  You tried to portray yourself as a person of color at Harvard and as a minority for benefits.  Donald Trump has forced her (even after the DNA test) to start explaining the difference between tribal citizenship and tribal ancestry, and the crowd in Sioux City is going (yawning), “Wake me up when it’s over.”  All they heard was, “I’m not a person of color.”  Bill Kristol didn’t push back on it.  Mitt Romney didn’t push back on her.

Mitch McConnell didn’t push back on her.  Nobody.  Paul Ryan didn’t push back on her.  They just sat there and let her get away with it.  “We can’t be critical of her. She’s a woman! Leftists, uh, will call us sexists.  We can’t say we’re…” Donald Trump’s out there saying, “Pocahontas!” at all the rallies, and people are laughing themselves silly and having fun with it.  She’s being made a fool of, and she’s the one that thinks that she’s twice as smart as Trump is.  This is what happens to people who think they’re smarter than Donald Trump.  So Monday night, New Year’s Eve, Elizabeth Warren’s Instagram page.

This is where she’s posted a live video, a Q&A with her followers, and she has to pause to grab something to drink…

RUSH: (translation) “I’ll pass on the beer for now.  I’m gonna get some single malt scotch when you finish this stupid display.  We don’t drink beer.  What are you doin’, Elizabeth?”  That’s what he’s saying to himself.  “We don’t drink beer, Elizabeth.  For crying out loud!”  So here’s Elizabeth Warren. “Hold on a sec, fans. I’m gonna get me, um, a beer,” and then make sure you clink the bottles, ’cause that’s how they do it in the they have shows and then you flip the cap off.

“Heeeeey! My husband Bruce is now in here.” It’s the first time we ever met him, just like we never met Patsy Schroeder’s husband ’til it was time for her to cry on his shoulder. All of a sudden now when it’s time for a beer, we find out this woman’s got a husband that she’s willing to display, and he doesn’t even want to join her in the beer!  Can you imagine the bickering in that household when that video was over? 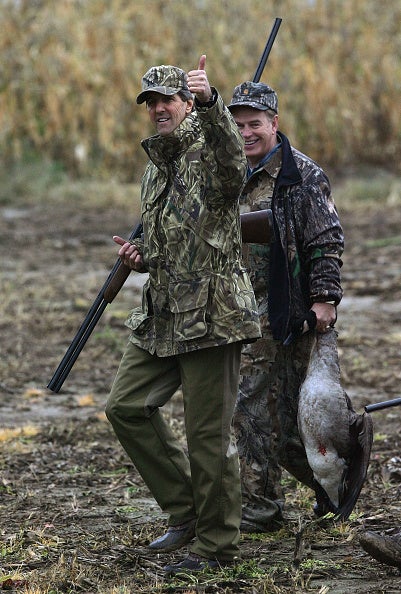 KERRY:  Can I get me a hunting license here?

RUSH:  The guy who lives on arugula and brie is asking, “Uh, is this where I get me a hunting license here?”  What is it with these people?  “I’m gonna get me, um, a beer.”  “Can I get me a hunting license?”  This is why you can’t help but laugh at these people.  At the same time, it is eye opening that anybody takes these phonies, these good-time rock ‘n’ roller, plastic bananas seriously, but they do.  But they have to pretend.

They have to pretend and act in order to relate.  I’m telling you, their noses are so high in the air that they can’t help but than look down on every voter.  Not just Trump. (interruption) Oh, yeah! John Kerry ordered Swiss cheese on a Philly cheese steak sandwich. He goes to a Philly cheese steak shop in Philadelphia and asks if he can get Swiss cheese.  That remember?  He probably asked for Grey Poupon as well, but the cameras missed it.